While Miley Cyrus tends to have an extreme fondness for wearing designers like Chanel and Dolce & Gabbana while she’s on stage, for her upcoming “Bangerz” tour, she’s decided to go a slightly different route. New York diva designers The Blonds—who have previously outfitted pop stars like Britney Spears and Beyoncé—will be putting the 21-year-old in their sparkly bustiers and corsets for the tour.

MORE: The Blonds on Their Spring 2014 Collection 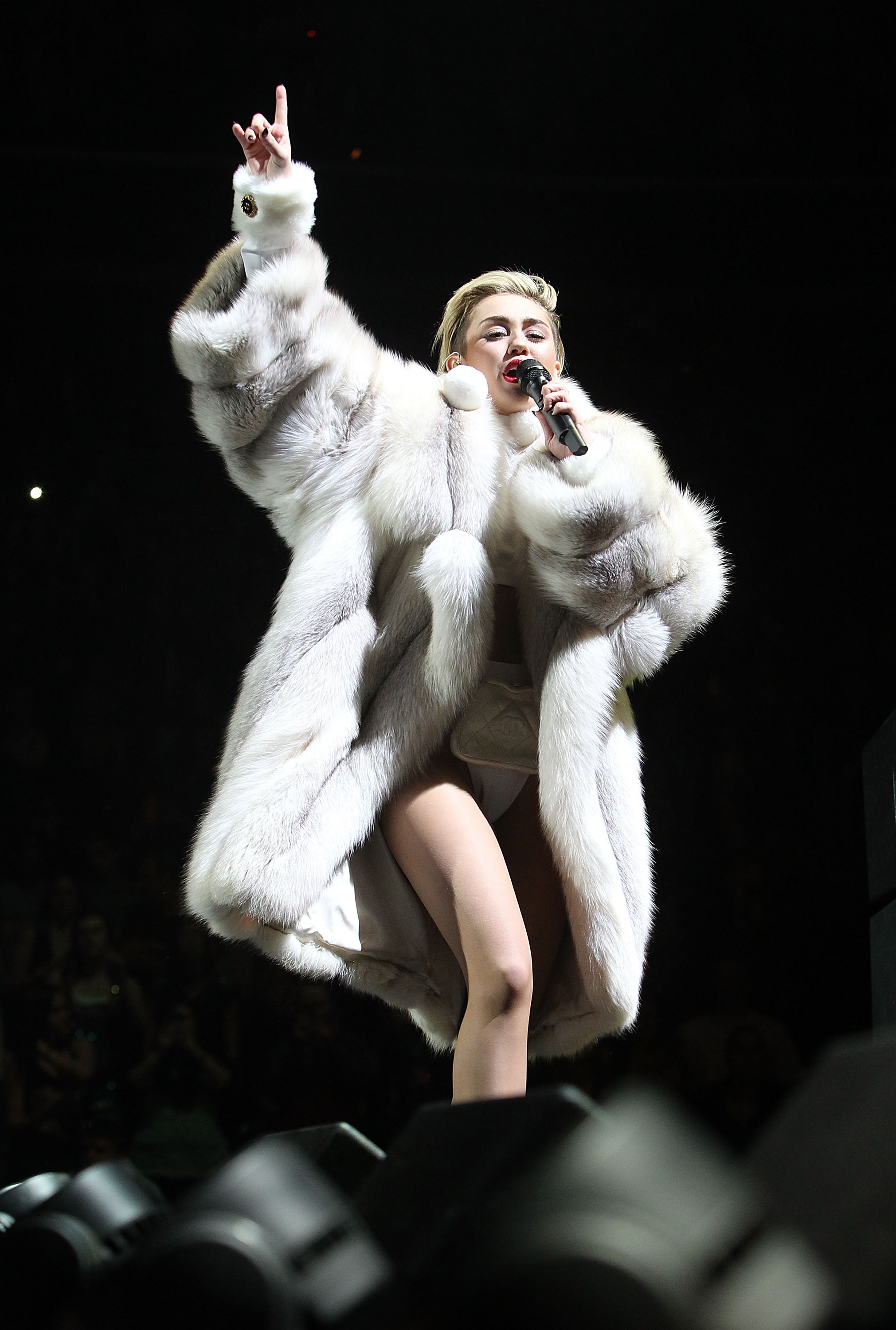 The sartorial transition, which Miley revealed on Twitter, should actually be a really interesting one to behold, because Miley has a penchant for mostly wearing barely-there leotards and two-piece ensembles (see above). The Blonds, by contrast, usually create ultra-feminine silhouettes that err on the side of caricatures of the female form—they’re the ones who made the exposed-nipple bustier for Beyoncé’s Mrs. Carter Tour, as well as the plunging sequin-and-feather bodysuit from Britney’s single cover.

MORE: Britney Rocks an Off-the-Runway Outfit by The Blonds

Miley’s tour officially kicks off with an appearance in Tacoma, Washington February 16. We’ll be stalking Instagram to try to catch the first glimpse of the star in her Blonds garb. We expect nothing but sequins, glitter, and feathers!