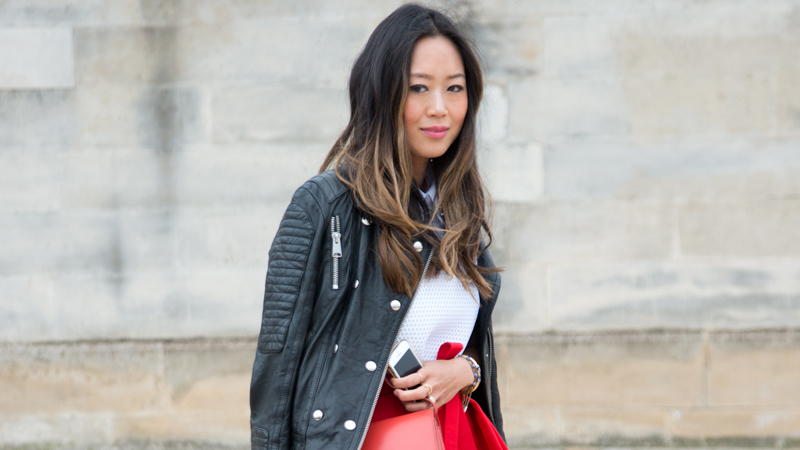 It’s no secret that certain fashion bloggers are making big bucks by commanding top dollar for everything from appearances to collaborating with designers. Just how much they’re raking in, though, might come as a bit of a shock: Women’s Wear Daily is reporting that certain top-tier bloggers are now earning upwards of $1 million a year. Let that sink in.

MORE: 25 Plus-Size Fashion Bloggers That Are Changing The Game

Some examples of how fashion bloggers are pulling in that kind of cash: According WWD, Stuart Weitzman reportedly paid The Blonde Salad’s Chiara Ferragni about 30,000 euros, or more than $40,000, to attend its Milan flagship opening last year. Bryan Grey-Yambao, better known as Bryan Boy, meanwhile received $15,000 for attending the same event. Coty Inc. reportedly paid $1,000 to $2,000 to various bloggers to write a post about Marc Jacobs’ Daisy fragrance campaign.

Perhaps the biggest revenue stream for bloggers, though, comes in the form of affiliate links. Here’s how it works: Let’s say a blogger like Aimee Song of Song of Style writes a post on her blog featuring a J.Crew blouse. A link on her site will drive her readers to JCrew.com to check it out, and some will end up purchasing that blouse because of Song’s’s recommendation. In the end—thanks to a partnership Song has with an affiliate link platform—she’ll make money both from the click onto JCrew.com and a commission from your sale.

Interestingly, the top-earning bloggers from affiliate links aren’t the bold-faced digital names you’d expect. Affiliate link platform RewardStyle says its top earners can make more than $80,000 a month solely on affiliate commissions, with Nashville-based Mary Seng of Happily Grey, Chrissy Ott of The Perfect Palette, and Erin Gates of Elements of Style on the company’s top 20 list. Salt Lake City-based Rachel Parcell of Pink Peonies is another top earner, who, based on RewardStyle’s data, will make upwards of $960,000 from affiliate programs alone this year. She’s raking in even more from partnerships, including one with J.Crew.

Other bloggers in the $1 million club? Tina Craig and Kelly Cook, of Snob Essentials, who industry insiders speculate will make more than a $1 million this year. The duo have everything from a handbag line, to appearance fees, to affiliate links in their moneymaking arsenal.

Take into account that just a few years ago bloggers were struggling to get invited to fashion week, and the meteoric rise of certain bloggers is even more impressive. We’ll be watching who joins the million dollar club next.