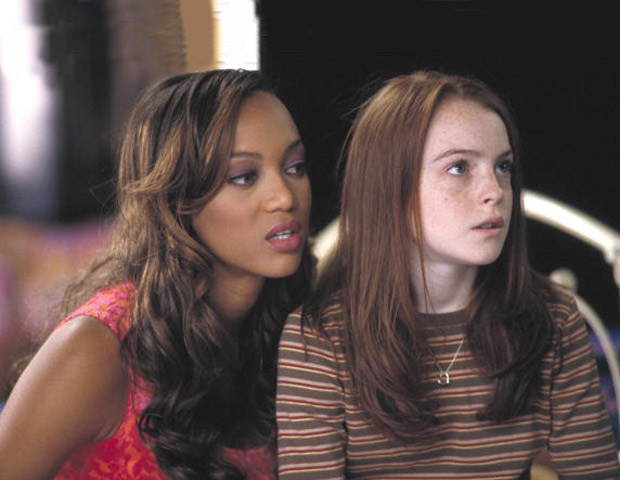 It’s been quite a week for TV movies that are somehow related to Lindsay Lohan. Last night’s premiere of  Lifetime’s “Liz & Dick” (in which Lohan starred as a middle-aged Elizabeth Taylor) has been trashed by critics, and now it’s just been announced that a sequel to her 2000 Disney Channel flick “Life-Size” is on its way.

In case you don’t recall (something we can’t entirely blame you for), “Life-Size stars Lohan as a little kid and Tyra Banks as Eve, a doll that comes to life. The tagline for the movie was, “She was a perfect doll. Now she’s the real thing.” Fortunately for anyone who saw “Liz & Dick,” Lohan won’t be back honing her acting chops for the sequel—but Banks will, according to Variety, which also confirmed Banks will serve as executive producer.

“Life-Size” debuted to a whopping 13.6 million viewers and has had considerable success on video and DVD, so it sort of make sense a follow-up is on the way (even if it’s over a decade later). We are, however, surprised that the mega-busy Banks (whose fast on her way to becoming the female version of jack-of-all-trades James Franco, sans the Harvard thing) chose to participate. No word on when, exactly, the sequel is set to air.

Who remembers “Life-Size,” and who’s psyched for it? Let us know in the comments section below!