Blake Lively and Ryan Reynolds are one of our favorite couples. They always seem madly in love, are willing to make fun of themselves and each other at whatever cost, and have an adorable little family at home. Lively and Reynolds just went on a date in NYC and the photo proof is fab. The couple remains fairly private about their life behind the cameras, except for when they hit the red carpet at the power team they know they are.  Aside from hilarious tweets from Reynolds and the occasional Instagram update from Lively, it’s rare to see these two out and about. They keep quiet in their home outside of the city and are trying to raise their children in as normal an environment as possible. That’s why it was such a thrill for fans to see Lively and Reynolds out and about in the big apple.

The parents of three enjoyed an evening out and saw the Steven Page Trio play at City Vineyard in TriBeCa. Reynolds shared a photo on his Instagram story with the band after the show. “Beautiful night with the Steven Page Trio,” the Deadpool actor wrote below the photo. The shot was taken outside with the river behind them. Prime local for a photo-op. Although…were they cold? Cause like, NYC is entering winter at the moment and it was anything but warm last night. Lively was the most bundled—with a black coat and striped scarf, so we’re guessing she could stand the chill. Still tho…that close to the water? It gets v windy. Lively’s long blonde hair seem to blowing in the breeze. 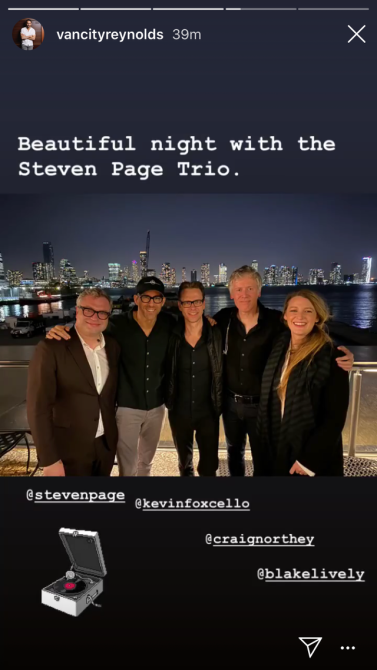 Fans are rarely privy to an inside look in Lively and Reynold’s life. That said, the Green Lantern actor has been sharing a lot more photos of his beautiful wife this fall. Reynolds shared a selfie of him and his wife from their date last month. At the beginning of October, Reynolds posted the funny photo from their dinner at TAK Room. 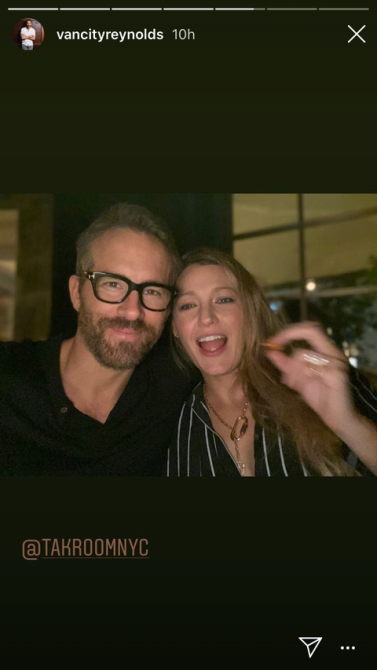 Shortly after this photo came out, outlets began reporting that Lively and Reynolds had already welcomed their third child into the world. Those reports were confirmed. Turns out the two lovebirds are better at keeping a secret than Kylie Jenner! The newborn’s name and exact birthday have yet to be announced, but we’re guessing the parents will keep it as quiet as long as possible. Reynolds did share a photo of his new baby girl on Twitter recently, although you can’t see much of her face behind his drawing. LOL.

Lively and Reynolds ain’t the only parents keeping their children off Instagram. Dax Shepard and Kristen Bell (also couple goals FYI) always share photos with their kids and family, but they use stickers to protect their children. Peep the reindeer and Christmas tree emojis.

And so many smiling purple hearts:

The couple feels strongly that children shouldn’t be photographed just because they’re a celebrity’s child. Bell and Shepard took a strong stance against paparazzi in 2014 with the “No Kids” Policy movement.

Seems like Reynolds and Lively like to follow suit. Although, they did debut their daughters publicly for the first time in 2016. The whole family celebrated Reynold’s star on the Hollywood Walk of Fame. Adorable. 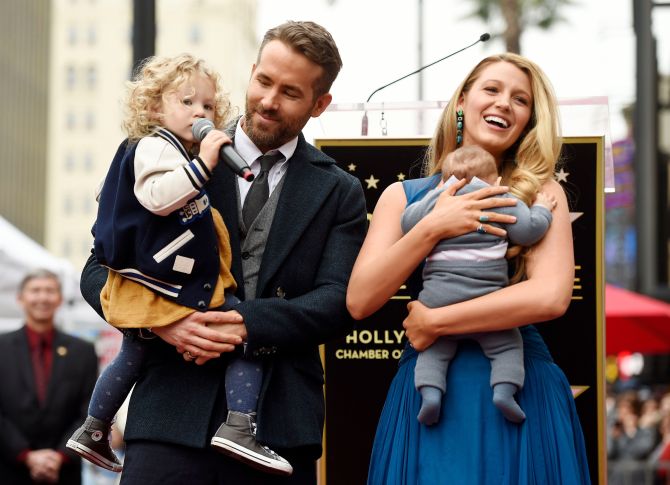 James and her mom were very proud of dad: 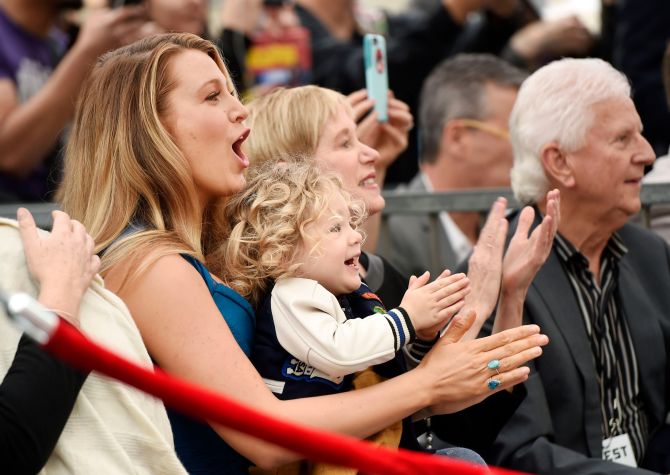