Since the news broke in June that former Teen Vogue editor Eva Chen would be taking the reigns as editor-in-chief at shopping magazine Lucky, the industry has been eagerly waiting to see how Chen would revamp the long-struggling glossy, along with the help of Anna Wintour, who reportedly hand-picked Chen for the gig. Today, a first image surfaced of the glossy’s September issue, and it’s definitely different.

Blake Lively is the magazine’s cover girl, and looks stunning in a high-style, ready-for-fall oversized coat from Gucci. The cover design is updated as well, featuring cleaner (slightly Vogue-y) fonts and less neon, girly color schemes, making the overall feel more grown-up and definitely a bit chicer. And the logo itself has also been tweaked to appear thinner, brighter, and to generally communicate a sleeker feeling.

What do you think of Blake’s cover? Check out last year’s September issue for comparison, and let us know your thoughts! 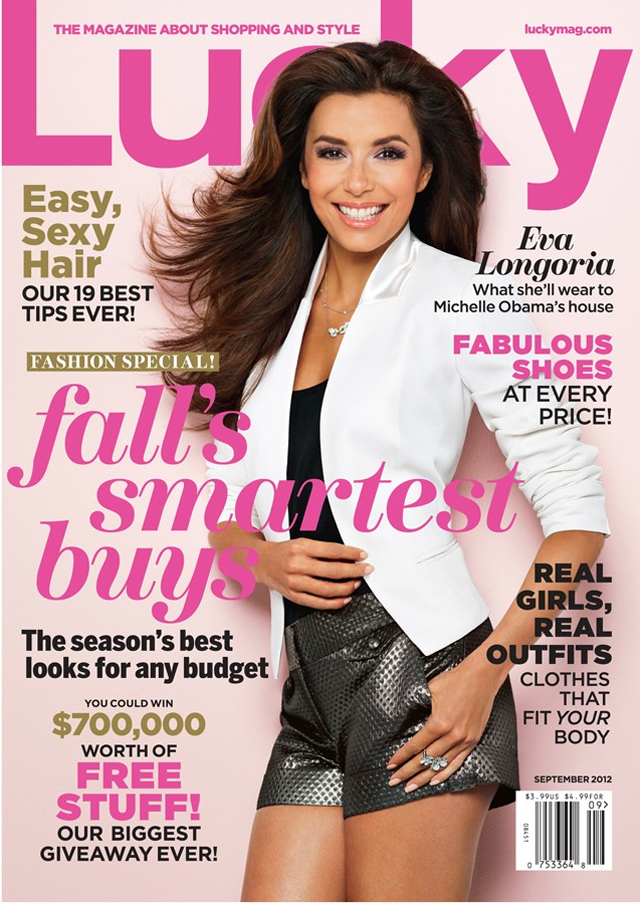 Eva Longoria on the cover of Lucky’s September 2012 issue.

MORE MAGAZINE COVERS ON STYLECASTER:
Beyoncé Is Naked and Covered in Glitter On The Cover Of Flaunt
Kerry Washington Lands the Cover of Vanity Fair