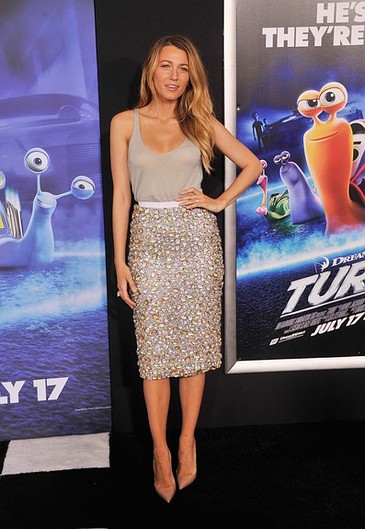 Blake Lively knows, since the “Gossip Girl” cash cow has now gone to pasture, she’s going to have to pursue other ventures to stay relevant. The star shared with Vogue UK that she is currently in the planning stages to launch a new, mysterious company centered on “living a one-of-a-kind, curated life.”

Aside from that minute detail, all we know is that Lively aims to launch the company within a few months. But based on what she says, this company could literally be anything. It’s not described as a wesbite, a newsletter, a boutique, or anything else remotely precise.

What it does sound like is that Blake took meetings with some of the others amongst the slew of former actresses/models who have abandoned their former careers to pursue something more longterm. (Ahem, Gwyneth Paltrow’s Goop, Jessica Alba’s Honest, Iman’s makeup line, Kate Moss’ bizarre line of tech accessories, etc.) At which point she learned the value of a buzzword.

MORE: Blake Lively vs. Scarlett Johansson: Whose Bling Is Better?

Some of the best buzzy terms in Blake’s announcement include: “storytelling,” “lifestyle,” “curated,” “without a genre,” and “passions.” She goes on to talk about another unnamed project: the first movie she did after filming concluded on “Gossip Girl.” (And no, she didn’t release any details on that either.)

Head over to Vogue UK to read more about Blake’s non-descript projects in the works! Though we can’t promise you’ll learn much.