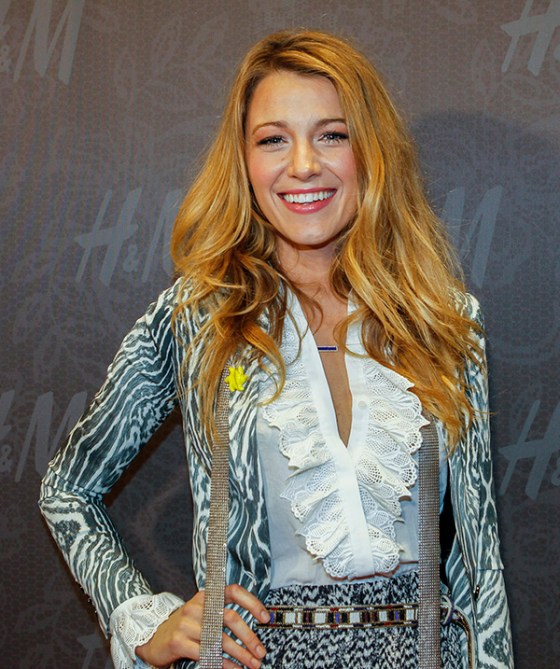 Blake Lively is a bit of an odd bird, we’re coming to realize. Aside from the fact that she’s launching a self-described “vague” new website project (“I’m still being very vague, intentionally,” she says of the new initiative), she’s got a very, shall we say, “quirky” sensibility. In a recent New York Magazine interview, the former “Gossip Girl” star notes that while she’s technically the face of Gucci fragrances, she thinks she smells like cookies. “Chocolate chip, with a lot of pecans.”

Specifically, Lively thinks she smells like “leather and wood and chocolate chip cookies.” And that’s hardly the strangest thing she said in this interview! Lively also admitted to having never really been on a date before. “My first date must have been my first boyfriend, when I was a senior in high school. And you don’t really go on dates then. You know what I mean? I’ve always dated people I’ve been friends with for a long time. So maybe Cheesecake Factory. That’s where I would go now.”

Could you imagine Blake Lively and Ryan Reynolds at the Cheesecake Factory? Swathed in Chanel and scented Gucci Premiere? It’s too good.

Oh, and if you’re wondering who’s re-pinning all those pictures of Ryan Reynolds on Pinterest, well, it could very well be Lively. The “Savages” star admitted to getting weird on Pinterest.  “I don’t have any friends on it. It’s not under my name. If I’m looking [at] hair things, I see, ‘oh, that’s me! That’s so weird!’ But I do re-pin pictures of Ryan.”

To recap: Blake Lively smells like cookies, dreams of the Cheesecake Factory, doesn’t go on dates, and spends her time on Pinterest re-pinning pictures of Ryan Reynolds. So basically, she’s totally copping our style.