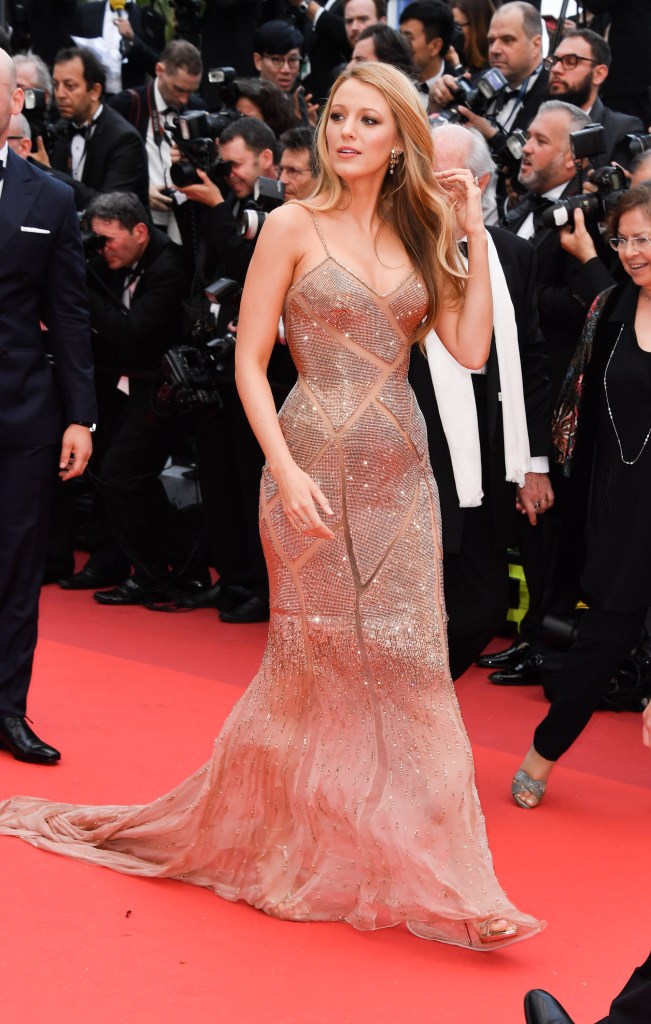 After teasing the world with a loose-fitting empire dress at the Met Gala last week and a breezy red jumpsuit at a “Cafe Society” photo call earlier this afternoon, Blake Lively just officially debuted her baby bump at the opening gala of Cannes in none other than a beaded, super-body-con evening gown that almost seamlessly matched her skin tone. As you do while pregnant.

MORE: The 50 Most Glamorous Looks at All Time from the Cannes Red Carpet

Lively took to the red carpet sporting a fresh blowout and the look we like to call “a pregnancy glow”—what the French call “je ne sais quoi.” Whatever the correct term may be, in whatever language, Lively definitely had it. She must have a certain predilection for slim-fitting, nude dresses whenever she’s to properly unveil a bump on a red carpet, as she took her last pregnancy belly for its first spin in a very similar dress in 2014, at the God’s Love We Deliver Golden Heart Awards in New York City.

Doing the rounds for her Woody Allen–directed comedy at the 69th annual Cannes Film Festival at the Palais des Festivals, which is basically a giant convention center but sounds way more glamorous because it’s in French (to be fair, it is right on the Riviera), Lively kept her hand near her ever-so-slightly burgeoning belly as she appeared with Allen alongside costars including Kristen Stewart, Jesse Eisenberg, and Corey Stoll. Now that the cat’s out of the bag—or the bump’s out of the flowing material, as it were—we’re looking forward to more Lively belly ASAP.

MORE: The 20 Best-Dressed Pregnant Celebrities of All Time