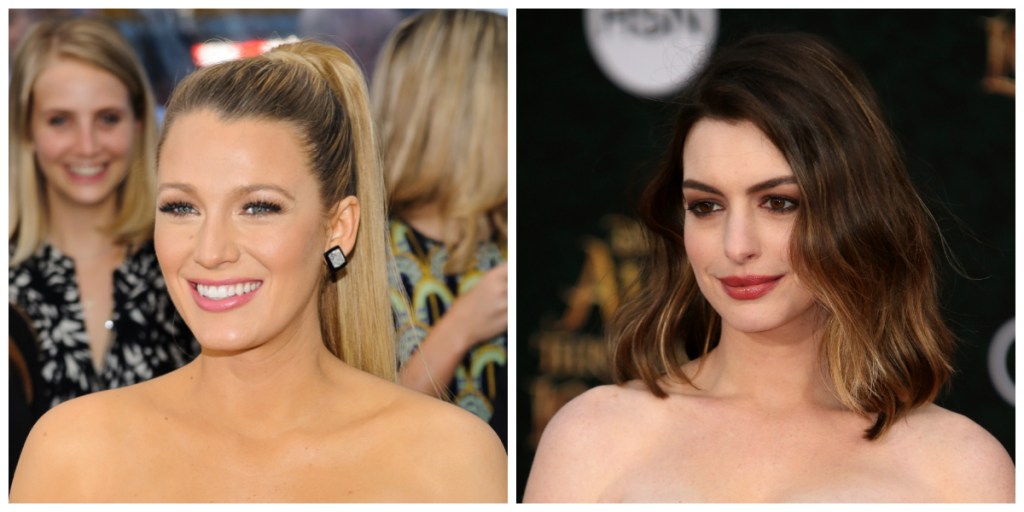 Women shouldn’t feel pressure to “bounce back” or get their bodies to revert back to the way they were before pregnancy, according to Blake Lively and Anne Hathaway, two women who are (Lively) or were recently (Hathaway) pregnant.

Though the “post-baby body” appearance for celebrities is as ubiquitous for women who have recently given birth—and there seems to be an unspoken race to the finish among women, who often compete to see who can get their body to look the way it did before they were pregnant—Lively and Hathaway aren’t having it. “You gave birth to a human being,” Lively said in an interview with “Sunrise” yesterday. “I would really like to see that celebrated.”

Hathaway posted a shot of her new denim shorts on Instagram, having just cut them from jeans. “There is no shame in gaining weight during pregnancy (or ever),” she wrote. “There is no shame if it takes longer than you think it will to lose the weight (if you want to lose it at all). There is no shame in finally breaking down and making your own jean shorts because last summer’s are just too dang short for this summer’s thighs.”

And be proud of what your body did for you, Hathaway has said. As she told Ellen DeGeneres on her show (shortly after giving birth to future lawyer Jonathan Rosebanks Shulman), “I work out in West Hollywood, so you see, like, Thor’s trainer—you know, the people who have too many muscles to be in The Avengers—so I would normally walk in and feel so intimidated. But [now] I walk in, I’m like, ‘Yeah, I work out with 5-pound weights, but I pushed a baby out of my body, I feel good right now.’”

Before Hathaway threw down the mic on her recent Instagram post, she added, “Bodies change. Bodies grow. Bodies shrink. It’s all love (don’t let anyone tell you otherwise.)”

Lively gushed about the wonder of a woman’s body after pregnancy, and said she feels no pressure to throw herself into a strict workout regimen immediately. “I think a woman’s body after having a baby is pretty amazing,” she said. “You don’t have to have be Victoria’s Secret–ready right away. You’ve just done this incredible miracle that life has to offer.”

As Lively told “BBC Newsbeat” last year, after giving birth to her first child, “I’m still 15 pounds heavier, so it’s nice that people think I lost my baby weight.” She went on to say that she couldn’t care less. “I still haven’t lost a pretty good chunk of it, but it’s also the pressure—who cares?” Haters will hate, but Lively isn’t hearing any of it. “There’s pressure to lose it, or women are, like, supposed to look like they did when they were 19 right after you give birth to your child,” she said. “I think it’s silly.”