“You should probably get that,” the customer said to me. The that to which she referred was a pile of feces her two Great Danes had left on the sales floor. And no, she wasn’t joking. In fact, she chose to walk by at least 10 white sales associates and ride an escalator to come directly to me, the head of client experience. If you haven’t guessed by now, yes, I am Black.

America is currently peering through an Overton window of racial injustice while simultaneously grappling with the onslaught of the novel coronavirus, which has disproportionately affected Black communities. Risking exposure, residents of cities across the US have been protesting every day since the killing of George Floyd on May 25. These rallies resulted in several retailers experiencing property damage and looting. However, shattered windows and dismantled shelves are metaphorical, as retail has been broken for quite some time now.

I spent the better part of 10 years in retail management. Although I worked for three different organizations, one thing was consistent—management at all three tolerated racist behavior from both customers and fellow staff members. As a Jamaican-born immigrant, I’ve heard it all. A client once said that “someone like me” should not be allowed to interact with “real customers.” During an interview for a career-making job, I was asked, “Shouldn’t your name be Leroy or DuWayne or something?”

Shattered windows and dismantled shelves are metaphorical, as retail has been broken for quite some time now.

The ending of Jim Crow heralded the dawn of a new America. Yet 56 years later, a chunk of racism’s root is left deeply burrowed within the gums of the US, and the fetidness emanates whenever the country opens its mouth. Over the last two weeks, Twitter users have been on tenterhooks to see which entity is next to be called out for systemic racism after making declarations of solidarity on social media. The allyship in these Black Lives Matter posts has been, in many instances, largely performative.

“There are far too many brands that wave the diversity banner simply because they do not want to be on someone’s cancellation list,” points out Toronto-based attorney and fashion writer Raquiya Austin. Now, the social media reckoning has finally blown the cover off the pressure cooker that’s been hissing for decades.

In 2015, a public policy think tank called Demos declared that “Employment in the retail industry fails to meet the needs of the Black and Latino workforce.” Here are some not-so-fun facts to confirm this: Black salespeople earn a base pay of 25% less than their white counterparts, face occupational segregation by being denied senior roles and are more likely to receive part-time versus full-time work. 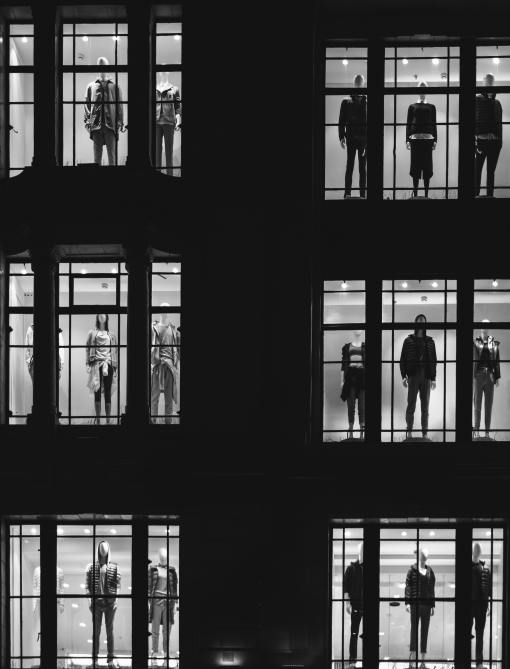 Except for education and health services, more Black people work in retail than any other industry, yet it’s rare to see a Black person seated at decision-making tables. This lack of representation has led fashion brands to make egregious moves. There was Gucci’s blackface sweater, Prada’s Samboesque key chain and H&M’s monkey tee, just to name a disappointing few.

When former employees decided to sue, we learned that Moschino and Versace had codewords for Black shoppers and that a Louis Vuitton manager in London “joked” that “Black people are slaves and eat dirt off the floor.” Add the numerous racial discrimination suits faced by retailers and it becomes clear that no matter which side of the till Black people are on, they experience racism.

“The weight of carrying around Blackness is having tremendous effects on mental health,” said licensed Savannah-based therapist Tihesha Lemon-Deacon. It is no secret that the transgenerational consequences of centuries of racism erode the physical and mental health of Black Americans, and to feel threatened or devalued at one’s own place of work can be immensely damaging.

The historical othering of the Black workforce will no longer be tolerated.

Recently, Pulitzer Prize-winning fashion critic Robin Givhan wrote: “Fashion—as a business—has been a beautiful, intoxicating, unsustainable lie.” We’ve been bamboozled and distracted by fabrics, colors, in-store restaurants, personal shoppers, beguiling window installations and the perpetuated belief that virtually any job in the industry is one for which “a million girls would kill.”

I’ve combed through the comments under many retailers’ solidarity posts, and unsurprisingly, many customers have vowed to take their business elsewhere after brands have made anti-racist declarations over the last month or so. To them, I say good riddance. These are the very customers who don’t see the humanity of Black workers and encourage brands to accept racism, as they do credit cards, in the service of the bottom line.

Me Too lifted the kimono on media and film, exposing decades of transgressions and injustice. Now, retail and fashion are getting a much-needed shake-up, too—the historical othering of the Black workforce will no longer be tolerated. Once the doors reopen and society embraces the new normal, retailers have to make a genuine attempt to protect their Black workers, and this begins with listening. There has to be a commitment to dismantling the roots of oppression. Only then will Black people no longer have to be the Other. They can just be.