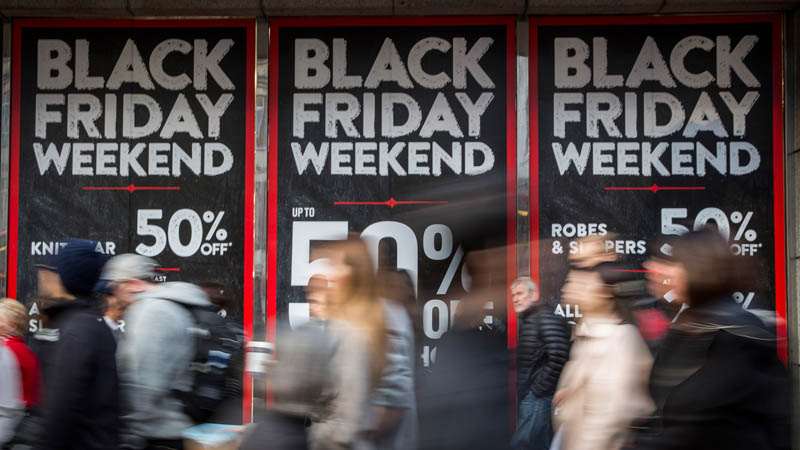 Black Friday may have had retailers offering deals on everything from cashmere sweaters to iPhones, but apparently shoppers weren’t biting. According to a survey released by the National Retail Federation, sales from Thanksgiving through the weekend are estimated to have dropped 11 percent, to $50.9 billion, from $57.4 billion last year.

The news was a surprise to many, especially considering many retailers opened their doors as early as Thanksgiving to encourage spending.

Online shopping appeared to be brighter, with e-commerce sales surpassing the $2 billion mark for the first time Friday, according to the Adobe Digital Index, with $2.4 billion in sales. Still, individual shoppers were spending less than they did last year—the average shopper spent $159.55 at online retailers this weekend, down 10.2 percent from 2013, according to the retail federation.

One way that retail experts say that stores could make up for losses from Black Friday in the coming years? That would be borrowing a shopping tradition from China, and capitalizing on Singles Day, which has become the biggest day for online sales globally.

Did you shop this Black Friday? Share your holiday shopping experience so far in the comments!