When San Diego Comic-Con announced an upcoming reboot of Buffy the Vampire Slayer, the cult-favorite ’90s TV show and movie about a high-school-student-turned-vampire-hunter, last month, the news was met with ire and dismay. Many longtime fans were resistant to the change.

As a member of the fandom myself, I understood the feeling, but what made the rejection of this Buffy into a searing wound for me, a black woman, was the fact that the rebooted Buffy would be black. It made me wonder: “Would a reboot with a little blonde have been met with the same reaction?”

Several days ago, Monica Owusu-Breen, writer and showrunner for the new series, offered clarification and calmed some fans on Twitter, stating that “there is only one Buffy” and that none of the characters can be replaced, and the reboot doesn’t try to. But 15 years after the original series’ end, at a time when the world seems scarier than it did then, now seems like the right time to welcome a new slayer who can not only slay vampires but also tackle the country’s current affairs and longstanding systemic racism.

When Joss Whedon’s Buffy the Vampire Slayer premiered on the WB in 1997, it was proclaimed a feminist breakthrough. The idea of a small blonde woman named Buffy, played by Sarah Michelle Gellar, fighting off vampires and running through dark alleys without getting killed was unheard of on TV, which is one of the reasons it became a cult success. 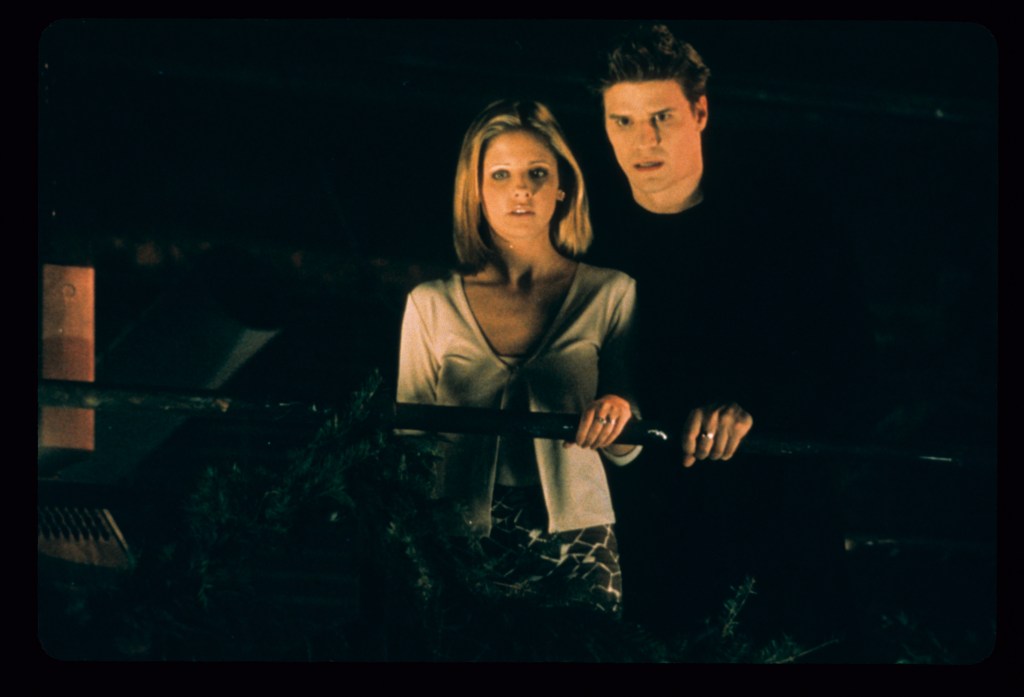 However, unlike most fans, my introduction to Buffy wasn’t on TV. I first met Buffy in the 1992 film of the same title starring Kristy Swanson as a high school cheerleader who learns that she has untapped powers beneath her fashionable clothes and pom-poms. Like the show, Buffy becomes a total badass and a living weapon who could walk through streets at night without fear, or through the halls of her school unbothered, shutting a groper down swiftly without any help. Buffy became a strong, heroic woman who I cared about and definitely looked up to, resulting in my brief stint with gymnastics.

Would a reboot with a little blonde have been met with the same reaction?

When Buffy was remade for TV five years later, I’ll be the first to say I was skeptical as hell. I mean, my Buffy was taller, muscular and damn it, she was first. Kristy was Buffy, not this… Sarah Michelle whatever. Yet a sequel to the film didn’t seem anywhere in sight. I actually missed the entire first season of the remake due to my saltiness about it not being my Buffy. So before season two began, I had my mom take me to Blockbuster, so I could rent the first season on VHS. After the pilot episode, I was all in. It was different from the film and yet lovable in its own way. I grew to accept Gellar’s portrayal and fell in love with her best friends, arch nemesis and the parade of characters to come. Now, here we are with yet another incarnation of this universe—and that is something to definitely be excited about. 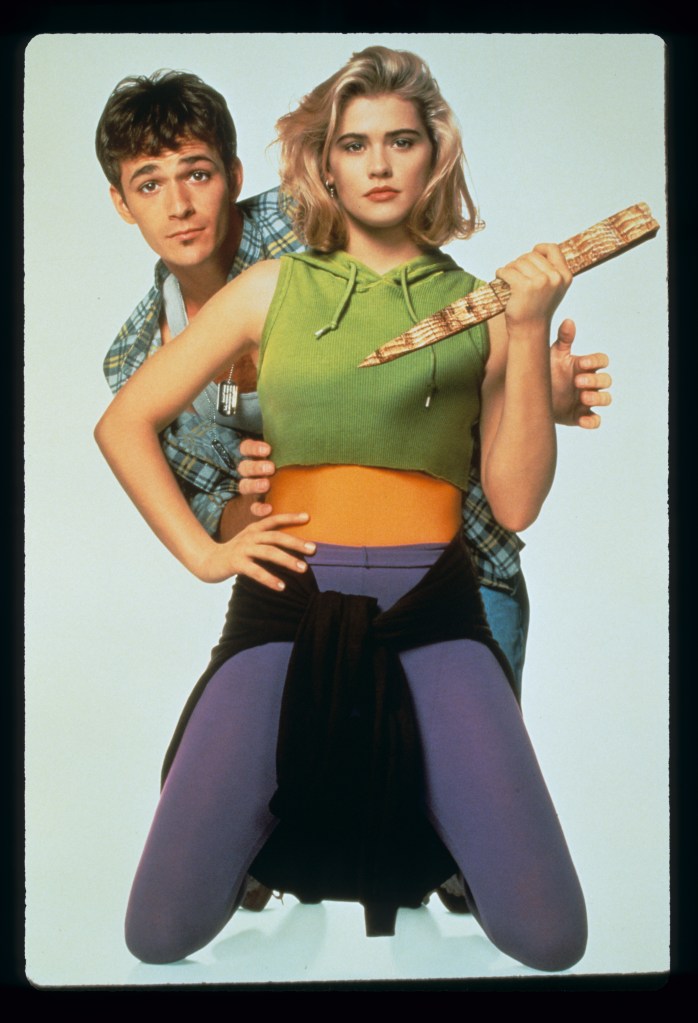 MORE: Why I Write About Beauty Even Though Some Consider It Frivolous

Both earlier incarnations of Buffy were on my list of heroes, alongside Xena the Warrior Princess, Alias’s Agent Sydney Bristow, The Long Kiss Goodnight’s Charly Baltimore and Kill Bill’s Beatrix Kiddo. What did these heroines all have in common? For one thing, they’re all white women, a fact that left me unbothered. I didn’t have to be short or blonde or white to identify with these powerful women. I didn’t have to be the tiny blonde darting into an alley to understand the trope Whedon was inverting and the message he was giving.

Which leads me to this point: Having a black slayer who exists here and now is not only incredibly timely but incredibly important.

Make Buffy a hero who is consistently looked upon as the villain.

Instead of a white woman who is attacked in an alley, make it a black woman who has to avoid being followed or having the cops called on her for existing in white spaces (studying, selling baked goods, swimming in a pool with her friends)—a space she happens to live in. Have a Buffy who has to avoid getting shot and is brimming with power but hindered from saving the world because she’s also, unnecessarily, on the run from authorities. The original Buffy TV show was not only a supernatural series, but one that also touched on the horror genre. With a black slayer, that horror of living in America is all too real. While monsters make for great metaphors, the reboot can touch on the real ones as well and how to combat them. 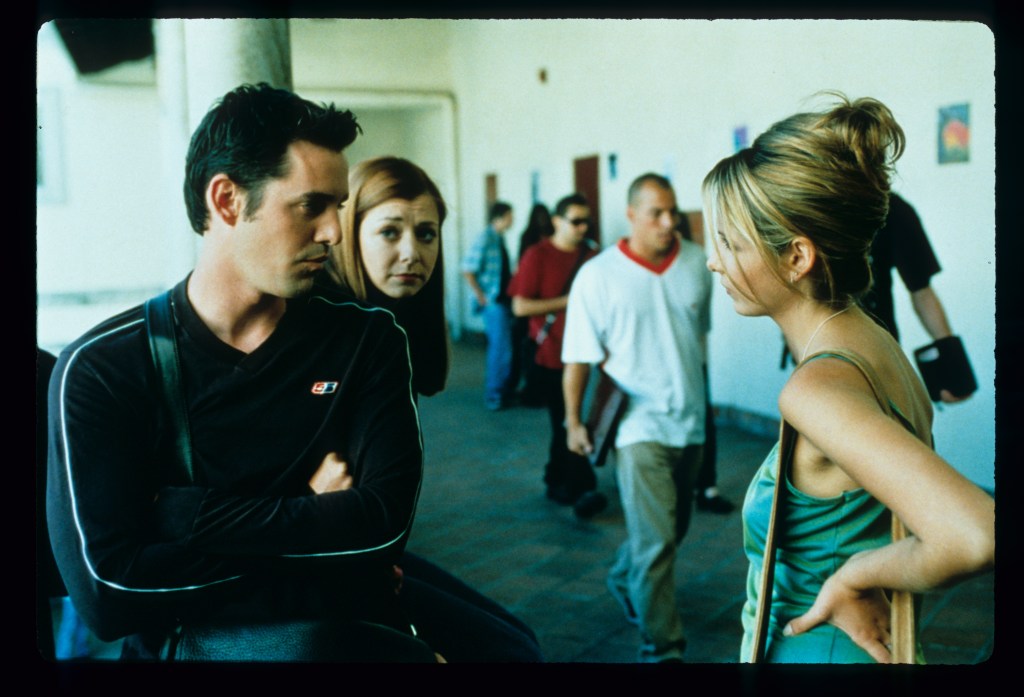 What Netflix’s Luke Cage is doing for young black men, let’s have a slayer do the same for little black girls and young black women. Make Buffy a protagonist who is underrepresented, underappreciated and criminalized for her skin. Make her a slayer who is burdened by both racism and the patriarchy. Make her a woman who can be a heroine to any girl, regardless of race, but on a show that reflects what is happening now in the U.S., providing knowledge and creating empathy for people of color. Make her a hero who is consistently looked upon as the villain and who defies society’s attempts to demonize her.

Having a black slayer who exists here and now is not only incredibly timely but incredibly important.

While I think the new Buffy is a character many can identify with, she will obviously resonate with some on a more personal level. And that too is important. I had a powerful black woman at home to look up to and didn’t need a fictional character to fill that void. But there are many who don’t, and there are still many who only know of black women as fat, sassy characters on sitcoms or believe them to be “too strong” to have normal human emotions. That needs to stop and change. What many people tend forget is the power of entertainment. It can change perceptions, inform and broaden minds when done correctly. If there is an informative message needed about anyone in the U.S. today, it’s black people. 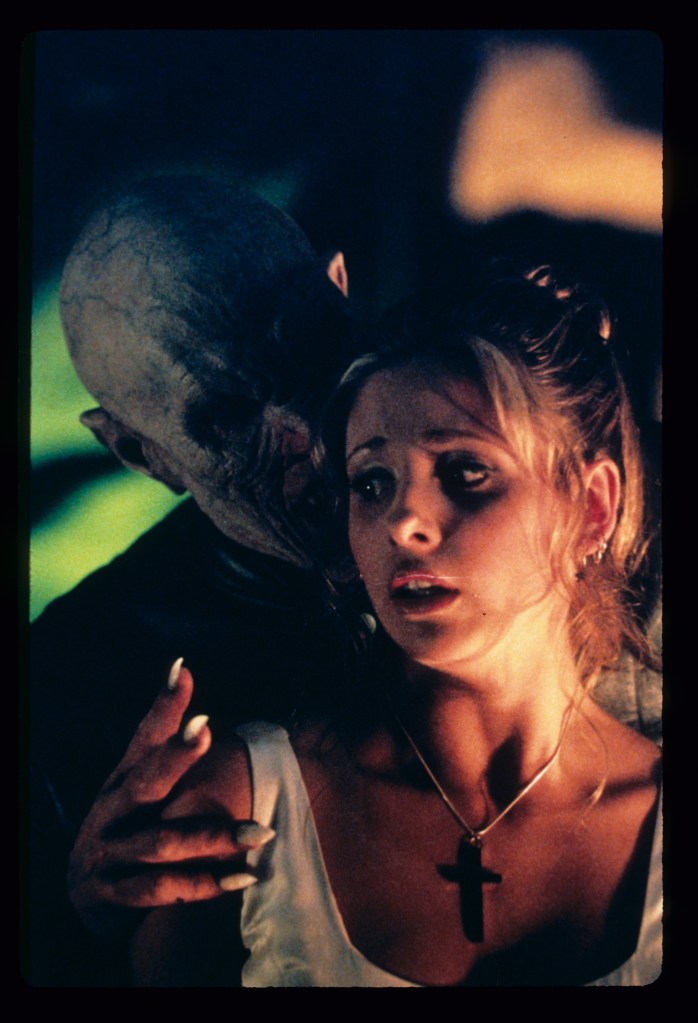 Ideally, I want a slayer who lives in a single-parent home, but instead of an absentee father, we have a single father—widowed, smashing the trope that black children are raised only in households of single moms. I want a watcher, essentially a slayer’s mentor, to be female, and of color, showing a woman training a woman how to fight. I want her to bypass racial discrimination for housing and live in a predominantly white suburb, with predominantly white friends, representing how few people black people exist in this country and how we only make up 13 percent of the population. Give me a story rich in drama, sorrow and hope that surpasses expectations of the CW to rival what’s on AMC or HBO.

Give me the trope of the black woman surviving the American horror story.

Reboot, remake, spinoff or continuation, there is a ton of room to develop a world that reflects our own, while still giving us a hero that can rival any other. While I would accept, embrace and be thrilled for a black Buffy, I would just as gladly take a black slayer who is the lead of her own story and who doesn’t get snuffed out so soon, such as Kendra, a black vampire slayer, who was offed after only three episodes in the TV show.

Give me a Buffy who has dark skin with braids or a ‘fro. Give me a well-rounded hero who’s funny, smart and fashionable. Give me the trope of the black woman surviving the American horror story.