No big deal. Billie Eilish‘s wardrobe malfunction during her “Lost Cause” music video shoot make for the best TikTok. Eilish, who released the music video for “Lost Cause” this week, took to her Instagram on Thursday, June 3, to post a behind-the-scenes video from the shoot.

The video showed the Grammy winner in an oversized puffy jacket, silk pajamas and a cap with the letter “B” as she and her backup dancers performed a scene from the music video. However, it seemed that Eilish’s loose-fitted pajama top was cut a bit too low for her comfort as when she performed the scene’s choreography, she had to censor her breasts, which fell out of her shirt. “Titties falling out,” she wrote on the video.

The wardrobe malfunction caused Eilish to forget the choreography to the scene. The “Bad Guy” also censored two more parts in the TikTok: once when she said he “titties [were] falling out” again and another time when she turned around and danced with her behind toward the camera. “Not showing you this,” Eilish wrote. Regardless of the difficulties, Eilish seemed to have a good time during her shoot. She captioned the TikTok, “we r hot.”

“Lost Cause” is the second single from Eilish’s upcoming album, Happier Than Ever, which will be released on July 30. She released her first single, “Your Power,” in April. In an interview with British Vogue in May, Eilish opened up about her relationship with her body and sexuality. “Everybody’s like, ‘You can’t make a wife out of a hoe’—and it’s like, you’re attracted to that person, though,” she said. “You created that person. Suddenly you’re a hypocrite if you want to show your skin, and you’re easy, and you’re a slut, and you’re a whore. If I am, then I’m proud. Me and all the girls are hoes, and fuck it, y’know?”

She continued, “Let’s turn it around and be empowered in that. Showing your body and showing your skin—or not—should not take any respect away from you.” Eilish also went on to explain how her song, “Your Power,” was inspired by her current attitude toward the music industry.

“It’s an open letter to people who take advantage – mostly men,” she sai. “I would like people to listen to me. And not just try to figure out who I’m talking about, because it’s not about that. It’s really not at all about one person. You might think, ‘It’s because she’s in the music industry’—no, dude. It’s everywhere. … I don’t know one girl or woman who hasn’t had a weird experience, or a really bad experience. And men, too – young boys are taken advantage of constantly.”

Happier Than Ever is available for pre-order on Amazon
. 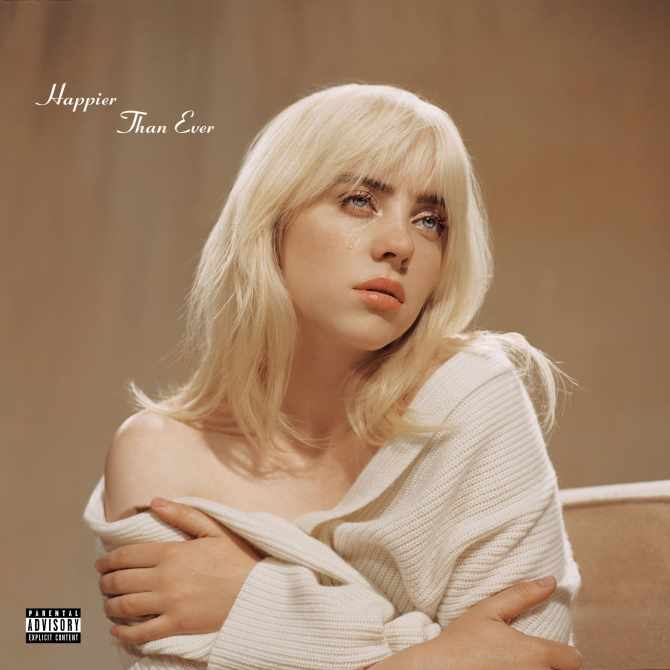