In 2015, everyone on the Internet was subjected to “the dress” controversy. (Cue the quiet, weary groans.) Was it white and gold or was it blue and black? Honestly, I was over it in about 0.2 seconds—but because enough hasn’t already happened in the year 2020, the world has been cursed with another color test. Right now, Twitter is attempting to figure out if Billie Eilish’s Nike Air sneakers are mint or pink. The entire situation is a bit more confusing that the OG color controversy, and I hate to say it, but…I’m low-key invested.

Here’s how it all went down, so we can all approach this calmly and rationally. Eilish posted a video of her holding a pair of Nike Air sneakers while telling a story about how her dad said they’re pink and white. She looks shocked, pointing over and over again at the shoes—which, to my eyes, definitely look pink!—flabbergasted that anyone could think these sneakers are anything but mint green. So, either the singer’s camera is truly wilding out or we’re all unknowingly color blind.

Of course, the plot thickened when Billie Eilish posted a photo of the shoes as they appear online—and there’s no denying they are mint and white. So, is it my aging eyesight, the filter Eilish used when she posted the video or perhaps just the lighting changing up the color? It feels like there can be no way the pink shoes in the video above and the actual Nike Air sneakers are the same, but those specific shoes didn’t come in a pink hue. I really wish I didn’t care, but seriously, what is the truth?! 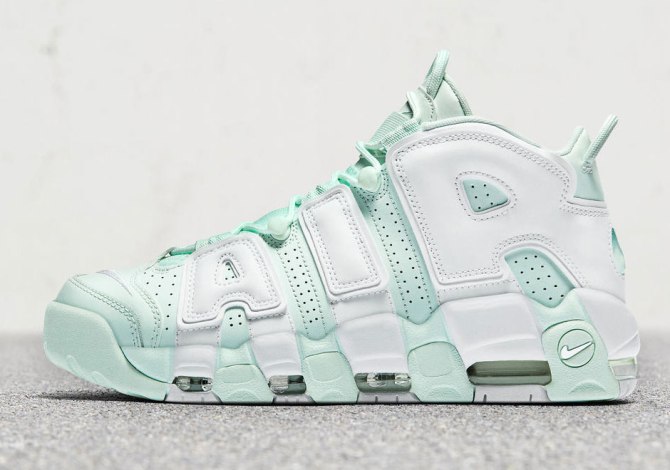 After Eilish sparked this controversy, she took it a step further and posted another video. (We love a follow-up!) This time, the shoes are clearly mint and white. It makes sense that lighting and a filter can change the color of just about anything, but the part that still has me confused is this: How did Billie Eilish think the shoes looked mint and white after seeing her own video? The filter wasn’t added after the fact, so it doesn’t make total sense that she would still seem stunned anyone was seeing pink. This is, quite frankly, a case I’m sure Twitter will eventually crack.

Until then, though, I remain confident that the shoes in the original video definitely look pink and white—and not mint and white, as they actually (apparently) are. Is it the entire population of the Internet who has it wrong or just Billie Eilish herself? Perhaps the world will never know.