So, that just happened. Billie Eilish’s performance at the 2021 Grammys just left us feeling all the feels, and honestly, we wouldn’t have expected any less from her.

The 19-year-old singer—whose songs are nominated for Record of the Year, Song of the Year, Best Pop Solo and Song Written for Visual Media—took on this year’s socially distanced Grammys with all the perfect, weirdo energy we’ve always loved her for. She performed her 2019 single “Everything I Ever Wanted,” which is nominated for Record of the Year, Best Pop Solo and Song of the Year. The haunting performance saw Eilish stand on a submerged car as her older brother, Finneas O’Connell, who co-wrote the song, played the keyboard. For the performance, Eilish wore a gray blue ensemble that consisted of gloves and a jeweled net that she wore over her signature neon hair. As Eilish sung the eerie track, the camera panned to other Grammys performers, such as HAIM and Harry Styles, who watched from the side.

The Los Angeles native’s performance may have just topped last year’s, when she performed a haunting rendition of The Beatles’ “Yesterday” with her big brother and producer, FINNEAS, on piano for the 2020 Grammys. She had recently turned 18 at the time, and managed to sweep the board by winning five awards, including Best New Artist and Song of the Year for “Bad Guy.” Her debut album, When We All Fall Asleep, Where Do We Go? also won Best Pop Vocal Album and Album of the Year at the time, making her the youngest solo artist in history to win the prestigious Recording Academy award. 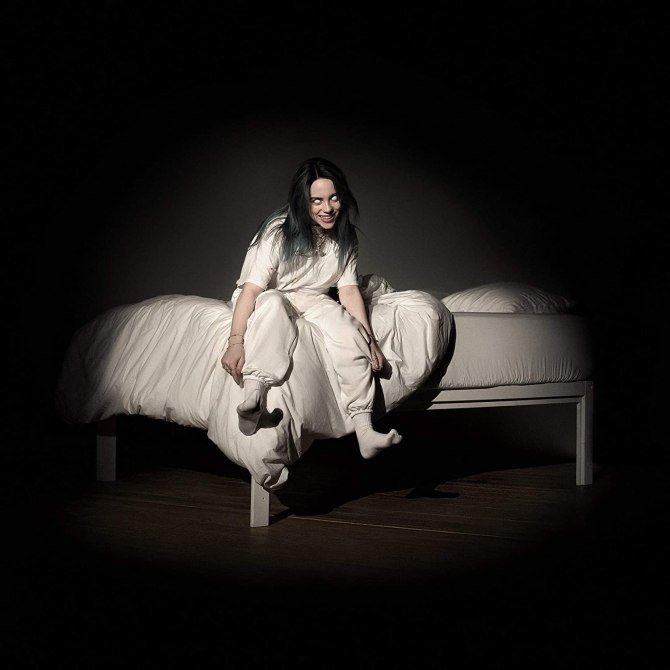 “I feel like I joke around a lot and I never take anything seriously at these kinds of things, but I genuinely want to say I’m so grateful and I only want to say that I’m grateful and that I’m so honored to be here amongst all of you,” she said during one of her acceptance speeches at the time. “I love you to my core. I grew up watching all of you.”

The singer went on to share a now-iconic flick of herself smiling while holding five of her golden gramophone trophies. “FIVE ARE YOU KIDDING,” she captioned her post on Instagram. Her brother, Finneas (who also won an award for Producer of the Year that night), posted a photo of his own to Instagram where he posed alongside his sister. “Downhill from here,” he joked. If Billie’s performance at tonight’s Grammys is any indication, her brother’s joke couldn’t be any further from the truth! 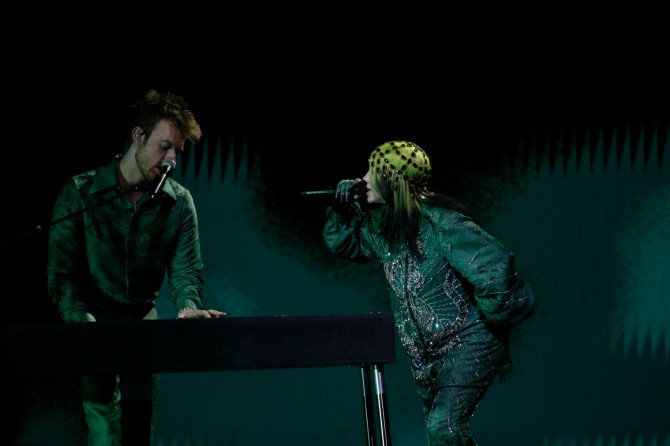