And Just Like That—whose full title is And Just Like That…A New Chapter in Sex and the City—is a reboot of HBO’s comedy series, Sex and the City, which ran for six seasons from 1998 to 2004. The show, which was based on Candace Bushnell’s 1997 book of the same title
, followed four women in their 30s and 40s—Carrie Bradshaw (Sarah Jessica Parker), Samantha Jones (Kim Cattrall), Miranda Hobbes (Cynthia Nixon) and Charlotte York (Kristin Davis)—and their sex lives in New York City. The show went on to win four Emmy Awards (including Outstanding Comedy Series in 2001) and release two movies, Sex and the City: The Movie in 2008 and Sex and the City 2 in 2010.

In January 2021, HBO announced that a Sex and the City reboot,  titled And Just Like That, was in the works for HBO Max. The reboot sees the return of each of the main cast members—except Cattrall, who has retired as the role of Samantha. While Sex and the City focused on the four main women, Chris Noth’s character, Mr. Big (a.k.a. John James Preston), has also been a through line in the series. Mr. Big was introduced in season 1 as Carrie’s love interest. The two had an on-again, off-again relationship throughout most of the series. In the series finale, Carrie and Big get back together when he flies to Paris to ask her to move back to New York City.

The finale also sees the viewer learn Big’s real name, John James Preston. In the first Sex and the City movie, Carrie and Big break up when he proposes to her but leaves her at the altar when he realizes he isn’t ready to marry for a third time. The two reunite at the end of the movie when they run into each other at the apartment they had bought together just before it was sold to someone else. The second Sex and the City movie saw Big and Carrie still together but having issues in their marriage due to differences in their lifestyles. Big wants to stay in, while Carrie wants to go out. After Carrie runs into her ex-boyfriend, Aidan Shaw, in Abu Dhabi and realizes how much she misses her life with Big. When she returns home from her trip, Carrie and Big work out their issues and have a happy ending.

So that’s a recap of Carrie and Big’s relationship in Sex and the City. But does Big die in And Just Like That? Read on for what caused Big’s death and how it affects the Sex and the City reboot.

Does Mr. Big die in And Just Like That? 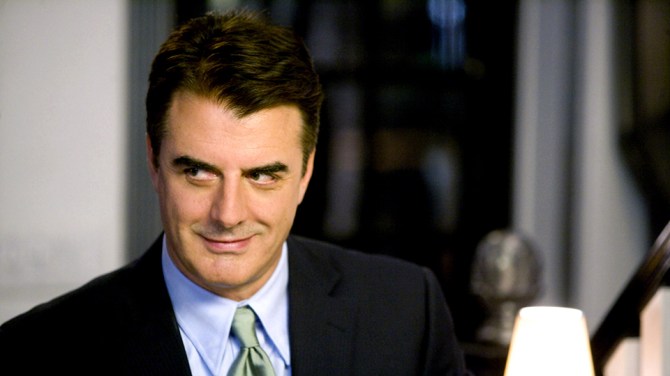 Does Mr. Big die in And Just Like That? The answer is yes. Big dies at the end of the first episode of And Just Like That. In February 2021, a month after news broke that And Just Like That was in the works at HBO Max, Page Six reported Chris Noth wouldn’t be back to reprise his role as Mr. Big, a.k.a. John James Preston.

Noth responded to the rumors at the time in a comment to a fan on Instagram. “why for heaven’s sake you are not playing my beloved Mr Big?? My heart is [broken heart emoji],” the fan wrote, to which Noth responded, “Everything changes—including announcements in the rags.” Another fan told Noth to “not make us sad again” and to “please reconsider” playing Big in And Just Like That. Noth responded to the user by hinting that Page Six’s report is not completely true. “well if page six says it… it must be true,” he wrote back with a winking emoji. In May 2021, The Hollywood Reporter reported that Noth had signed on to reprise his role as Big in And Just Like That, though the magazine couldn’t confirm if he was a series regular. “I’m thrilled to be working with Chris again on And Just Like That. How could we ever do a new chapter of the Sex and the City story without our Mr. Big?” executive producer Michael Patrick King said in a statement at the time.

Noth told Yahoo in June 2021 that Noth was hesitant to play Big again in And Just Like That, but signed on to return to the role after he heard King’s “creative ideas” for the character, which viewers later learned was Big’s death. “It was a little bit of a sort of creative negotiation because I didn’t really feel I had anything to offer in that role again,” he said. “It kind of felt like I had done it.” He continued, “King is just an incredible writer and has incredible, creative idea. Once we got together and talked about the potential of what we could do with the character, I was all in.”

How does Mr. Big die in And Just Like That? 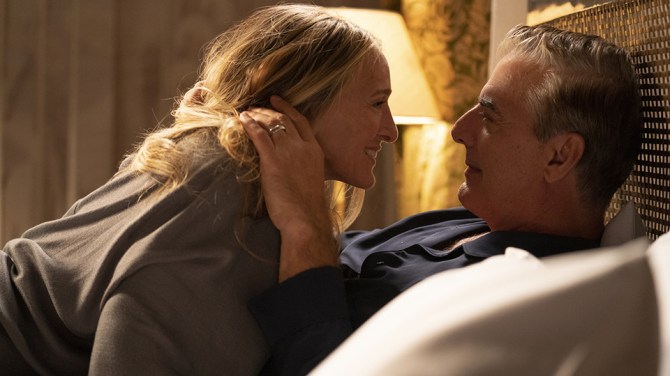 How does Mr. Big die in And Just Like That? Big dies in the shower at the end of the first episode of And Just Like That when Carrie is at a piano recital for Charlotte’s daughter, Lily. The scene starts with Big on his Peloton as he finishes an intensive class. The scene flashes back and forth between Big at home and Carrie at the recital as Lily plays a dramatic song on the piano. After Big finishes his Peloton class, the scene continues with him texting Carrie that he wants to leave for the Hamptons that night as he prepares for a shower. However, before he enters the shower, Big grabs his chest and arm in pain before he slumps to the floor and drops his phone. When Carrie returns to their apartment after the recital, she sees Big slumped over next to the shower and runs over to him as she tries to revive him. The episode ends with Carrie’s voiceover as she says, “And just like that…Big died.”

The next episode sees Carrie’s guilt over Big’s death. Big and Carrie planned to go to the Hamptons two days before his death but changed their plans so Carrie could attend Lily’s piano recital at the insistence of Charlotte. The episode sees Carrie’s regret that she wasn’t with Big when he died and could’ve saved him. The episode also sees Charlotte’s guilt over pressuring Carrie to postpone her Hamptons trip with Big so she could attend Lily’s recital.

According to a leaked script for Sex and the City 3, which was set to film in 2017 but was cancelled after Cattrall didn’t sign on, Big was written to die in the third Sex and the City movie in the exact same way he passed in And Just Like That. “People close to Kim believe that the script didn’t have a lot to offer the character of Samantha,” “Origins” podcast host James Andrew Miller, who had read the Sex and the City 3 script, said at the time. “They point to the fact that it calls for Mr. Big to die of a heart attack in the shower, relatively early on in the film, making the remainder of the movie more about how Carrie recovers from Big’s death than about the relationship between the four women.”

An anonymous source also told Deux Moi in July 2017 that Big dies of a heart attack in the first episode of And Just Like That, “leaving Carrie a single lady once again in NYC.” “I have it on very good authority that Mr. Big does die in the first episode of the new SATC series (heart attack). Leaving Carrie a single lady once again in NYc. They all tried to keep it hush but it’s also why we haven’t really seen shots of him on set I’m sure! And probably why his ex wife is there too. (Big married his ex-wife, Natasha Naginsky, in season two but separated from him in season four after he was caught cheating with Carrie. Bridget Moynahan, who played Natasha, was photographed on the set of And Just Like That in 2021.) Deux Moi also noted that they received a similar tip about Big’s death around February 2021.

Big’s death comes after Page Six published a leaked script in July 2021 where Carrie talks to Charlotte and Stanford about her and Big’s marriage issues. “I was taping the podcast, I was washing my hair. Yes, I wasn’t eating or sleeping, but at least I felt good about my marriage. Now I’m just one of the wives he was taking care of?” Carrie said in the scene, which airs in the third episode of And Just Like That. In the scene, Carrie talks to Charlotte and Stanford after she learns that Big’s ex-wife, Natasha, received $1 million in his will.