In a world full of endless debates, one thing everyone can agree on is Beyoncé. Between her legendary jams, her mystical demeanor and her unforgettable voice that demands your attention, Beyoncé is beloved by all. And if you’re wondering what Beyonce’s zodiac sign is, you’re one step closer to understanding where she gets her unique power from.

In my opinion, we’re beyond lucky to be alive at the same time as Beyoncé. And on July 29, she delivered an unexpected gift to the world—her seventh studio album Renaissance. This is major news and the Bey Hive aren’t the only ones planning to listen to all 16 tracks over and over again this weekend. After all, she hasn’t released a solo album since Lemonade (2016), which was so groundbreaking and critically acclaimed that it solidified her standing as one of the greatest musicians of all time.

Because I’m an astrologer, the first thing I noticed about Beyoncé’s new album is that it includes a song that’s literally called “Virgo’s Groove”. This makes us astrology fanatics feel *so* seen, knowing that the “All the Single Ladies”-singer is not just interested in the zodiac, but fully on board with the magic of astrology. After all, her zodiac sign has clearly influenced her art enough to for her to name her music after it!

Beyoncé has had such an influence on our current wave of pop, hip hop and R&B that she deserves a full analysis of her birth chart. However, in the meantime, let’s talk about what it means that Beyoncé is a Virgo: 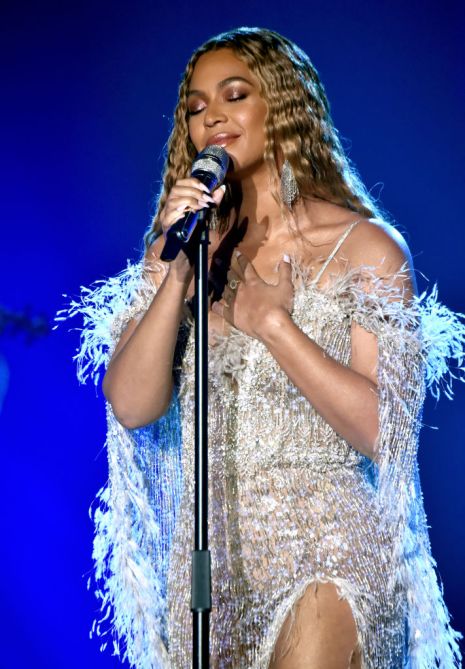 Beyoncé was born on September 4, 1981 in Houston, Texas at 10 a.m., making her a Virgo to her core. In astrology, Virgos are known for their whip-smart intelligence, astounding levels of productivity and their ability to organize even the most chaotic mess. When other people look at a Virgo, they might see someone who’s a big scatterbrained, nervous and over-the-top; someone who’s trying to balance a million different ideas in their head. Because they’re so data-driven, Virgos are capable of looking at the facts and forming a solid conclusion based on the details they have. If you’re ever confused about something, ask a Virgo, because they’ll not only give you a flawless answer, but teach you how to find the answer yourself.

Beyoncé is a Virgo sun, Scorpio moon and Libra rising.

Beyoncé is known for her incredible dedication to her art, which makes sense, as Virgos are well aware that the devil is in the details. No one can deny that Beyoncé’s overall effect is carefully tailored, leaving nothing to chance. This is definitely not by accident, as Beyoncé is *obsessed* with making her work an intricate experience that’s open to interpretation. There’s always tons of symbolism in her music, encouraging hordes of fans to pick apart every metaphor, every lyric and every performance, knowing there must be a deeper meaning behind it all. 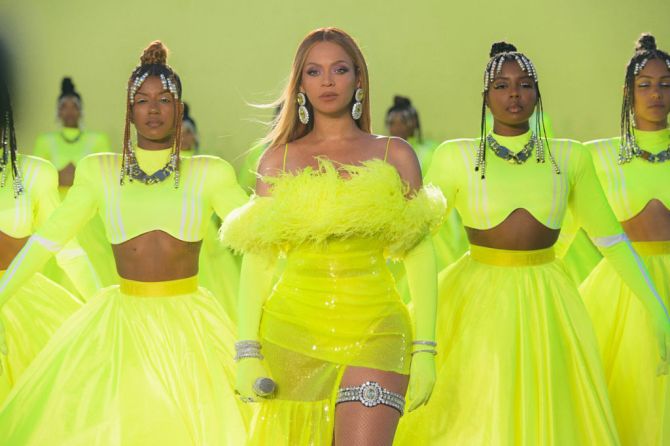 However, Beyoncé isn’t just a Virgo, because she’s also a Scorpio moon and a Libra rising. This adds even more dimension to her personality and her artistic presence. In astrology, the moon sign symbolizes your inner world and your emotional instincts. Beyoncé’s secretive, formidable and transformative Scorpio moon makes her someone who’s incredibly in tune with her intuition. It also explains why she’s gone out of her way to maintain her privacy, despite the fact that she’s one of the most famous people on planet Earth. In fact, I bet her creative process mostly takes place behind closed doors, as Scorpio moons can really raise their vibration in private. Scorpio moons are very dedicated to their work, especially if their work happens to fall under the realm of art. These intense and passionate folk will stay up all hours of the night perfecting their craft, especially if its combined with the diligence of Virgo.

Beyoncé is also famous for her legendary sense of style. I mean, who can forget the iconic look she donned at the 2017 Grammys? With her glistening beaded gown and the solar crown she wore around her head, she made damn sure every camera in the vicinity would be pointed in her direction. This could easily be explained by her Libra rising, as the rising sign always describes the way you look and your overall vibe. It’s the most specific and important placement in her birth chart, which explains her otherworldly beauty that follows her everywhere she goes. Plus, Libra risings are known for being diplomatic, which explains the way Bey tends to keep her cool and fly high above the drama.

Regardless of whether you believe in astrology, Beyoncé does. And clearly, it’s because her zodiac sign captures her persona to a T.