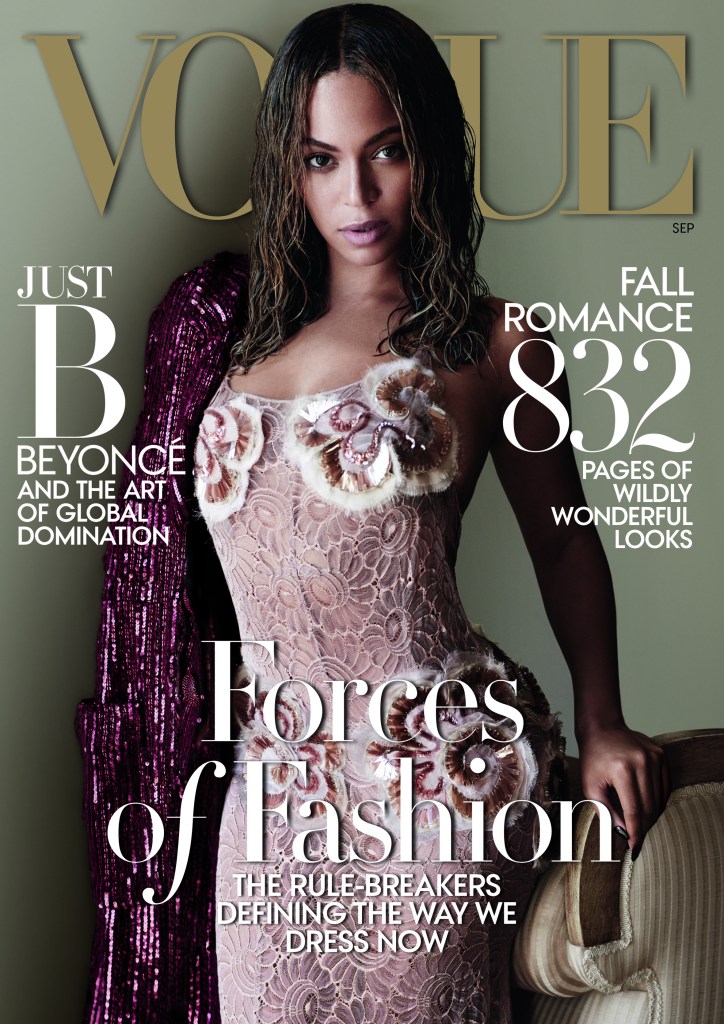 “Just B. Beyoncé and the Art of Global Domination,” the cover line reads, alongside a shot of the 33-year-old sensation wearing a body-hugging, lavender Marc Jacobs dress, and posing next to a chair. Her hair is wet, tousled, and feels very “Drunk In Love”—and if anyone’s going to make just-out-of-the-shower hair look good, it’s Bey.

The megastar last appeared on Vogue‘s March 2013 issue, however this is her first September issue and only the third time in the magazine’s history that a solo woman of color has fronted the Fall fashion edition, with Naomi Campbell and Halle Berry gracing the cover before Bey.

It’s also quite a coup for Jacobs, who also dressed Nicole Kidman for the August 2015 cover and, according to an announcement on his Instagram, is possibly the only designer to nab two consecutive covers. 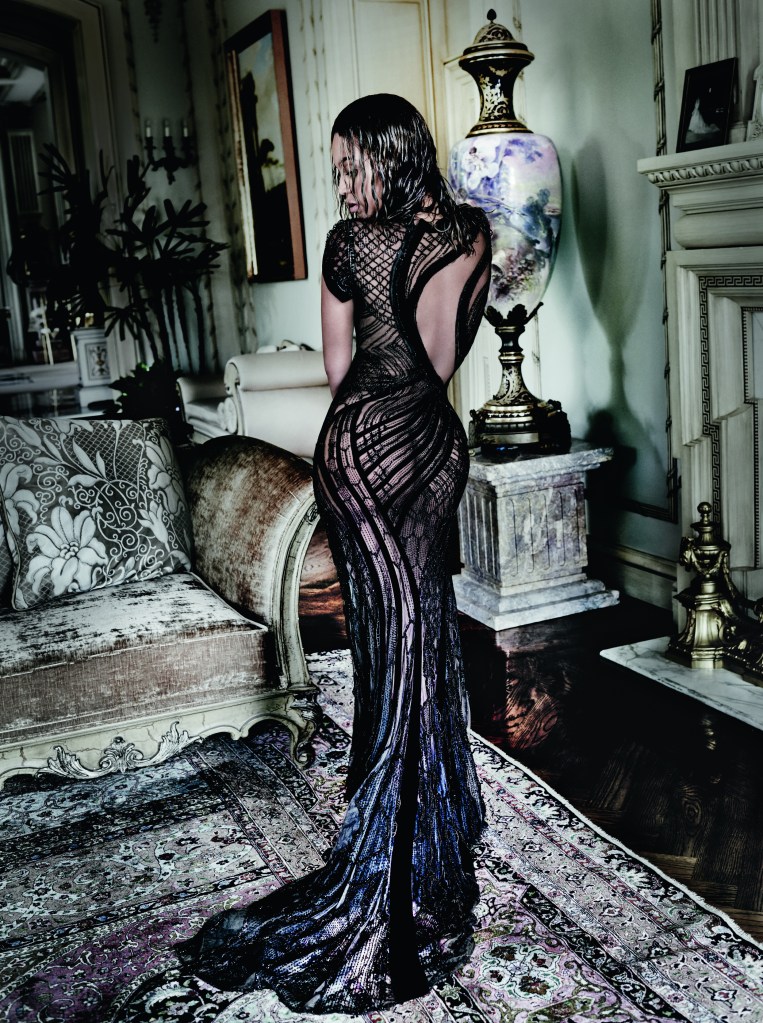 Vogue released a peek at the shoot inside too, which shows the pop star dressed in decadent Fall fashion and her styled in the same messy, wet waves.

The September issue will be available online and in stores August 14th, but until then, feast your eyes on a preview of the killer snaps from Bey’s Vogue shoot. 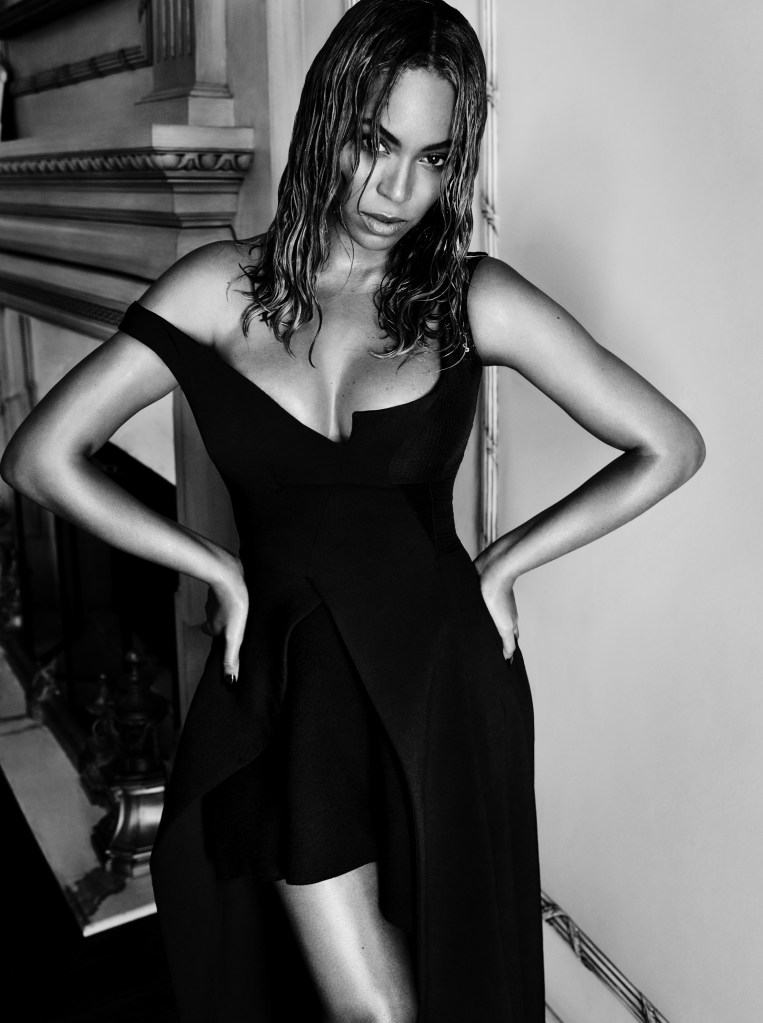