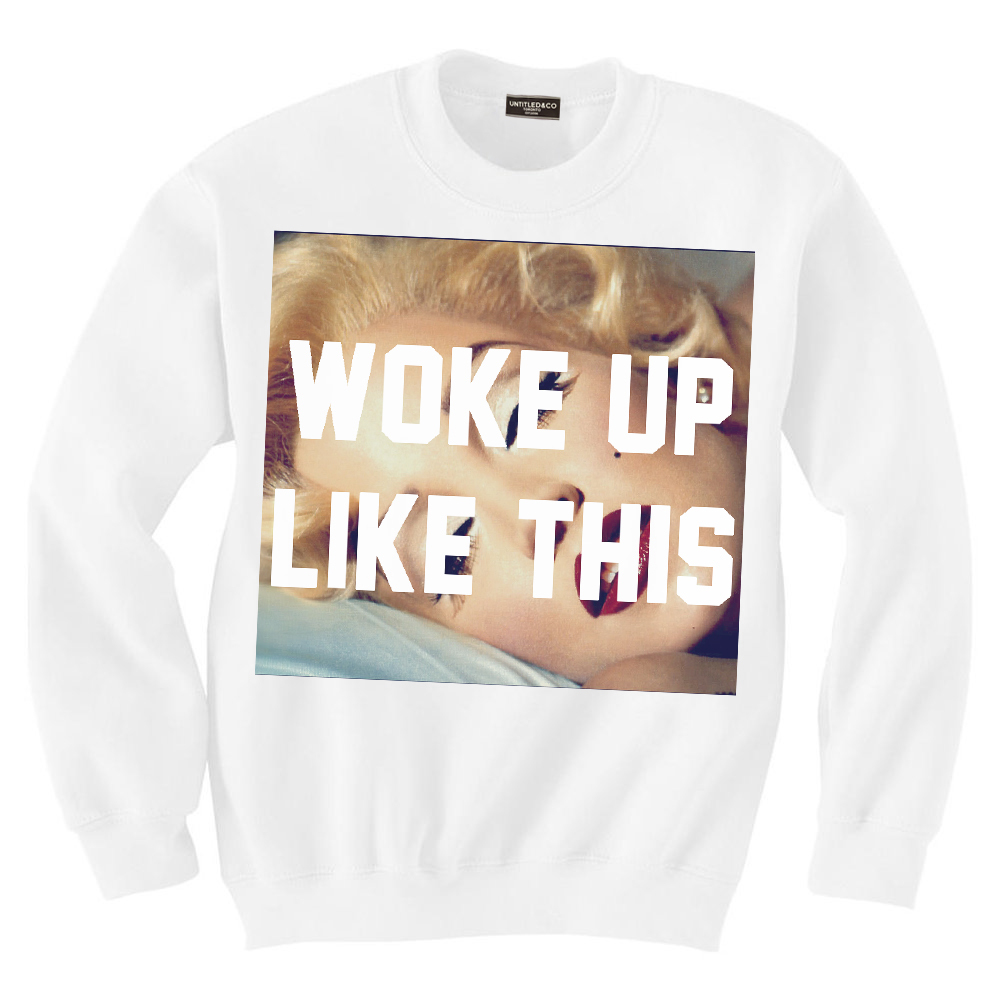 What: A white crewneck sweatshirt from Toronto streetwear brand Untitled and Co. that overlays the already seemingly iconic lyrics from Beyoncé’s song “Flawless” on top of a photo of Lisa Marie Presley all dolled up to resemble feminine icon Marilyn Monroe.

Why: Need we say more? We already knew that several lyrical sections from Beyoncé’s self-titled recent album had been made into sartorial statements—courtesy of Queen Bey herself, no less—but these creations up the anty a bit.

We love the contrasting use of the blocky, modern white text to communicate an ultimately feminist manifesto; together, paired with an image paying homage to the penultimate icon of femininity, it’s what we might call a perfect sweatshirt.

How: These tops are technically unisex—though it’s admittedly hard to imagine our manly beaus tossing this on while they’re getting ready in the morning—and as such fit a bit larger than a standard ladies’ sweatshirt. But we love the idea of ordering it in an oversize iteration, throwing it on with some leggings and a pair of chunky boots. Street style stardom, here you come!