From the temporary blackout to the incredibly close game between the Baltimore Ravens and the San Francisco 49ers, plenty of topics surrounding last night’s Super Bowl XLVII were buzzworthy, but perhaps nothing was more hyped than the halftime show. With Beyoncé as a headliner, it couldn’t really be disappointing but—between the super-modern technology and the spot-on vocals—she far surpassed any expectations we had.

Despite an odd claim by her Destiny’s Child bandmate Michelle Williams that the beloved R&B trio would not be reuniting at the halftime show, they absolutely did (Williams has since stated on Twitter that she wanted to keep it a surprise). Kelly Rowland and Williams joined Beyoncé for a brief set featuring one of their biggest hits, “Independent Women Part I.” They closed out their portion of the performance by thrilling fans with a rendition of Bey’s hit “Single Ladies” (choreography included!).

When it came to the to costumes, the show seriously delivered. Beyoncé rocked a sexy laser-cut leather leotard (look below for a sketch) from young New York-based designer Rubin Singer, who praised the singer last month for her un-diva-like etiquette. Williams—and a whopping 120 backup dancers—also wore Singer, while Rowland opted for an equally dramatic ensemble by Pucci.

Obviously, we couldn’t have been more thrilled with the show—and we weren’t the only ones. Soon after Beyoncé left the stage, a picture started circulating on the Internet of her and hubby Jay-Z in the midst of an adorable celebratory embrace.

Now THAT’S how you do a halftime show. What was your favorite part of Beyoncé’s performance? 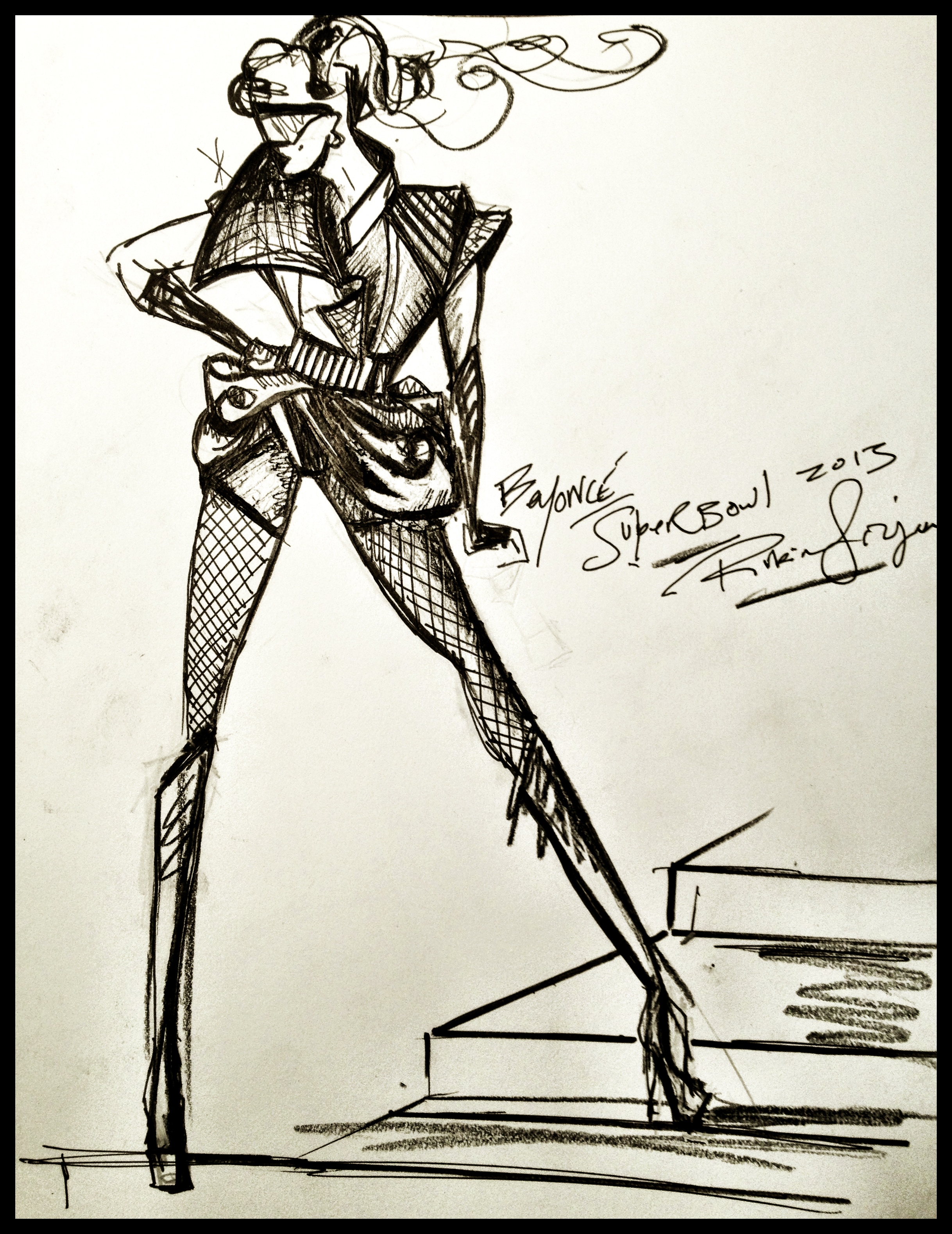