There has been much talk about “Pretty Hurts,” the song and video that open Beyoncé’s self-titled fifth studio album, which came out last Friday. In the clip, Bey plays a tortured pageant queen who goes to great lengths to keep herself looking, well, pretty—including a battle with bulimia and a seeming addiction to exercise. But there’s one thing that goes without saying: Queen Bey looks great. 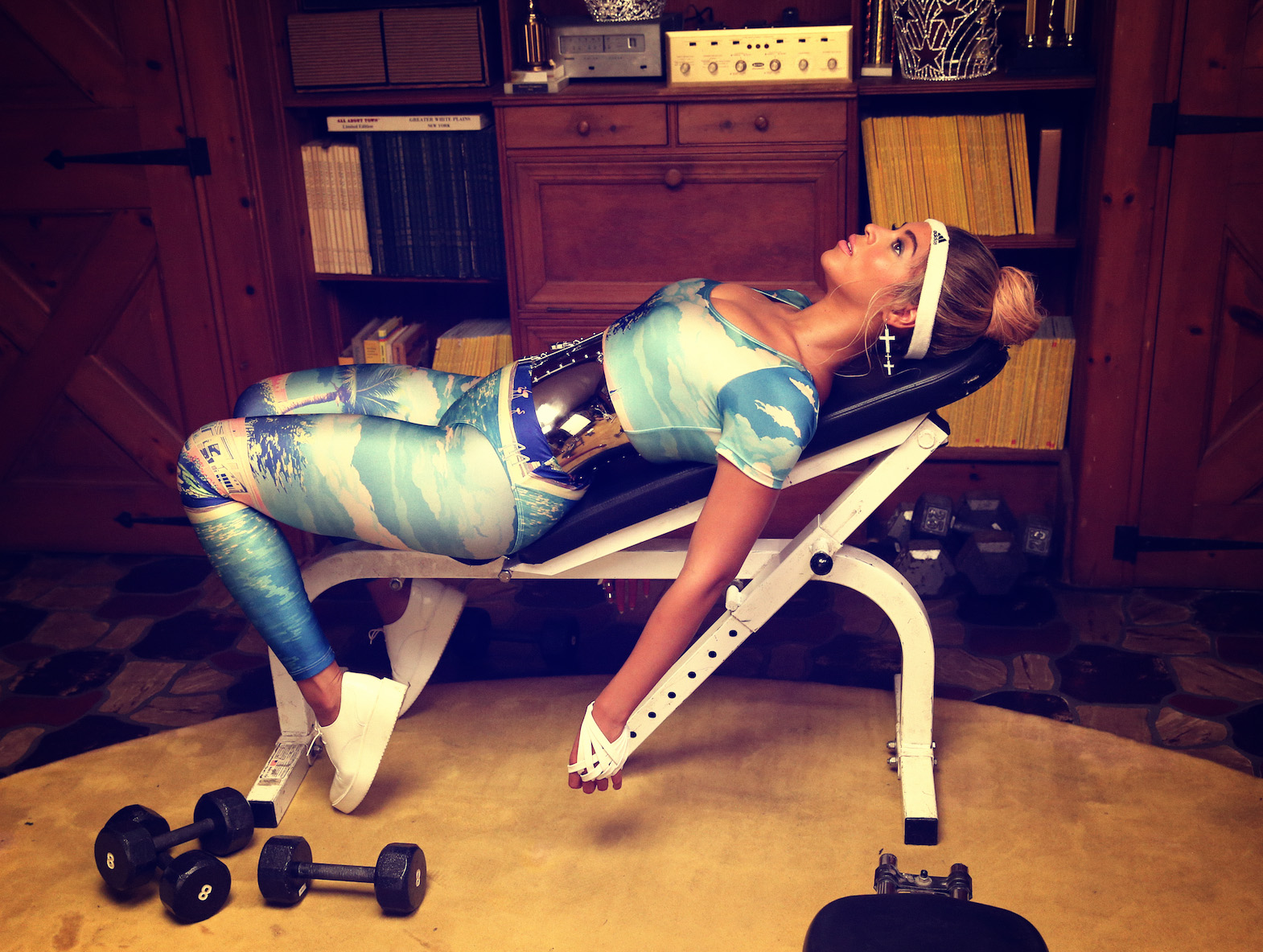 During part of the video, when she’s at home exercising, Bey wears a striking printed leotard-and-legging combination, which she tops off with a thick metallic belt. The star’s workout duds are by hip Australian swim/leisurewear brand We Are Handsome, and we figured out where you can nab him.

The Hideaway Leggings, covered in an idyllic scene set on a remote beach, go for $287 on We Are Handsome’s website. Bey’s exact top is sold out (no surprise there), but there’s a really cute zip-front swimsuit in the exact same pattern for $343.

We love the idea of lounging by the pool while wearing a pool; and if a beach escape isn’t an option right now, the leggings would look cute with a billowy black silk button-up and a pair of ankle boots. Happy shopping! 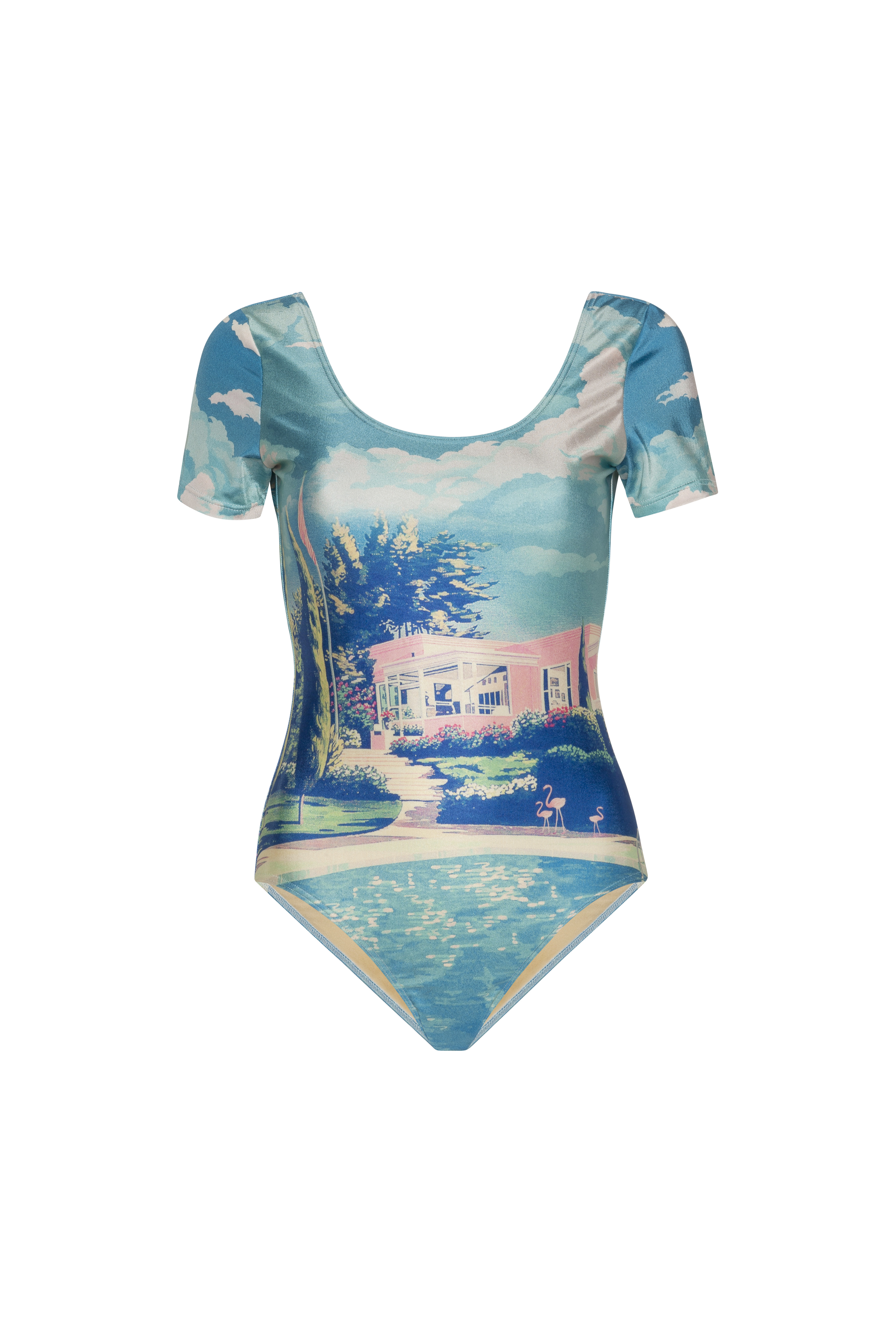 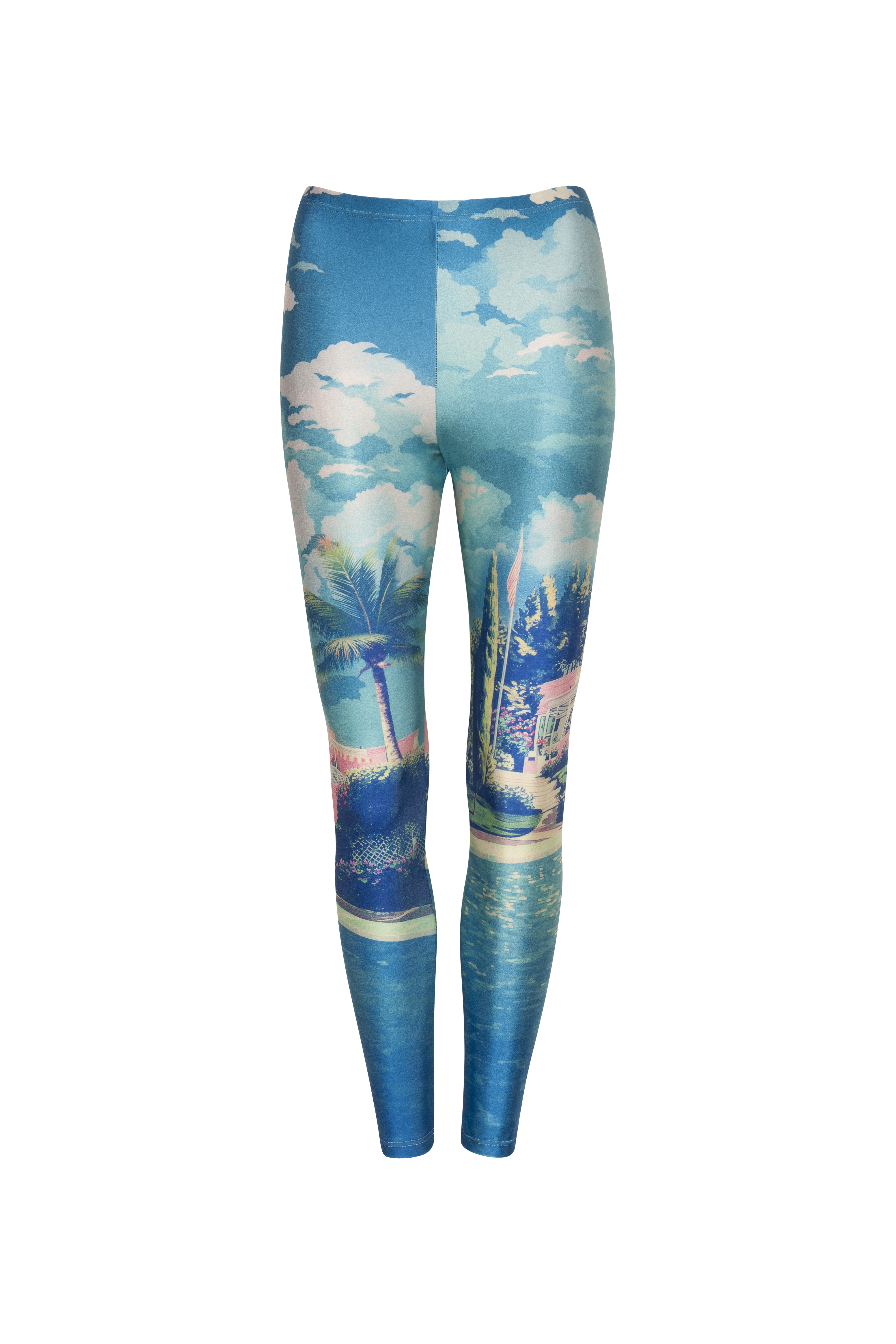