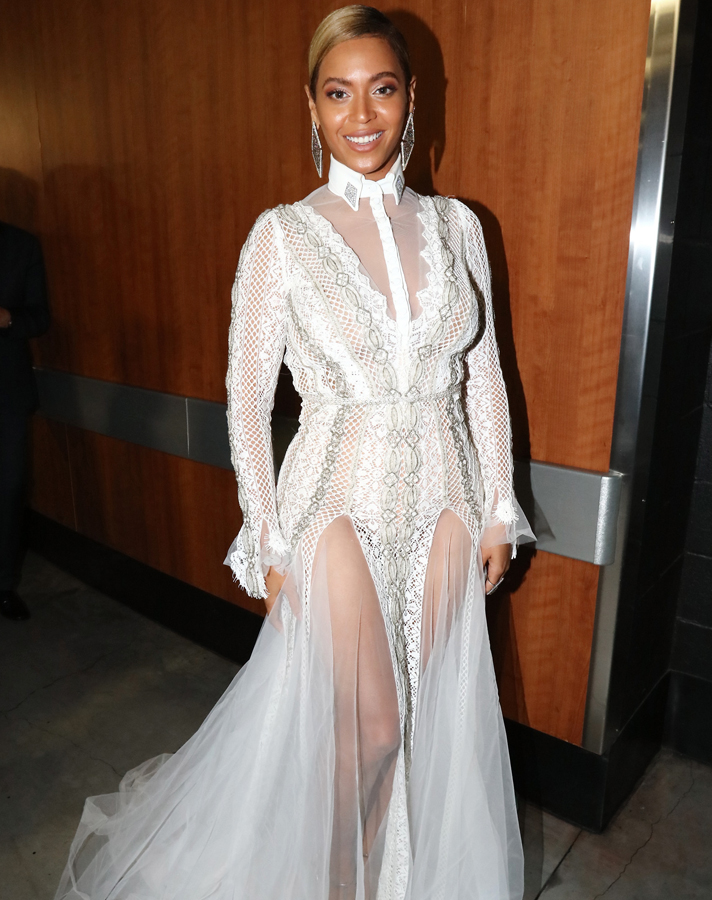 If we learned anything from the surprise release of Beyoncé’s self-titled album in 2013, it’s that she has no issue secretly working on music and dropping it without warning. Right now, Bey’s most dedicated fans are speculating that she might be ready to do the same thing in 2016—and here’s why.

First, Bey released an unexpected new song, “Formation,” ahead of her Super Bowl halftime performance in February then announced a world tour—her first since the “Mrs. Carter Show” in 2013. That’s the first clue; the second is that her iTunes page shut down for a short time on Wednesday, according to some eagle-eyed members of the beyhive on Twitter.

UPDATE: Her iTunes is back up but something big is happening, the album is confirmed for April release.

Add to that the fact her Vevo page shows hidden music videos, and it looks pretty darn suspicious. Apparently there are a whopping 18 of them, all HIDDEN! You can see on the Beyoncé Vevo page that she has 120 videos, although only 102 are actually visible.

Beyoncé’s Vevo channel says she has 120 videos although only 102 are visible which means 18 are unlisted videos… pic.twitter.com/3Z8izuFUNd

Superfans also started reporting news that an album date has been locked down for April—which would make sense, seeing as the “Formation” tour kicks off April 27. Right now, it’s the only thing the beyhive is talking about on Twitter, but reps for the star are yet to confirm the rumors, and knowing Bey’s history, we wouldn’t hold our breath for a release date. Until the music hits the Internet, we’ll just have to wait this one out. And refresh the star’s Instagram and Twitter obsessively, of course.

until april 27th, we can’t sleep because Beyoncé may drop her album any moment and I can’t afford to miss being part of history

"My theory is that Beyoncé's 6th album will drop on April 4, 2016; the fourth day of the fourth month of a year that is divisible by four."

When April Fools Day is coming up and Beyoncé hasn’t released her album yet pic.twitter.com/XUwEObHSR1