BeyHive, strap in because you’re in for one hell of a ride. Last week, at Liberty University’s Christian student Convocation in Lynchburg, Virginia, Michelle Williams—one third of Destiny’s Child—was asked to prank call Beyoncé in front of 13,000 students.

Hesitant at first, Williams called out the audience for using her to get to Queen Bey. She also reminded the crowd that the mom of three recently gave birth to newborn twins, Rumi and Sir. “You all just using me, and I don’t appreciate it,” Williams said. “You all are so shady.”

After a playful jest with the crowd, Williams eventually picked up her iPhone and searched for Bey’s number. But before she made the call, Williams, knowing that Bey was on the west coast, calculated the time difference to make sure she wasn’t calling her at an inappropriate hour. (She knew Bey was at home because of a recent text, just to rub it in.)

MORE: Beyoncé and Blue Ivy Did the ‘Single Ladies’ Dance Together, and We Can’t Stop Watching 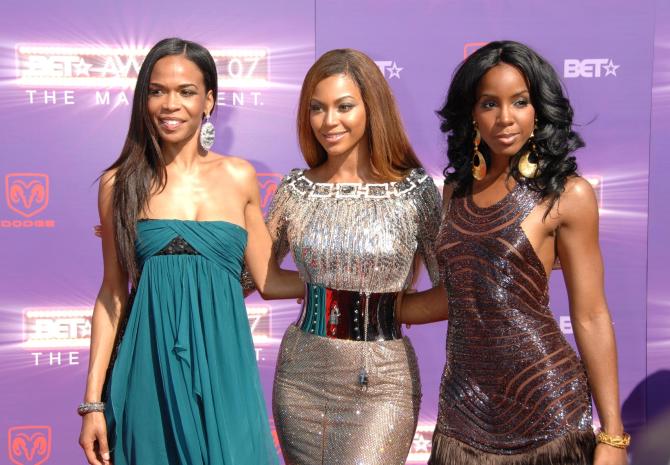 Finding 8 a.m. suitable for a prank call, Williams pulled Beyoncé’s number up on her phone and showed her screen to the audience. Naturally, the Destiny’s Child member plugged the “Formation” singer’s name in as just “B” with a picture of a bee as her icon. Then she made the call. After a long series of unanswered rings, the call went to voicemail, which said: “Hey, it’s B. Leave a message.”

But it didn’t end there. Minutes later, Beyoncé called her back. After telling the crowd to shh, Williams picked up her phone. “Hey! Hey babe!” Williams said, to which Beyoncé responded, “Hey babe, how are you?”

After the crowd couldn’t keep their silence and erupted into applause, Williams explained that she was in front of thousands of students. However, just because she’s Queen Bey, doesn’t mean she has good service. When Williams asked how she was doing, Bey responded with a muffled answer. “What? Your phone breaking up. You got bad service, boo,” Williams told her.

MORE: 15 Iconic Moments from Before Beyonce Was Famous 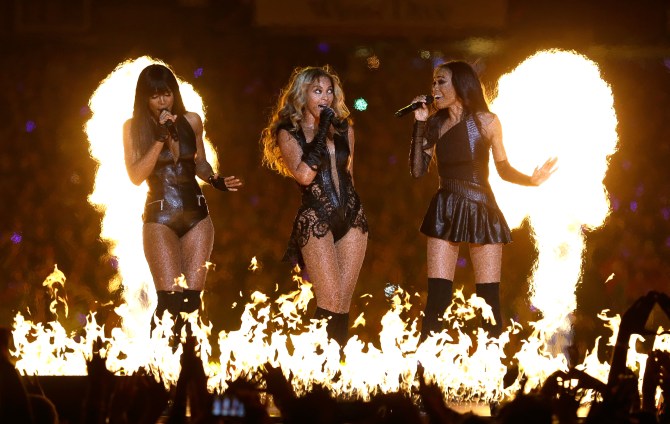 The crowd then asked if the duo could sing “Survivor” with each other over the phone. Given that the third Destiny’s Child member, Kelly Rowland, was on a flight to Australia, Williams swiftly declined. “Whatever we do, we do as a trio. Not duets. We don’t do that,” she said.

However, she eventually gave in and the two sang the chorus to “Survivor,” which caused the crowd again to go crazy. After Bey abruptly hung up on her former bandmate as she was trying to decipher what the audience was telling her, Williams had to break hard news to the BeyHive.

MORE: Beyoncé Just Inked the Cutest New Tattoo In Honor of Blue Ivy and the Twins

Turned out, the voice on the phone wasn’t actually Beyoncé, but a woman named Katie who agreed to help Williams prank the audience. And, judging from their very natural disappointment when Williams made the big reveal, she got them good. Though it wasn’t her original idea, it seems like Williams had fun with the epic prank, judging from her tweets after the event.

Watch the hilarious prank call go down at the 19:18 mark with the video below. Word to the wise: Don’t mess with Queen Michelle.