Here’s the thing, Queen Bey can do no wrong in our book. Still, the singer is facing some heat for her actions at The Lion King premiere. Apparently, Beyoncé broke royal protocol with Meghan Markle but like…does it even apply to her? LMK. A photo of the “Spirit” singer and the Duchess of Sussex hugging has made its rounds on every social media platform. Don’t worry—the hug was totally cool and didn’t break any rules. But news outlets everywhere have been analyzing the meet between Beyoncé and the Duke and Duchess of Sussex, claiming that Bey did, in fact, break royal protocol. Entertainment Tonight even talked to a source who confirmed the misstep. So what was this mystery rule that Bey broke? Well, we all know it’s fashionable to arrive late, right? Turns out you’re not supposed to arrive after the royals, and that’s exactly what Beyoncé and Jay-Z did.

According to the source at Entertainment Tonight, arriving after Prince Harry and Markle was a no no. To be fair—though Markle and her husband walked the red carpet before the Dream Girls actress and her other half, Beyoncé and Jay-Z were right behind them. The carpet also had to be cleared (for obvious security reasons) when the new royal parents arrived so that could actually be the reason Bey-Z (is that a thing?) followed after.

The source continued, adding that Beyoncé and Jay-Z “completely upstaged” the Duke and Duchess of Sussex because the American “it-couple” got bigger cheers when they arrived. Um…I’m sorry WHAT. Isn’t that based solely on the crowd and not the people…? Beyoncé and Jay-Z can’t help that they’re popular. Le duh! 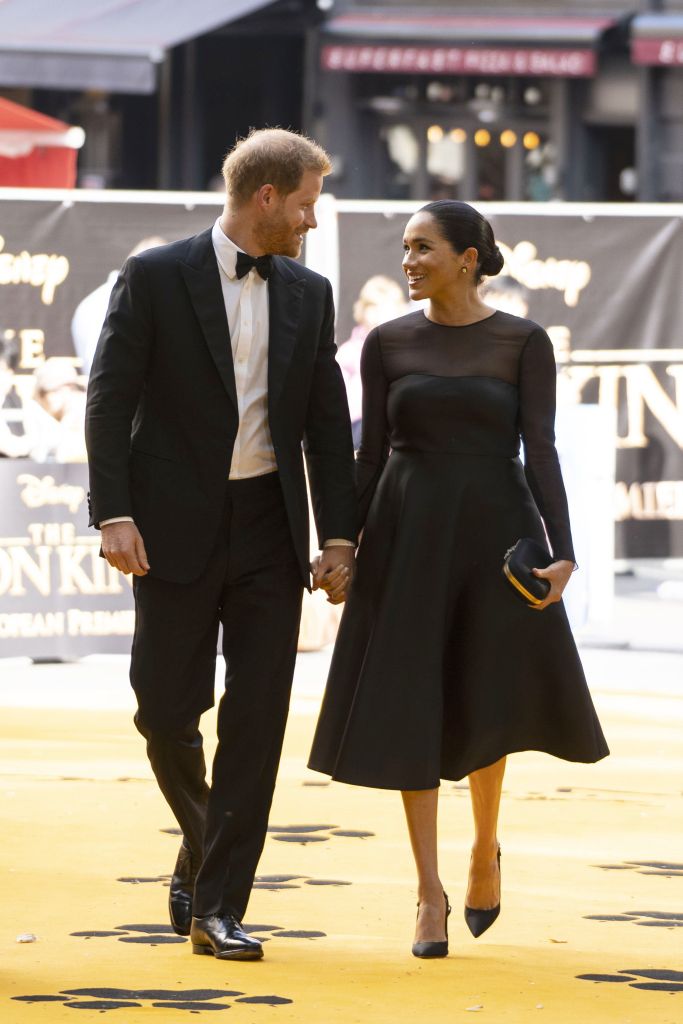 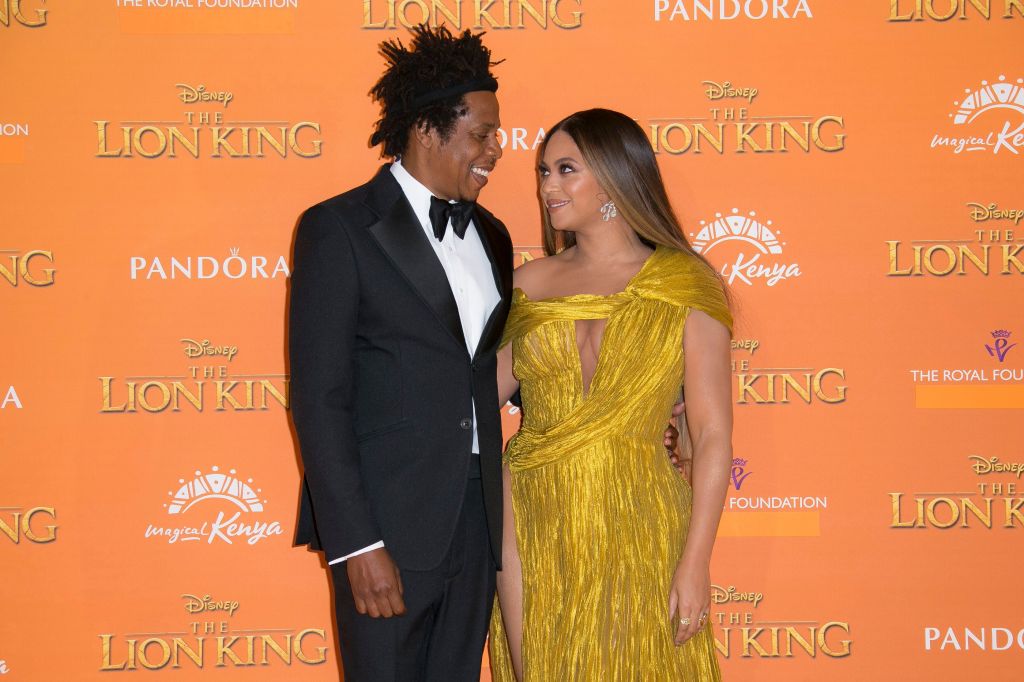 Well, Markle and Prince Harry didn’t seem to notice or be bothered by the whole upstaging thing. Here’s the hug heard round the world: 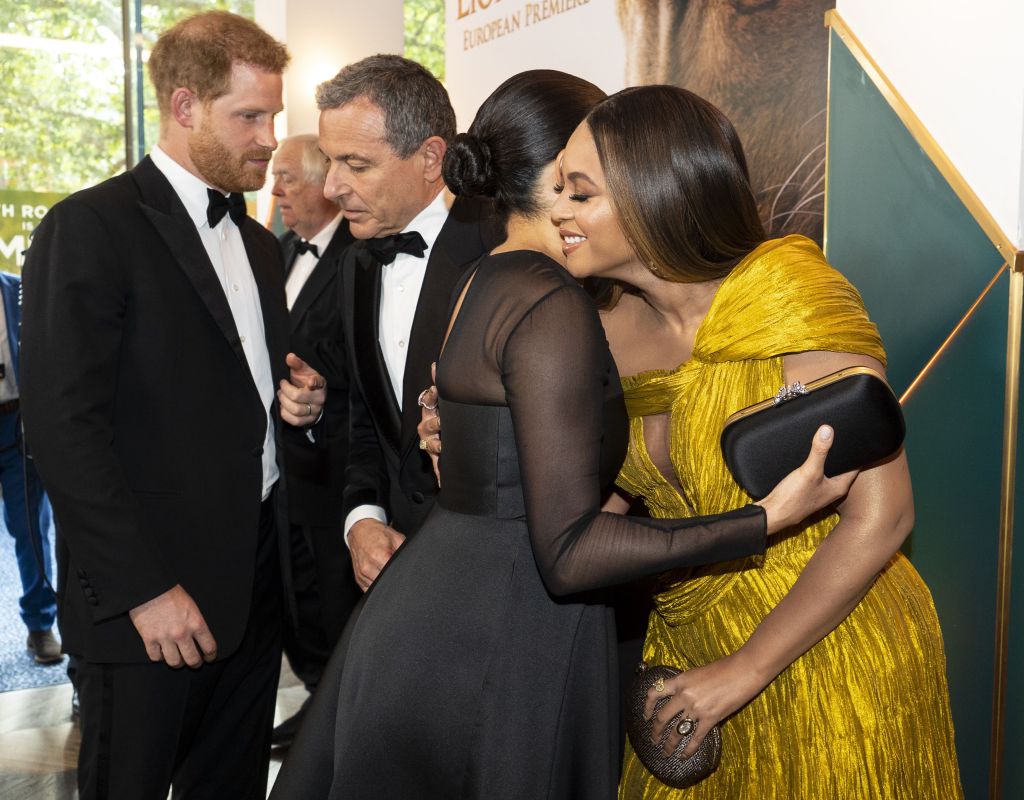 Oh—and Prince Harry got one too! 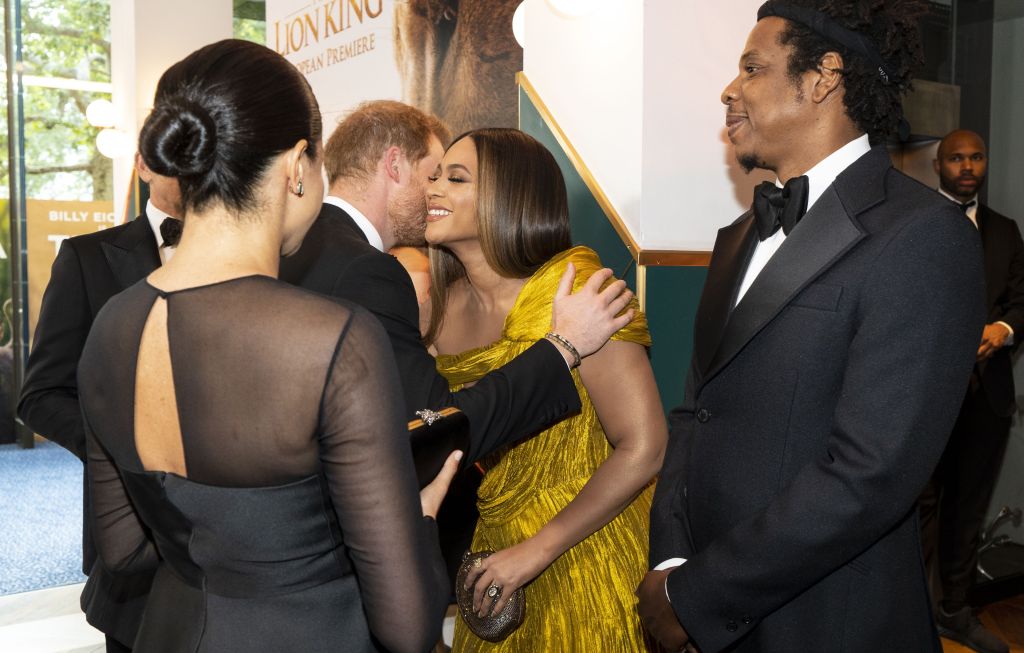 1999: Referencing her Texas roots with a cowboy hat and bandana-print tank

2000: Matching sequined bikini tops and white bottoms for the red carpet in the early '00s

2001: Body jewelry matching one of your hit songs? Why not.

2003: Full-on sparkle during the "Dangerously in Love" era

2006: Silver body art to match a cropped two-piece look during a 2006 performance

2007: Almost as golden as the awards at the Golden Globes

2010: Golden in a glamorous cut-to-there cocktail dress with Rihanna

2011: Showing off a pregnant belly in an orange Lanvin gown

2012: Queen Bey showed off a tight bod in a sheer Givenchy gown just months after giving birth to Blue Ivy.

2013: Who run the world? Beyoncé flexed her girl power performing at the Beyoncé Bowl (also known as the Super Bowl) with Kelly Rowland and Michelle Williams.

2014: Before the infamous elevator-gate, Bey stunned at the Met Gala.

2015: If you've got it, flaunt it—Beyoncé wore the most naked of all naked dresses.