Here’s a little story to brighten your Hump Day: Beyoncé and Kelly Rowland (among others, including Jay Z) rolled up to a random karaoke bar in Miami last night, barged into a room where three girls were drunkenly singing Bey’s song “Party,” and proceeded to photobomb one of the ladies, who happened to be passed out on the couch. Sound like the stuff of celebrity-encounter folklore? Well, it’s not. It actually happened. Behold: 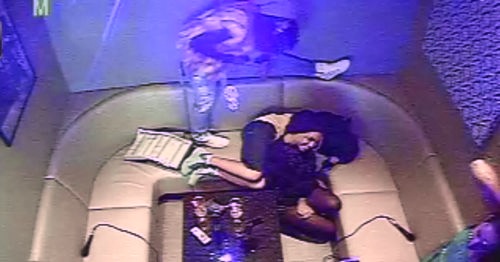 Bey, seated in a black cap, and Kelly, standing over the sleeping girl.

It all went down at South Beach karaoke bar Sing Sing, and the rundown of the encounter were described in detail over at the Miami New Times. Around midnight, several black SUVs pulled up to the locale, at which point a security guard entered the establishment inquiring if they had any free karaoke rooms. Shortly after, several discreet individuals wearing hoodies entered.

“All of a sudden a couple of people wearing hoodies start trickling in and one woman comes up and asks me where the bathroom is and I look up and it’s freaking Beyoncé,” owner Kellie Pilicer tells the Times. The crew was then escorted to the bar’s VIP room, but they didn’t stay there very long.

Beyoncé and Kelly asked where some of the other occupied karaoke rooms were, and shortly found themselves barging into a room occupied by three young women who happened to be singing Beyoncé’s anthem “Party.”

“They start dancing together, but [the girls] have no idea who it is,” said Pilicer. “And all of a sudden one of the girls looks at Kelly and says, ‘Oh, you look like Kelly Rowland,’ and then she looks at Beyoncé and goes, ‘Oh my god!'” That’s when the alleged photobomb, with the sleeping friend, took place.

This is the best story ever, wouldn’t you agree? Sound off below! 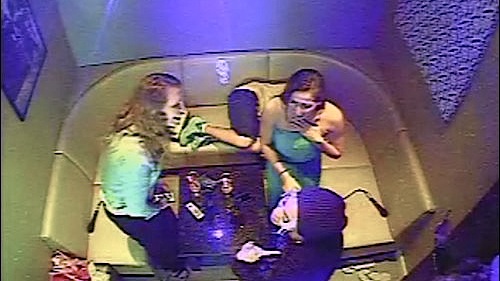