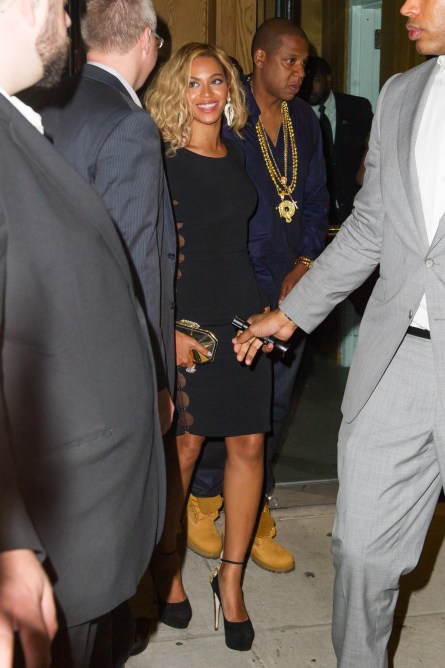 There were two very notable absences from MTV’s Video Music Awards last night: Beyoncé and Jay Z. While most of us assumed the power couple wasn’t in attendance because Queen Bey is currently on tour, it turns out we were wrong: the two were spotted out and about at the show’s Manhattan after-parties last night, not long after the broadcast finished up in Brooklyn. So what gives, y’all?

MORE: Jay Z Surprises Beyoncé On Stage at Her Show

Beyoncé—who, by the way, looked stunning in a curve-hugging cutout LBD at the VMAs after-party at the Dream Downtown’s rooftop lounge PH-D—seems like one of the few celebrities on good terms with the VMAs; after all, she did use the Awards Show to make her official pregnancy announcement back in 2011. And Jay Z once owned stake in Brooklyn’s Barclays Center, where the show was held last night. So the question remains: why didn’t the pair attend?

MORE: Beyoncé Biked To Her Last Concert in Brooklyn

The answer, it seems, is quite simple: because they didn’t want to. If there’s any couple in music who can get away with not attending an Awards Show just because they don’t feel like going, it’s Jay Z and Beyoncé. They have nothing to prove to anyone, and quite frankly the shenanigans the VMAs are renowned for (Miley Cyrus twerking in latex, anyone?) seem a little bit below the standard’s of music’s most royal couple.