Naturally, some fans are drawing parallels between Bey’s “Drunk in Love” lyrics, “I’ve been drinking watermelon,” and her new venture. To those people, we direct you to Urban Dictionary before crediting Beyoncé with predicting the trend way back in 2013 (when the song first came out).

Beyoncé said in a statement that her decision to become involved with the startup has nothing to do with the fact watermelon is basically being hailed as the next coconut water (which means $$$) and everything to do with making the world healthier: “I invested in WTRMLN WTR because it’s the future of clean, natural hydration,” she said. “As partners, we share a simple mission to deliver accessible wellness to the world. This is more than an investment in a brand, it’s an investment in female leaders, fitness, American farmers, and the health of people and our planet.”

MORE: 20 Drinks That Claimed to Be the Next Coconut Water

The drink itself has just a few ingredients, all of them natural, including watermelon flesh and rind and organic lemon. There’s no added sugar or water (probably because the fruit is already 90 percent water and six percent sugar), and it promises to be a good source of potassium and vitamin C. It also has less than 60 calories per bottle, which might explain why it’s becoming popular as a postworkout alternative to sports drinks and a remedy for hangovers.

Sports nutritionist Marie Spano told us that while it’s probably not something serious athletes would drink, WTRMLN WTR is a healthy choice for you to guzzle after a regular session at the gym. “This drink isn’t great for the serious gym-goer or athlete because it contains no sodium, the primary electrolyte lost in sweat and the one that should be replaced with sodium chloride,” she said. “I see this more as a lifestyle drink or postworkout drink because it has potassium, a nutrient most Americans aren’t getting enough of and one that is important for healthy blood pressure. It’s also an excellent source of vitamin C, and watermelon is a natural source of the carotenoid lycopene, which is good for skin.”

As for the flavor, well, that’s debatable. We asked one drinker what it tastes like, and she said: “It’s sweet and very good and tastes exactly as you would expect watermelon water to taste,” but then added that her boyfriend isn’t a fan. Still want to try it? A 12-pack online will set you back $39.99 plus shipping, or you can run into Whole Foods and buy a single bottle to try. Or you know, just put a slice of watermelon and some lemon into a blender. 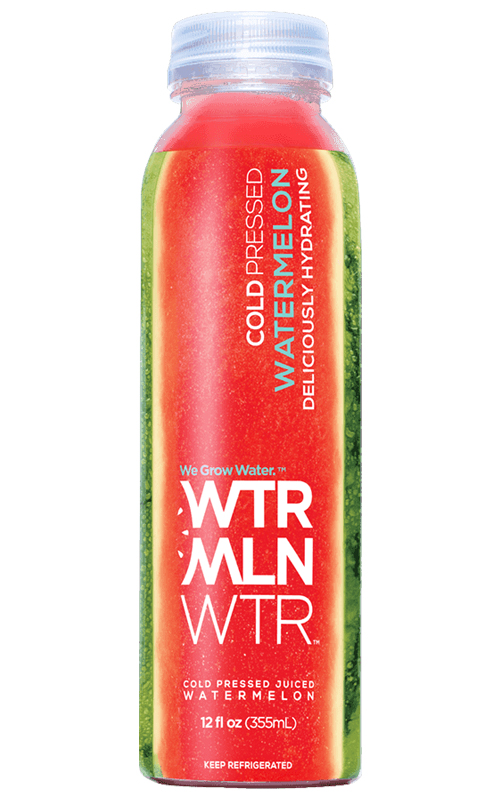