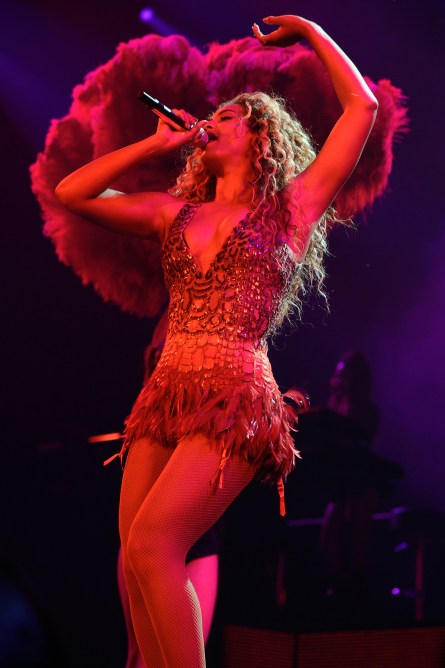 For her three performances this weekend at Brooklyn’s Barclays Center—which is co-owned by her husband Jay Z, who also made a surprise appearance at last night’s show—Beyoncé pulled out all the stops. The three performances marked the end of the American leg of her Mrs. Carter Show world tour, so Bey celebrated by donning not one but two custom looks desinged by Gucci creative director Frida Giannini.

First up: an embroidered mini-dress embellished with metallic sequins and feathers in a “degrade effect” from taupe to deep red. Then Bey closed out her show in an embroidered three quarter sleeve V-neck optical beaded top and white silk stretch trousers.

“Designing for Beyoncé was great fun as she always puts on an amazing live show,” Giannini said in a statement. “I wanted the outfits to bring to life the assertive, powerful femininity I see in her performances. Her sheer talent, work ethic and uncompromised authenticity are her defining characteristics.”

It’s no surprise that Beyoncé would add Gucci to her stage style repertoire alongside Roberto Cavalli, Proenza Schouler, and more. She is currently teamed up with the brand as one of the co-founders of their female empowerment organization, Chime for Change.

See the sketches below! 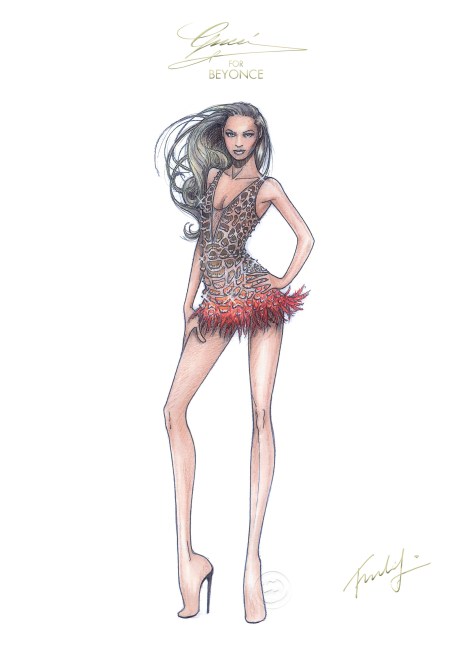 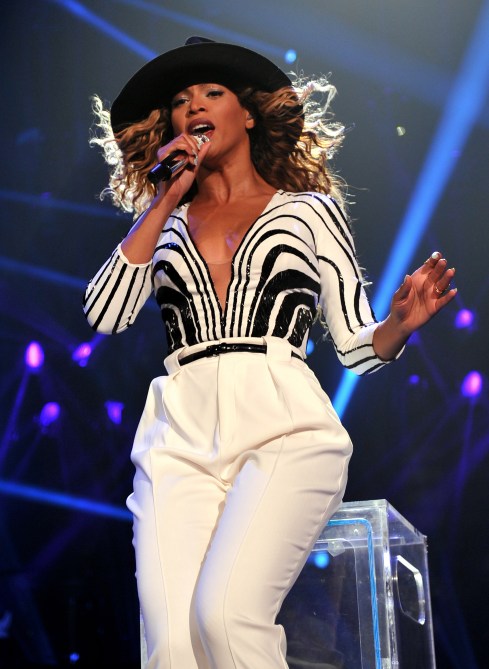 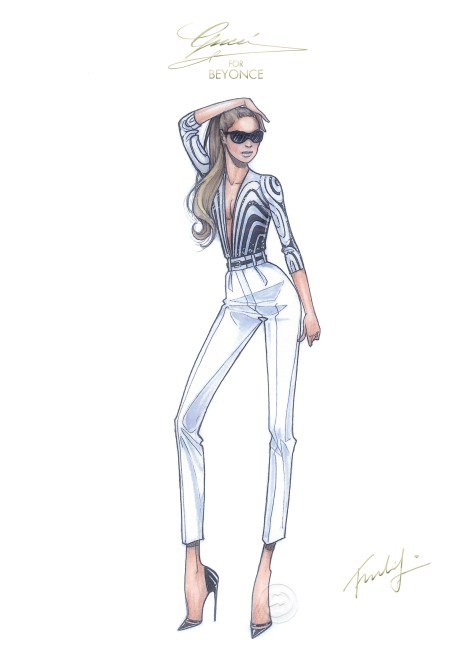