Queen Bey’s done it again! For those of us in the Beyhive, this means we got the supreme honor of hearing Beyoncé’s Grammys acceptance speech during the 63rd Annual Recording Academy Awards. But in case you missed it, keep on reading for a recap and video below.

During the awards show on Sunday, March 14, Bey took home a solo award for Best R&B Performance for her song “Black Parade.” The 39-year-old singer’s win officially made her the most-awarded woman in Recording Academy history. “I’m so honored and so excited. As an artist, I believe it’s my job and all of our jobs to reflect the times,” she opened her history-making speech. The Black Is King artist went on to acknowledge the inspiration behind her song. “I wanted to uplift, encourage, and celebrate all of the beautiful Black queens and kings that continue to inspire me and inspire the whole world.”

“This is so overwhelming,” she continued. “I’ve been working my whole life, since [I was] 9 years old. And I can’t believe this happened. This is such a magical night. Thank you so much.” Bey went on to wrap up her speech with the sweetest shout-out to her kids: “I know my daughter is watching. Two daughters and a son. Blue, congratulations. She won a Grammy tonight. I’m so proud of you. I’m so honored to be your mommy. All of your mommies. ”

Bey’s solo win for Best R&B Performance came just moments after she and Megan Thee Stallion took home the award for Best Rap Song for “Savage,” which Megan released a remix of with Bey in April 2020. After Bey and Megan took the stage together, the “Body” singer opened up about what it was like to record “Savage” with her idol. “I really want to say thank you to Beyoncé,” Megan said. “If you know me, you have to know, ever since I was little, I’m going to grow and be like the rap Beyonce.”

The rapper went on to recall how she saw Destiny’s Child as a young girl at a rodeo in Texas. She also recalled how her mom would often ask her, “What would Beyoncé do?” which led her to talk about how she would often follow Bey’s lead “but make it a little ratchet.” After Megan’s piece, Bey took the microphone to pay tribute to her “Savage” collaborator. “I just wanted to quickly give my love to Megan. I have so much respect for you,” she said before paying tribute to Houston, Texas, where she and Megan both grew up. “We love you, Houston,” she said. 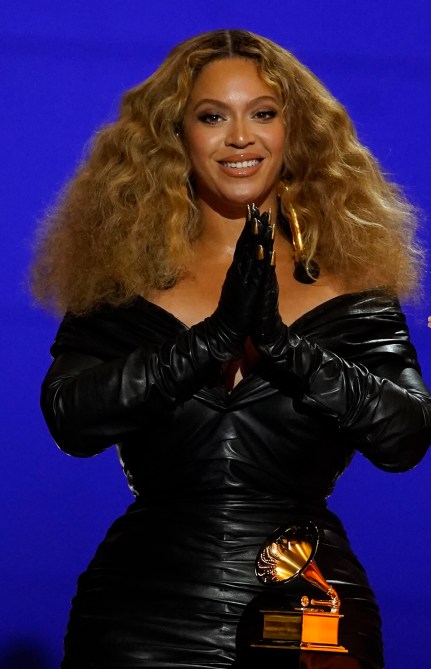 Before the two left the stage, host Trevor Noah revealed to Bey that, with her win for “Savage,” she tied with singer-songwriter Alison Krauss as the female artist with the most Grammys at 27 Grammys each. The camera then panned to a shocked-looking Queen Bey who expressed her gratitude for the honor—if only she knew that, moments later, she would break the record altogether!

Beyoncé’s award follows her previous 24 Grammy wins in years past—a record matched by only six other artists in all of Grammy history. For the 63rd Annual Recording Academy Awards, Queen Bey received a whopping nine nominations across eight different categories. Most of her nominations in 2021 came from her song, “Black Parade,” an empowering anthem that was released during a summer of nationwide protests against racism and police brutality following the deaths of George Floyd and Breonna Taylor. 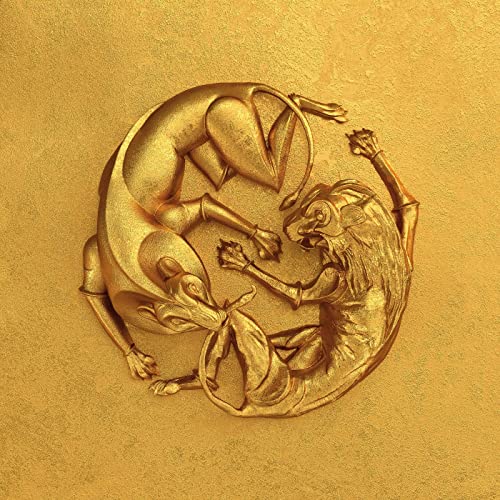 “Black Parade,” which was released on the deluxe edition of The Lion King: The Gift and Black Is King, earned nominations for Record of the Year, Song of the Year, Best R&B Performance, and Best R&B Song. Another Lion King: The Gift track, “Brown Skin Girl,” was nominated and won for Best Music Video, whereas Beyoncé’s second nomination for Record of the Year is thanks to her feature on Megan Thee Stallion’s “Savage” remix. This marks only the second time an artist has ever received two nominations in the same category in one year (the first artist to achieve this was Pharrell in 2014). “Savage” was also nominated for Best Rap Performance and Best Rap Song.

Meanwhile, Bey’s 2020 visual album Black Is King also got a nod for Best Music Film. The film itself was completed during the summer of social unrest. Kwasi Fordjour, the creative director of Parkwood Entertainment and the film’s director, told GRAMMY.com that working on Black Is King was like “divine intervention.”

“To be working on a piece like this and then going into this culturally and socially, I never really experienced anything like that in my life, as far as the creative process,” Fordjour said. “Being able to do something that was a love letter to fellow women and men, and our culture, in a time when we need a pick-me-up, that is something that I will never forget.” 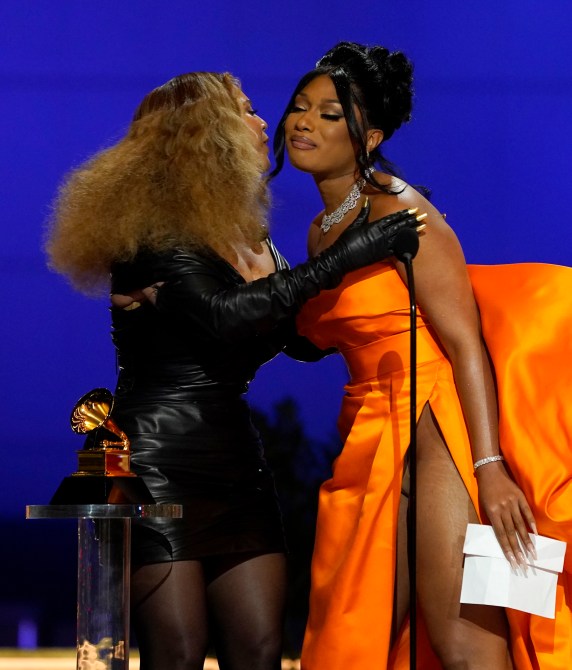