Sometimes you hear a piece of news about which there’s no more appropriate response than what?!  This, friends, is one of those times: according to U.K. paper Metro, which enlisted the help of experienced jeweler and diamond expert Vashi Dominguez, Beyoncé’s engagement ring—an emerald-cut diamond weighing in at a reported (and massive) 24 carats—is now valued at nearly $10 million. 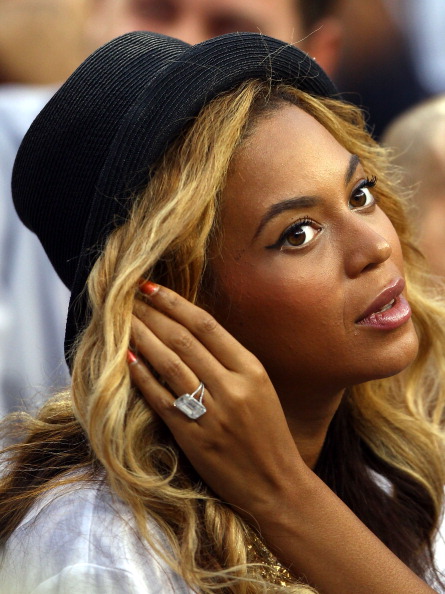 Dominguez analyzed the ring at its initial worth, when Jay Z first purchased it in 2008 to bestow upon his soon-to-be wife; at that time, he reportedly bought it for about $4.7 million. Six years later, it’s appreciated in value to an estimated $9.77 million.

This is just an insane amount of money, even relative to other stars with giant rocks. (Kim Kardashian’s, for example, is now worth about $5.1 million, appreciating in value from the $5 million Kanye West allegedly paid for it back in October 2013; Mary-Kate Olsen’s vintage Cartier ring is worth $81,000, which seems straight-up measly in comparison.)

MORE: How to Buy a Unique Engagement Ring

Some other fun facts: Kate Middleton’s ring, a 12-carat blue sapphire surrounded by a halo of 14 solitaire diamonds she inherited from Princess Diana, is now worth more than 10 times its initial value in 1981: it appreciated up from $47,000 to $505,000.

Head to Metro U.K. to read the rest of the fascinating list! (Although Bey’s ring is by far the biggest and best.)