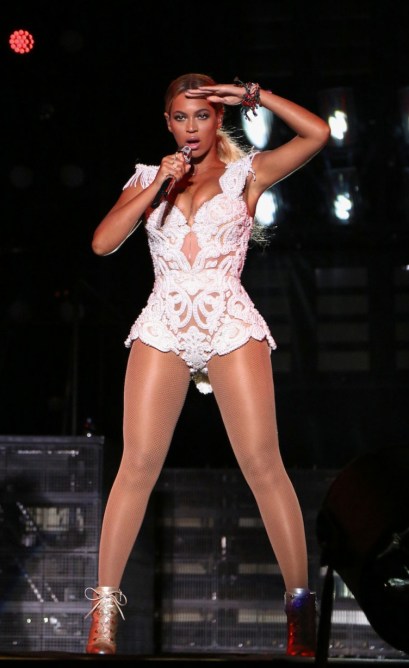 When it comes to the requests stars make while on set or touring, we’ve learned to expect the unexpected. In Touch has scored a copy of Beyoncé‘s latest list of dressing room demands and though some are perfectly reasonable, others back-up the Queen Bey moniker she’s rightfully earned.

Obviously Mrs. Carter would require the entire space to be fully baby-proofed for the safety of 21-month-old Blue Ivy, but the singer also requests that her dressing room be furnished in all white and for the temperature to stay at 72 degrees.

The 32-year-old singer’s tour rider also lists two bars of Irish Spring Bar Soap, high-end grapefruit scented candles, and asks that “all food and beverages are to be presented on a table with a clean white tablecloth.” As if anyone would dare to bring Queen Bey a dirty tablecloth.

The “Love On Top” singer understandably has a no camera-policy on set, and in true diva fashion requested that a large second room be set up with a giant vanity and stage lighting to ensure her hair and makeup team can make the star look her best.

Interestingly, Business Insider obtained Beyoncé’s tour rider in 2012, and back then the star needed her dressing room to be kept at 78 degrees (guess she’s warmed up since then), and demanded chicken legs “HEAVILY SEASONED” with cayenne pepper, and rose-scented candles. And there could absolutely not be any Coca-Cola products anywhere in the vicinity as Bey’s contract only allows her to be seen with Pepsi products.