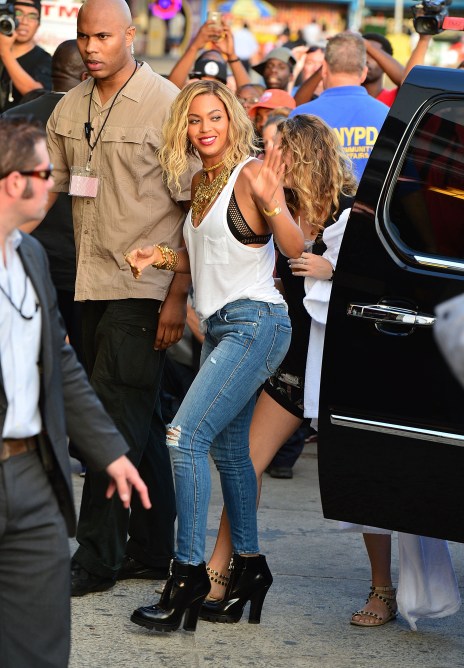 As of late, Beyoncé seems to be on a mission to prove to the world that, despite being a Texas girl at heart, she’s a tried-and-true New Yorker now. First, she biked from her Tribeca home with husband Jay Z to her last concert at Brooklyn’s Barclays Center, and now: she chose Coney Island as the background for her new music video.

MORE: Why Didn’t Beyoncé and Jay Z Go to the VMAs? Because They Didn’t Want To

Queen Bey and photographer Terry Richardson headed out to New York’s most famous beachside neighborhood to film the video, where Bey also partook in one of the country’s most historic theme park attractions: the Coney Island Cyclone roller coaster. And, naturally, Beyoncé showed virtually no fear, riding alongside longtime stylist Ty Hunter in the front seat, with her hands up. 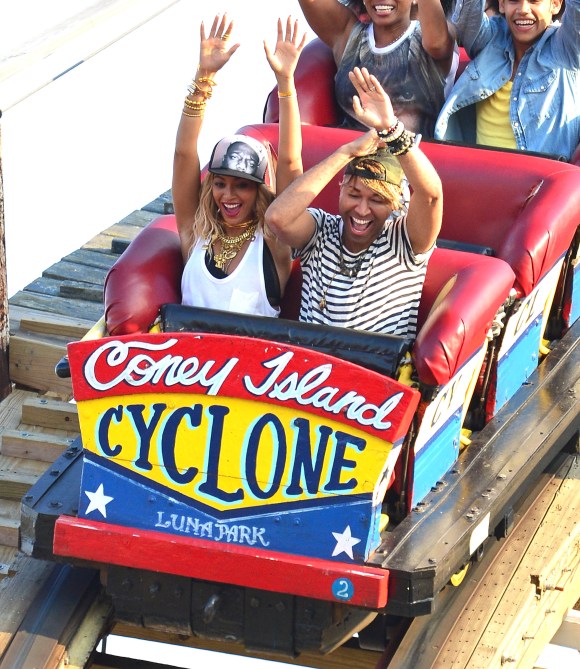 Bey rocked her preferred look as of late, a tank top with an exposed mesh bralette (which you can buy for $28 from Gypsy Warrior!) underneath it. She paired the top with plenty of gold chains around her neck and arms, a pair of skinny jeans, a Notorious B.I.G. snapback, and stacked black booties. Terry Richardson also shared a photo of the singer and himself riding one of Coney Island’s many rides. Seems like it was fun-filled day for the both of them! 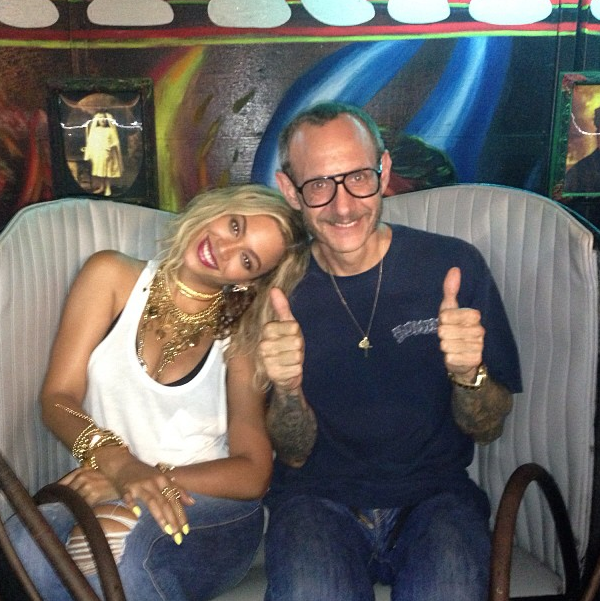 MORE: Beyoncé Orders More Than $2,200 Worth of Fast Food