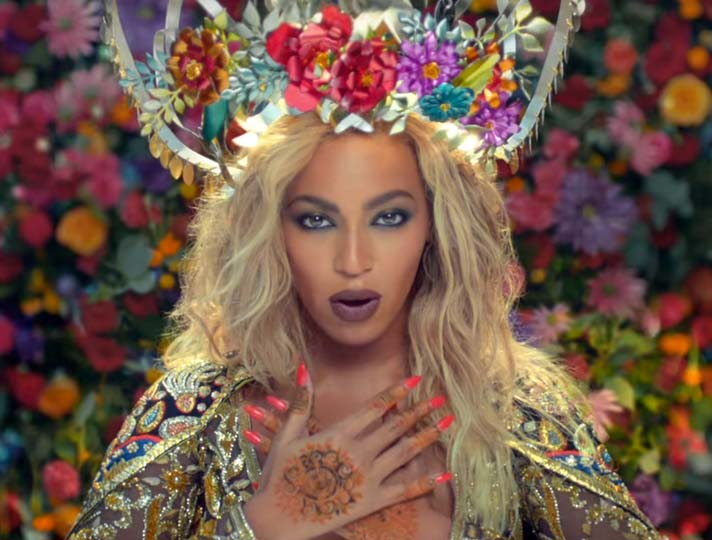 Alert the beyhive: Coldplay just released the film clip for their new track “Hymn for the Weekend”—and Beyoncé has a starring role. Dressed as an exotic Bollywood queen (complete with flower crown and henna tattoos), Bey makes her first appearance at around the 1 minute, 30 second mark, and then features regularly throughout the clip.

Coldplay’s Chris Martin collaborated with Bey on vocals for the new song, so it was expected (and hoped) she might make an appearance in the clip.

The musicians shot the bright and colorful video in a neighborhood of Mumbai, with Bey appearing on TV and movie screens rather than on the streets of India like Martin.

We’re pretty into this collaboration, so hopefully it’s a little preview of what we can expect from Coldplay and Beyoncé’s Super Bowl 50 Halftime Show on February 7. Watch it right here: