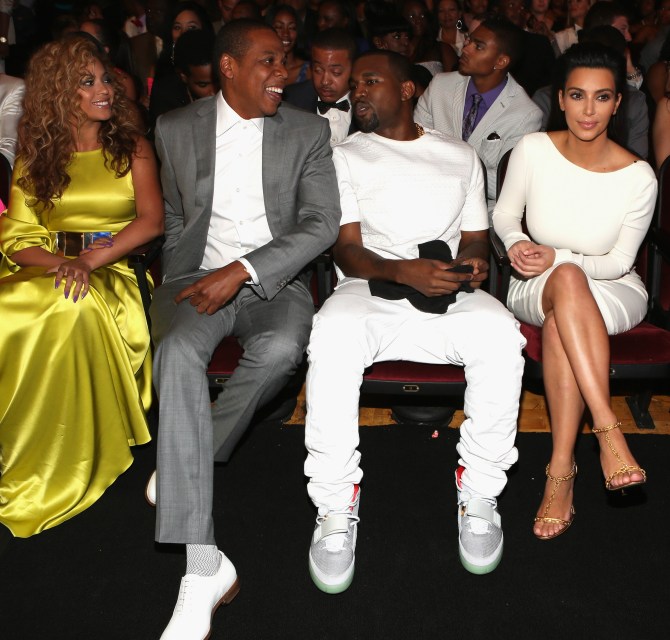 It seems that all those rumors that Beyoncé forbid Kim Kardashian from joining her social circle are a thing of the past. According to a report from Us Weekly, Bey and husband Jay Z paid Kim and new baby North West a friendly visit at their Calabasas home over the weekend.

MORE: The Most Absurd Celebrity Baby Names of All Time

Kanye West wasn’t around for the visit—he’s currently in Milan, presumably working on his alleged upcoming fashion line—so we’re kind of surprised Beyoncé made the trek all the way out there to see the tot, who was born June 15. Bey is currently in the throes of her Mrs. Carter Show world tour, making stops largely in the Northeast this week and closing out the tour at her hubby’s Barclays Center next week.

Obviously, the more we read about folks paying Kim visits, the more we start to wonder when she’s going to step out into the public eye after giving birth, and when little North West will make her official debut.

Not that we’re comparing the two women, but considering Catherine, Duchess of Cambridge stepped out less than 24 hours after giving birth, we’re a little bit tired of waiting on Kim. Even Beyoncé didn’t take this long after Blue Ivy was born to leave the house. Come on, KK! The world is growing impatient.