In the event that you’ve been living under a rock the past few days, Beyoncé broke the internet (and all kinds of records) last Friday when she dropped her self-titled fifth studio album without doing any sort of press or marketing for it ahead of time. The album features a number of super famous collaborators, like Justin Timberlake, her husband Jay Z, Drake, Timbaland, and countless others; so this all begs the question: how did Queen Bey manage to keep the huge project such a secret?

We managed to get in touch with one of the video extras on Bey’s set—who spoke under the condition of anonymity—and he dished to us what it was like to work with the star and how she managed to keep this massive, 14-song and 17-video project hidden from the world. Read on!

1. They didn’t play the songs while shooting.
“To be honest, it was a random job [for me], and they didn’t even play the songs on set. It was just one big secret. [The videos are all] so different. To be honest, the whole production was amazing, to see how much really went into everything. It was actually kind of fun, the entire time I’m thinking, ‘What is this going to be?’ It was one of the best shoots I’ve gotten to be involved in, everyone who worked on it was sweet and dedicated to what they were doing.”

2. The Lady Gaga-lookalike incident was probably not intentional.
“The stylists [were in charge of Edward’s look], not the directors or the producers. I don’t know if they were trying to connect Lady Gaga to stir up controversy, but in my opinion, I don’t think they were. I’m assuming they knew as little as I did about the project.”

3. There was a sense that this was not a typical Beyoncé undertaking.
“The whole time, I was just thinking, this is very different for Beyoncé. It was interesting. The whole production of it all … it was very spooky.”

4. Some of the shoots were long and exhausting.
“At the end of the ‘Superpower’ shoot, there was one scene where they had chosen 20 of us and told us to just go crazy: breaking windows, destroying concrete, etc. We kept doing a few takes of it. Toward the last couple takes, I ended up running off set to throw up. I just couldn’t do it. They were like, ‘It would have been awesome if you had thrown up on set.’ I was like, that may have been good for you, but that’s not pretty for me!”

5. The “Haunted” video was shot in a house used for another major pop star’s video.
“The house we shot in was the same house they shot [Gaga’s hit] ‘Paparazzi’ in. There were all these messages on these Gaga blogs connecting the two videos.” 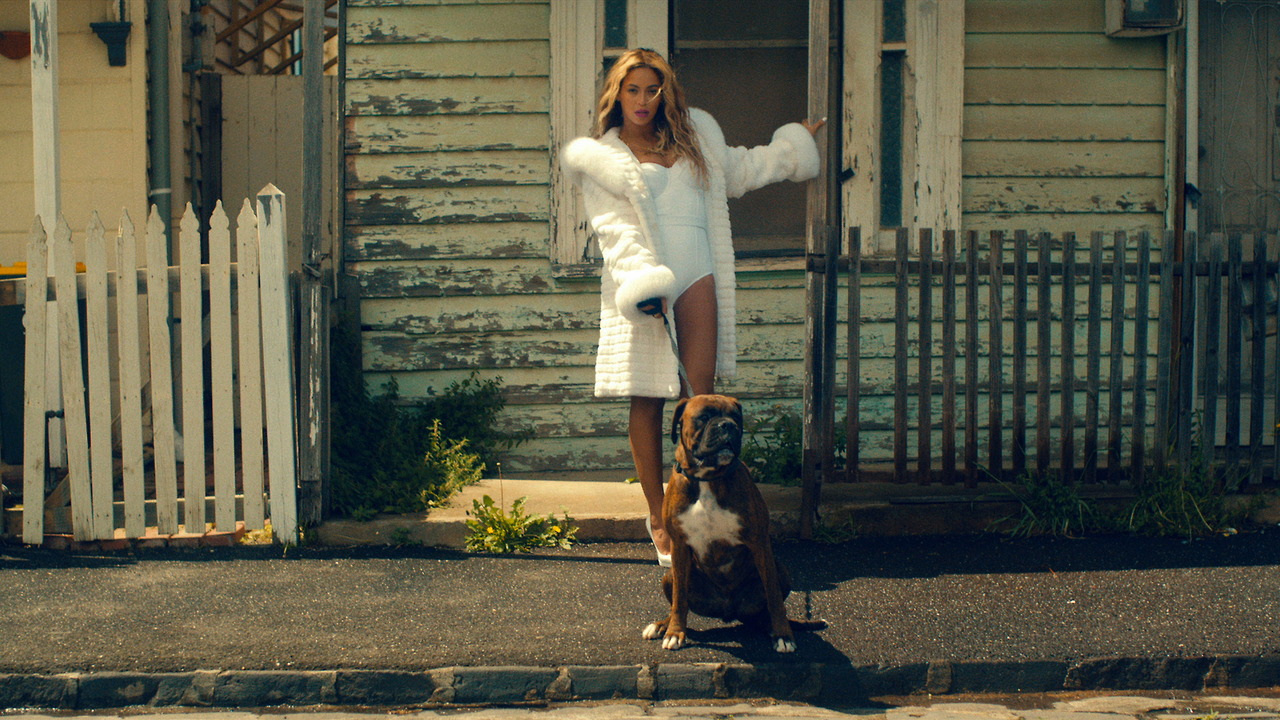