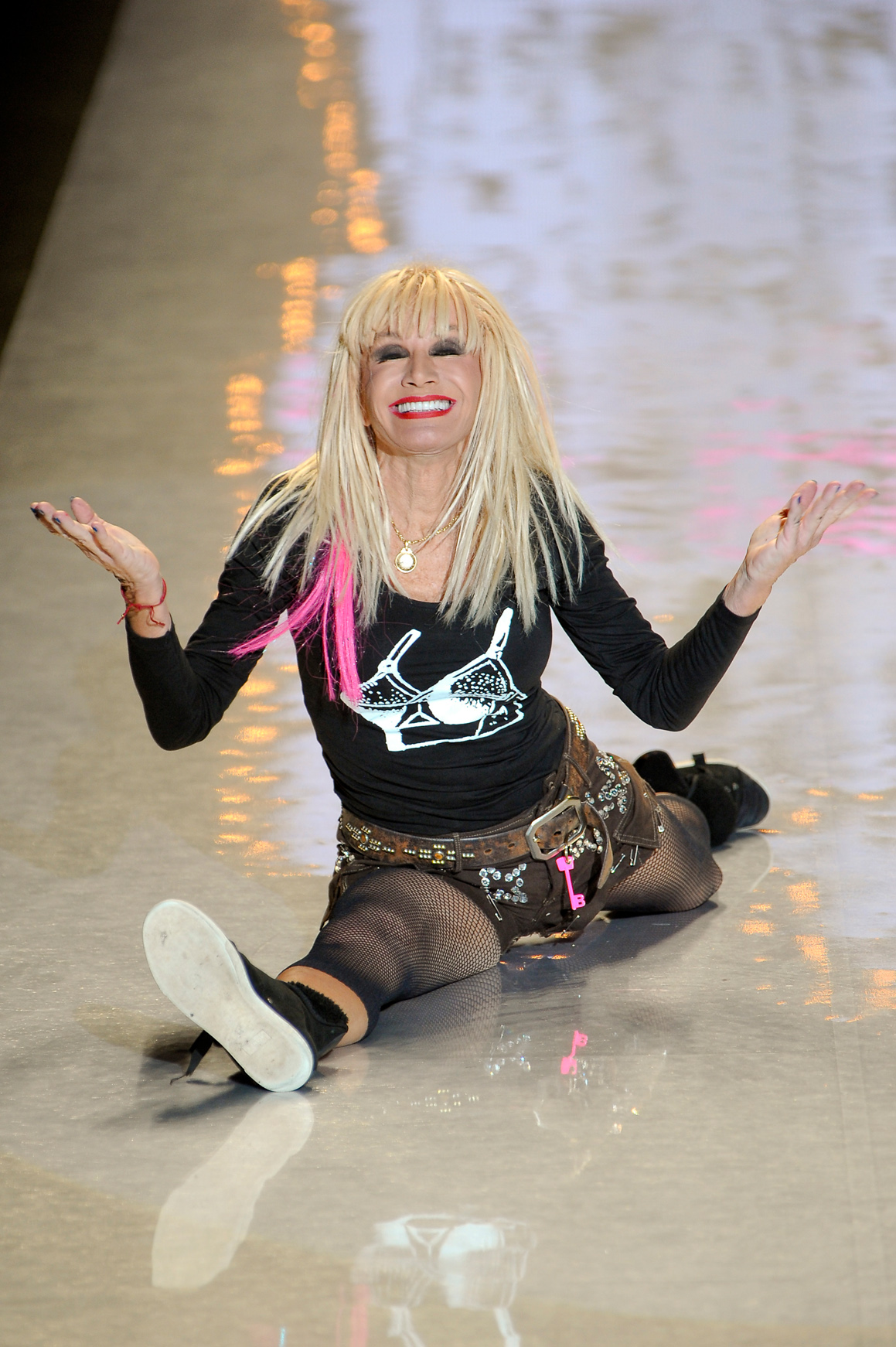 After publicly announcing two weeks ago that she’ll be taking the season off from showing at New York Fashion Week, Betsey Johnson seemed to have changed her mind. According to WWD, the designer—known for her explosion-0f-color creations and over-the-top presentations—will in fact be ready to send models down the runway at Lincoln Center’s tents on Feb. 11, saying: “I just could not stay away from Fashion Week. I wanted to do this for myself and for all of my fans to show that I’ve still got it and I am not going anywhere.”

In a Q&A with Ferm Mallis at the 92Y earlier this month, the 70-year-old designer said her commercially viable lower-priced dress collection she planned to show wasn’t catwalk worthy, reported WWD, although since her declaration of bankruptcy in April, most thought the choice to forgo Fashion Week was due to cash-flow issues.

While Johnson’s clothes—colorful, kitschy, girly—don’t have the same serious fashion cache as other labels presented during New York Fashion Week, her runway show is inarguably a highlight. Always an upbeat, lively catwalk that, above all else, doesn’t take itself seriously (and always finishes with Johnson herself turning out a couple of cartwheels), it’s probably fair to say that the feel-good show largely exists to keep Betsey’s larger-than-life persona relevant.