When I was growing up, wearing sneakers with anything but workout gear was possibly the biggest fashion faux pas you could make. Middle school is a rough time for all involved, but wearing sneakers with your weekend garb (yes, I had a school uniform), was a major style no-no. Fast-forward to 2020, though, and practically everyone is wearing sneakers at all times. It’s almost hard to spot a chic street style look without them. With this in mind, I’ve decided to take a gander at some of the best women’s sneakers (and most iconic fashion sneakers) of all time. If you’re just starting to recognize sneakers as a fashion statement, pay close attention—you’ve got some serious catching up to do.

From the truly emblematic Nike Air Jordans (Is anybody else binging the Michael Jordan docuseries this weekend??) to the checkerboard-emblazoned Vans slip-ons, there’s a long line of iconic sneakers dating back to the early 1900s. While most of these shoes began as sportswear essentials, they’ve all become popular players in mainstream fashion—as seen on influencers and celebrities alike. Even if you’ve never played a sport in your life (because basketball in sixth grade does not really count), you can totally feel free to rock these legendary styles without shame.

To give you a quick breakdown on what society might consider the world’s most iconic fashion sneakers from over the years, we’ve rounded up 13 must-haves any sneaker-head would approve of. While some aren’t available in their original iterations anymore (many kicks have become major collectors’ items) most of these brands—like Nike, Adidas and New Balance—have re-vamped their older retro styles and made them perfect for modern-day styling. Rock a pair with your favorite skinnies or a cute sundress and know that you’re part of fashion history. 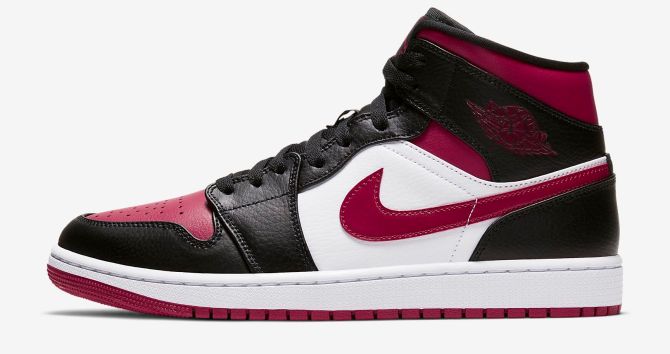 It wouldn’t be a sneaker round-up of any kind without a nod to the iconic Nike Air Jordan 1s. Released in 1985, these sneakers were made famous by Michael Jordan back when he played for the Chicago Bulls basketball team. The NBA had banned the sneaker for not meeting uniform requirements, but Jordan wore them anyway and made literal sneaker history. Jordan was fined $5000, but Nike—sensing the perfect advertising opportunity—footed the bill. While the OG Air Jordan 1s from the 1980s are a collector’s item, Nike still makes similar styles so you can get the same look as MJ. 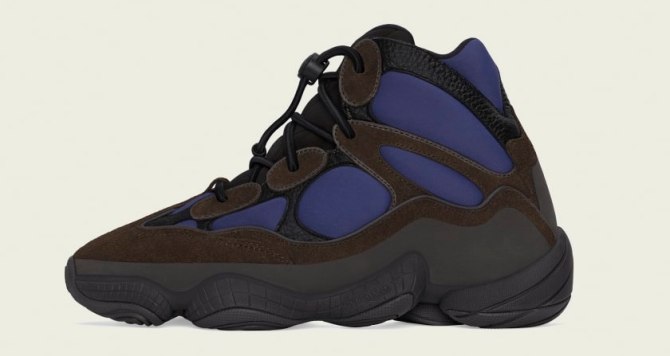 While nearly all Yeezy shoes have been ridiculously popular, the first-ever Yeezys were the Boost 750 style. Kanye West designed the shoe with Australian footwear silhouettes in mind—which is why the original sneaker kind of looks like a boot. The rapper’s goal was to create the shoe of the future, something Marty McFly from Back to the Future would have been stoked to wear as he traveled through time. When the shoe was released in 2015, Kim Kardashian-West tweeted about them and instantly made the shoe even more of a fashion must-have. Although Yeezy Boost 750s are incredibly rare—and most Yeezys sell out quickly even now—you can always wait in line to shop the latest styles as they drop, or else try to catch them online.

As Nike’s first basketball-specific shoe, the Air Force 1 was bound to make history—and once Moses Malone won an NBA title for the Philadelphia 76ers while wearing them, the sneaker’s fate was sealed. They gained even further popularity in the early 2000s when Nelly recorded a song called “Air Force Ones” which became a Billboard chart-topper. 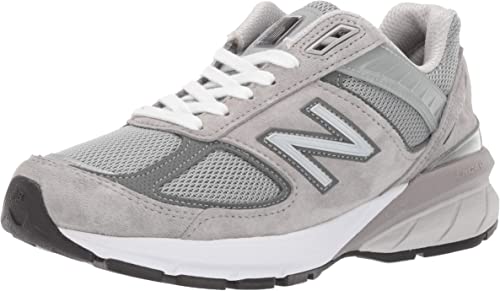 While currently the New Balance 990s are called New Balance 990 v5s
—and popular amongst both supermodels and midwestern dads—the sneaker’s history dates back to 1982. The shoe started with price tag of $100, which created some skepticism: Were these sneakers really worth the high price tag? Sneaker-lovers decided they were, and thus a star shoe was born. Since then, the sneaker has gained a cult following, and remains iconic to this day. 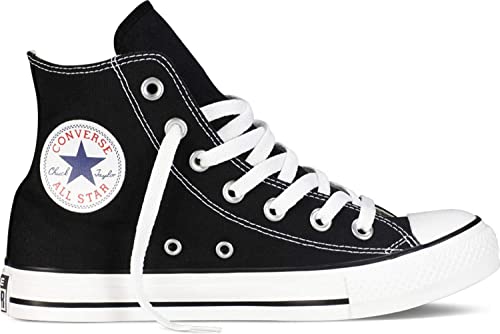 The Converse High-Top—AKA the All Star—was the first mass-produced basketball shoe, but it really gained popularity thanks to Charles “Chuck” H. Taylor. Taylor was a basketball player who ended up loving the sneaker so much, he joined the Converse team. He traveled all over the United States promoting the shoes. The iconic black and white Chuck Taylor All Star High Top
debuted in 1949, and it’s been pretty much everywhere since. 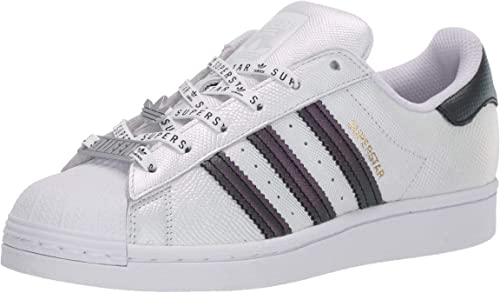 Adidas Superstars
were originally created as a low-top version of the brand’s Pro Model basketball shoes, but became ridiculously popular as a fashion sneaker as well. The sneaker has been re-vamped many times and continues to be an iconic silhouette to this day. One of the best parts about this particular sneaker, though, is that along with its famous history, it’s simple and cute enough to wear with just about any outfit.

The Nike Cortez sneaker
was actually released as the first “modern” running shoe. It was designed by Olympic track coach Bill Bowerman, and meant to be comfortable for long-distance runners. Launched a the 1972 Olympics, it remains a truly historic sneaker. It was even seen on the character Forrest Gump (played by Tom Hanks, in case you forgot!) in the 1994 film of the same name, which helped skyrocket the shoe’s popularity to non-athletes. 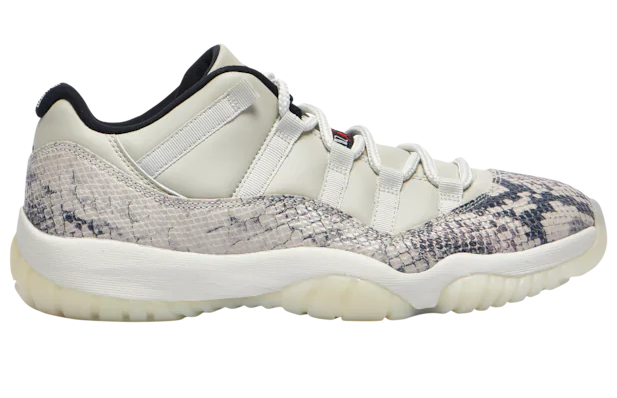 One of the other most famous Air Jordan sneakers are the Air Jordan 11s, which made an appearance on Michael Jordan when he was in the film Space Jam. Over the years, other superstars have worn the shoe—like Ray Allen when he played for the Celtics. Plus, they were even seen on Boys II Men during an awards show red carpet. I-con-ic. Like any Air Jordan style, the Retro 11s are hard to find—but there are a few styles available if you look hard enough. I wonder if MJ would be into this snakeskin version? 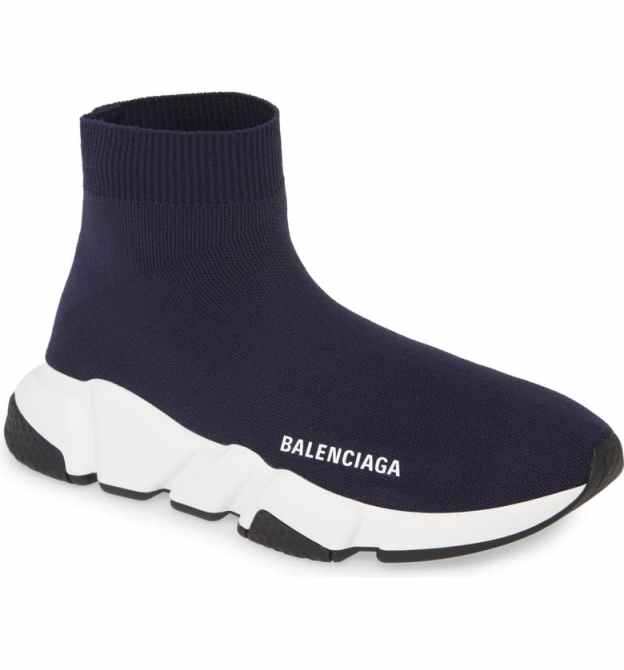 Low-key, the most important historical fact about the Balenciaga Speed Trainer is that Cardi B mentions them in her song “I Like It Like That,” declaring, “I like those Balenciagas, the ones that look like socks.” Still, they gained notoriety even before the song was released in 2018. The shoe actually debuted in 2016, and was first made popular by rappers Gucci Mane, Bryson Tiller and Future. Plus, few of the Kardashian-Jenner clan wore them, giving them even more of a leg-up in the fashion world. 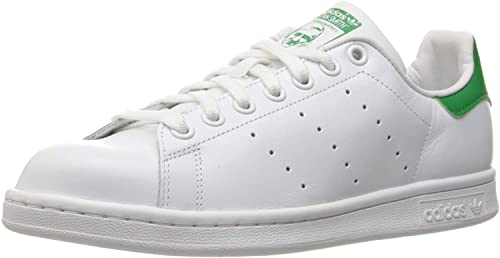 The Adidas Stan Smith sneaker
was originally endorsed by a tennis played named Robert Haillet. But when he retired, Adidas went looking for someone new—and landed on Stan Smith. After several years of sharing the name of the shoe with Haillet, Stan Smith finally got the labels all to himself. Haillet was removed from the label on the shoe and the sneakers became known as Stan Smiths. Sry, Haillet! 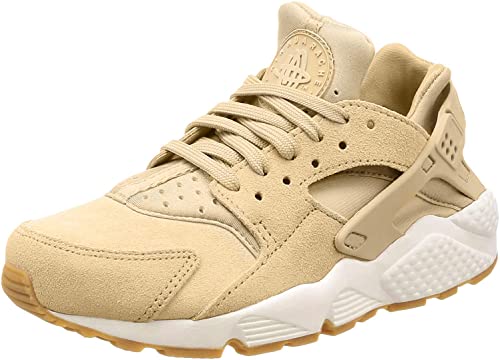 The Nike Air Huarache sneaker
was actually inspired by water-skiing—even though it was originally made for running. When it debuted in 1991, it was immediately popular. Even Jerry Seinfeld wore a pair on TV, and Michael Johnson showed them in commercials; thus, a legend was born. Now that the ’90s are trending, they’re truly the perfect vintage sneaker to revisit. 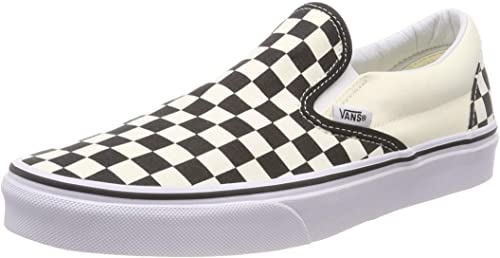 The checkerboard pattern on Vans was actually inspired by skaters in the 1970s, who would draw black and white checks on their sneakers with Sharpies while they were out skating. And while the Vans checkerboard
pattern and slip-on style existed separately for a while, they were eventually paired together to create one iconic shoe—a shoe that became, one could argue, the original “punk” sneaker. 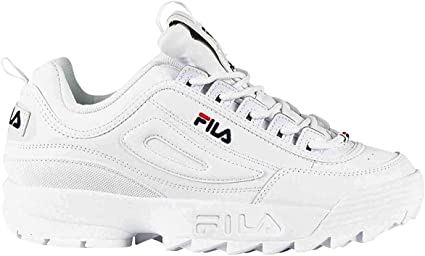 The original FILA Disrupter I debuted in 1996, but the style has since had a major comeback—especially with teen girls. Soon after the Disrupter II—which looks almost exactly like the Disrupter I—Balenciaga kickstarted the dad shoe trend, and fans flocked to FILA’s more affordable option. Luckily, the FILA Disrupter II
was ready to go, and gained a huge following. The shoe has a bit of ’90s nostalgia, which helped make it a 2020 must-have. Plus, it’s constantly seen on our queen Billie Eilish, making it one of the most popular of-the-moment chunky sneakers in Hollywood.