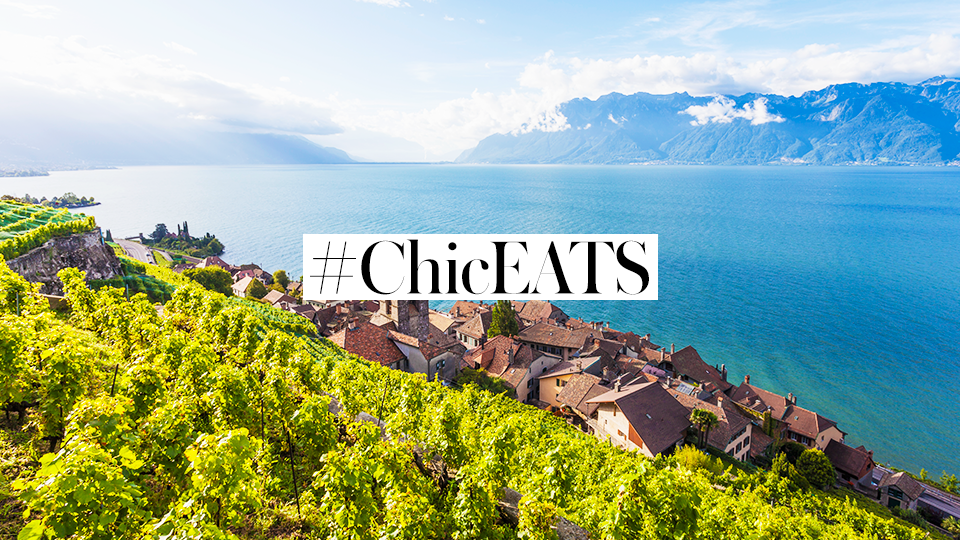 As far as wine regions across the US go, the obvious destinations—Napa, Sonoma, Santa Barbara—will always be desirable, but exciting things are also happening in other, more unexpected areas of the country. Take for example the wide varieties of grapes grown in Washington State, or the gorgeous wines (and views!) from New York’s Finger Lakes.

Here, we consulted wine experts on six of their favorite wine regions in the country, both familiar and emerging. Consider it a primer on American wine (or a very worthwhile summer travel guide.)

“I’m loving what’s happening in California’s Central Coast right now,” says Susan Kostrzewa, executive editor of Wine Enthusiast. “Specifically Santa Barbara, Santa Ynez, Paso Robles, San Luis Obispo, Santa Cruz … all of these are amazing destinations for wine, food, travel, and history, and I think still slightly undiscovered from a tourist’s perspective, which means you’ll beat some of the crowds and prices you face in Napa or even Sonoma.”

The wines coming from these areas are world-class, whether you’re talking about Rhone varietals (as a single varietal or in blends), Pinot Noir, Chardonnay, or experimental plantings in aromatic whites,”Kostrzewa says. “The key to the entire Central Coast region is its climactic and soil diversity and the talent and creative approaches the winemakers down are becoming known for. In addition, the scenery in the area is unforgettable … and diverse. In Paso and Santa Ynez you find the old cowboy charm and ranch vibe that speaks to the Old West; in Santa Barbara, beautiful coastline and a surf culture character, in SLO, Spanish Mission-era architecture. There’s something for everyone.”

“Santa Barbara County, California … I can’t think of another region in this country where you can drink a wine that makes you feel like you’ve traveled to Burgundy, the Rhone, Piedmont, or even the Wachau, but still brings you back to California,” adds Megan Mina, wine director at Café Altro Paradiso.

“Over the past several years, I’ve been particularly intrigued and impressed by the innovation in Santa Barbara,” Mina says. “Aside from the refined and compelling Pinots, Chards and Syrahs, there is much satisfaction do be discovered in the unexpected like Trousseau Gris, Chenin Blanc, Gamay, Cab Franc, Barbera, and beyond.”

“I could make a case for any of the major players [as] Napa, Sonoma and Santa Barbara are consistently consistent, albeit pricey,” says Jessica Norris, Director of Wine Education for Del Frisco’s Restaurant Group. “The lesser known regions in Central & Southern California are staking their claim to international varietals such as Grenache, Syrah, Sangiovese and Zinfandel, furthermore gaining speed and popularity by throwing grapes into kitchen-sink style blends.
Oregon’s Willamette Valley is making great strides and gaining international marketplace & recognition. While a comprehensive tour through New York’s Finger Lakes is top of my list, I find my gut response to “Who is the Best?” is Washington State…you know, that wet, evergreen tree covered, tons-of-wide-open-space, state in the far corner of the Northwest.”

“Washington wines taste like none other,” says Norris. “One foot firmly in the ripe, fruit-driven New World camp and one foot equally planted in the earth-driven, layered depths of the Old World. Over 80 varieties grow there. Including: Cabernet Sauvignon, Merlot, Syrah, Grenache, Sangiovese, Riesling, Sauvignon Blanc, Chardonnay, Marsanne/Roussanne, Odd Portuguese grapes like Touriga Nacional and Touriga Francesca. SO much grows well there.”

“One of my favorite wine regions is Seneca Lake, located in the Finger Lakes region of upstate New York,” says Conor McCormack, the lead winemaker at Brooklyn Winery and their new restaurant, BKW. “The Finger Lakes were formed by glacial carving, and Seneca lake is one of the deepest lakes in the United States. From a wine perspective, this is very important, as it is the key element that allows Vinifera grapes to survive the harsh winters, acting as a warming mechanism for the grape vines that hug the nearby steep hillsides.”

“It’s a cool climate growing region that highlights bright and lively white wines, such as Riesling, Chardonnay, and Gewurztraminer, while showcasing leaner style reds such as Cabernet Franc and Lemberger in a beautiful light,” says McCormack. “Apart from my experience with making wine in Brooklyn with grapes from the Finger Lakes region, it is one of my go-to regions when I want to visit wineries for fun. The atmosphere is laid-back and rustic, yet elegant and beautiful.”

“I love the wines of the Willamette Valley. Oregon is still very rural in a traditional sense – with pockets of mixed agriculture interspersed with wilderness, where cattle rub shoulders with vines and where, as Joe Pedicini from Montebruno Wine told me recently, “you can go places and still hear the wolves call at night,”‘ says Isabelle Legeron MW, Founder of RAW WINE.

“Biodiversity and wildlife are so paramount to the making of great, terroir-driven wine, that combined with the Willamette Valley’s suitability for cool climate grape growing, it’s really no wonder it churns out world-class pinot noirs,” Legeron says. “The best examples combine elegance, vibrancy and focus, and while ripe also have an old-world savory quality and freshness about them that makes them long-lived and highly, highly drinkable.”

Legeron’s favorite wineries to visit and wines to drink in Willamette valley:

“I may be biased, having grown up there, but Sonoma County is one of the U.S.’s most remarkable winemaking regions, and a great place to visit,” says Tom Gore, second-generation grape farmer and founder of Tom Gore Vineyards. “As a grape farmer, I get to experience firsthand the amazing diversity that the region has to offer, warm and cold growing regions, the ability to produce an outstanding diversity of wine varietals at a great quality, redwoods and ocean, all in one region.”

“The wines from Mendocino, California have really been tasting great to me lately. The variety of microclimates, the coastal winds, pacific fog and the ability to dry farm give the winemakers the ability to work with a variety of grapes and make wines that are naturally higher in acid and lower in alcohol, which we love,” says Justin Chearno wine consultant at The Four Horsemen.

“There is an incredible amount of organic, biodynamic and generally non-interventionist farming going that has been going on there for a while which is sort of rare in the U.S,” Chearno says. “Most winemakers in California don’t farm their own fruit and the recent interest in wines raised without pesticides and other chemicals means that these farmers are seeing more interest and more business, which also hopefully means more people will begin to convert their vineyards over to these practices as well which means better wine for everyone!”