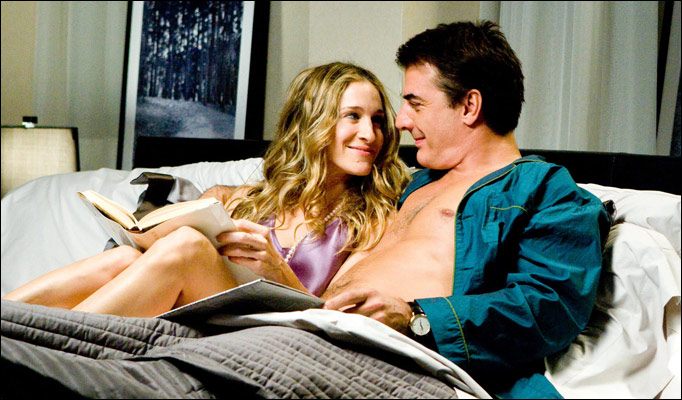 Work, class, sleep, kids, stress: There are lots of obligations that prevent couples from having sex on a regular basis, but just because you missed your chance on Saturday night, doesn’t mean you can’t give it a go at other, less predictable times of day.

In fact, there are some pretty big benefits when it comes to getting busy morning, noon, and night, but there are also some drawbacks. Here, experts take us through the pros and cons of sex at different times of day.

PROS: Since it’s the time of the day when men are biologically most in the mood, it’s easy to take advantage of this low-pressure time of day. “Men have a higher level of testosterone when they are in the early stages of awakening,” says psychotherapist Dr. Tammy Nelson.

While an abundance of research about the female orgasm may be lacking, one recent study regarding sleep and sex shows that female arousal may also peak right after a good night’s sleep.

Need more reasons to get it on in the AM? Morning sex gets your immune system up and running and it counts as exercise; burning five calories a minute, says marriage and family therapist Dr. Paul Hokemeyer. It certainly beats getting up to go for a run.

CONS: Besides the obvious (morning breath, grogginess) there’s the risk of becoming incredibly unmotivated—orgasms boost a host of relaxing chemicals in our brain, so they may make you want to roll over and go back to sleep rather than jump out of bed and start the day.

PROS: When that mid-day slump hits, nothing will put a little spring in your step like some afternoon nookie, since sex helps us deal with the stress of our day, says Hokemeyer.

“Sex reduces the stress hormone cortisol and increases the bodies feel good hormones like serotonin and dopamine.” Translation: It’s better than that afternoon cup of Starbucks, and a lot cheaper.

Nelson also points out that since women become aroused first in their head, during the day, [she] may be most awake, aware and have the most capacity for fantasy.

CONS: It’s often hard to be intimate during the afternoon thanks to work schedules. Even if a couple had the ability to connect in the afternoon, most of us are too busy thinking about getting back to work.

PROS: Well, it’s better than Ambien, for one thing. “After an orgasm, our bodies release a hormone called prolactin, that helps us sleep like babies,” says Hokemeyer.

Since women need to be relaxed to reach full levels of arousal, for most of them, that relaxed state is “my day is done,” adds Nelson. “Sex at night can be a way to let go of a busy mind and distracted thoughts,” she says.

There’s also ample cuddle time afterwards, which—according to a study published in the Archives of Sexual Behavior—can boost couples’ satisfaction with their sex lives and their relationship in general.

CONS: If sex at the end of the day feels more like a chore than a treat, it can add to your daily stress, says Hokemeyer.

Nelson agrees, adding: “Evening sex can be a great way to end the day together, but forcing the issue and trying to achieve a goal can take away the joy of sex and may only lead to dissatisfaction for both of you.”