As the weather becomes warmer, most of us are on the hunt for the best spring books of 2021 to read as we venture back outside. So what are the best books to ring in spring with?

Well, one must-read we’re looking forward to is Amanda Gorman‘s The Hill We Climb: An Inaugural Poem for the Country, a collection of poetry from President Joe Biden and Vice President Kamala Harris’ inaugural poet. As Americans may remember, Gorman became an instant celebrity after she read her original poem, The Hill We Climb, at the presidential inauguration on January 20, 2021. Now, she’s out with her first poetry collection that’s expected to be on any poetry lover’s reading list.

From a love story about an Artificial Friend to book club picks from Reese Witherspoon, Good Morning America and the TODAY show, the best spring books of 2021 have a lot to offer. Discover the next book to put on your spring reading list ahead.

You Love Me by Caroline Kepnes 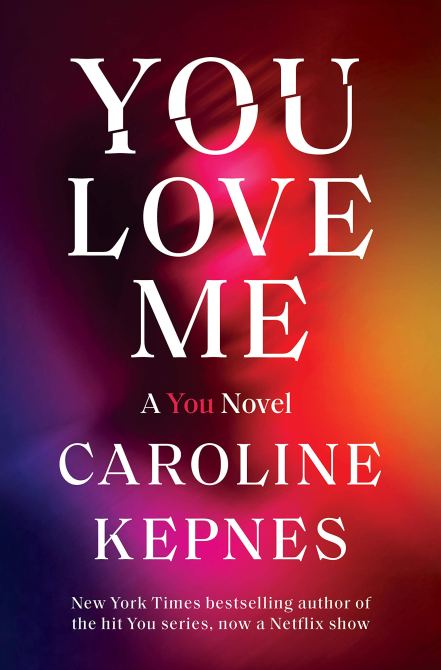 The third book in Caroline Kepnes You series (which inspired Netflix’s hit series), You Love Me follows serial stalker and killer Joe Goldberg as he moves to the Pacific Northwest, where he gets a job at a local library and meets his new obsession: Mary Kay DiMarco. As Joe plans to woo Mary Kay over the old-fashioned way (a.k.a. no obsessive tactics), he learns information about Mary Kay that hurt his mission. Still, Joe is dedicated to doing the right thing for love, but “will he?” is the question. 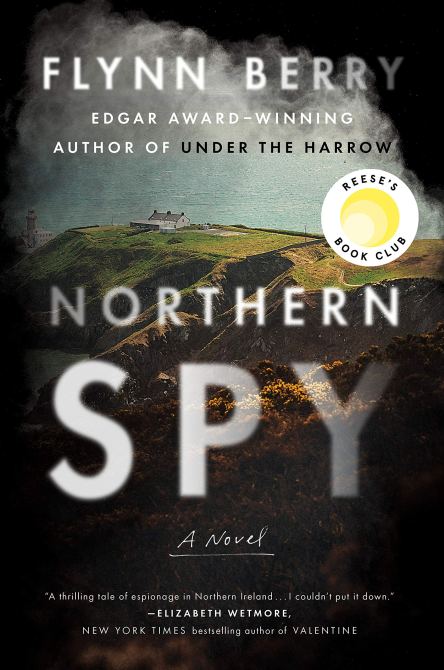 Reese Witherspoon’s April 2021 Book Club pick, Flynn Berry’s Northern Spy is a must-read for any mystery lover. The book follows Tessa, a producer at the BBC and a new mother, as the Belfast police investigate her under the suspicion that her sister, Marian, who was seen in a black ski mask over her face, has joined the IRA. Tessa is convinced that Marian has beeen abducted or coerced, but when the truth comes to light, Tessa will face the impossible choices that limit her bonds with her family. 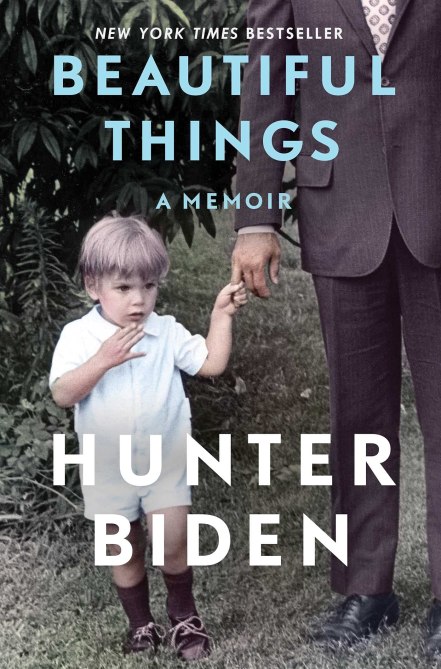 In President Joe Biden’s son Hunter Biden’s memoir, Beautiful Things, the First Son details his 50-plus years of life, from when a car accident killed his mother and baby sister to the loss of his older brother, Beau, in 2015 from brain cancer to how he came to date Beau’s wife, Hallie. The book also details the collapse of Hunter’s marriage, as well as his years-long battle with drug and alcohol addiction.

Of Women and Salt by Gabriela Garcia 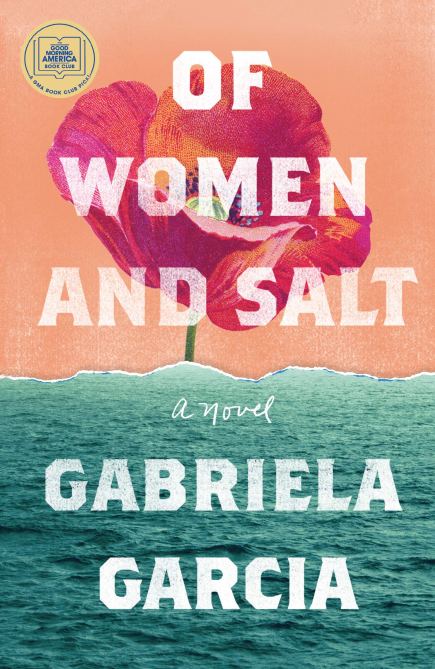 Good Morning America’s April 2021 book club pick, Gabriela Garcia’s Of Women and Salt follows Jeanette, an addict and the daughter of a Cuban immigrant, who is determined to learn more about her family. The book starts as Jeannette decides to take in the daughter of a neighbor detained by ICE. Determined to learn about her family’s past, Jeanette travels to Cuba to see her grandmother and uncovers the secrets that have been kept from her for years. 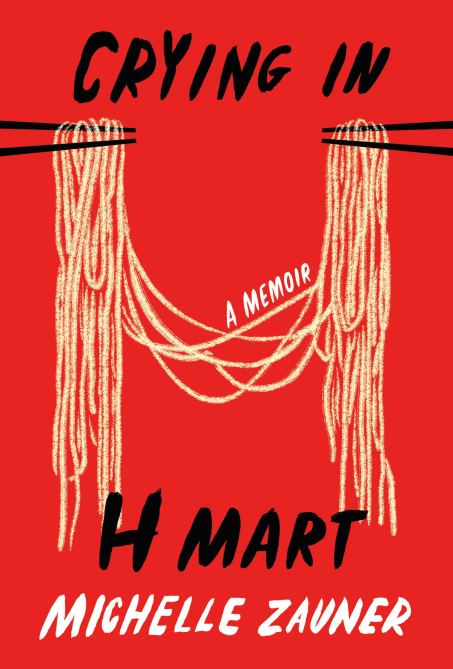 Crying in H Mart is a memoir by Michelle Zauner (better known for her stage name as Japanese Breakfast) about her childhood as one of the few Asian-American kids at her school in Eugene, Oregon, and her mother’s high expectations of her. The book also examines Zauner’s relationship with Korean food, including the Korean grocery store chain H Mart, before and after her mother’s terminal cancer diagnosis.

The Hill We Climb by Amanda Gorman 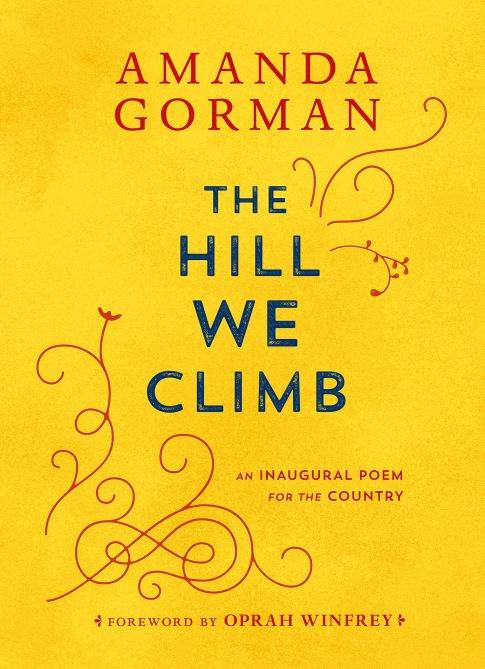 Amanda Gorman became a viral sensation after her speech at Joe Biden and Kamala Harris’ inauguration on January 20, 2021. Gorman, who is the sixth and youngest poet to ever read a poem at a presidential inauguration, released her first collection of poetry, The Hill We Climb: An Inaugural Poem For the Country, on March 30. The book, which includes a foreword from Oprah Winfrey, is titled after Gorman’s inauguration poem.

Klara and the Sun by Kazuo Ishiguro 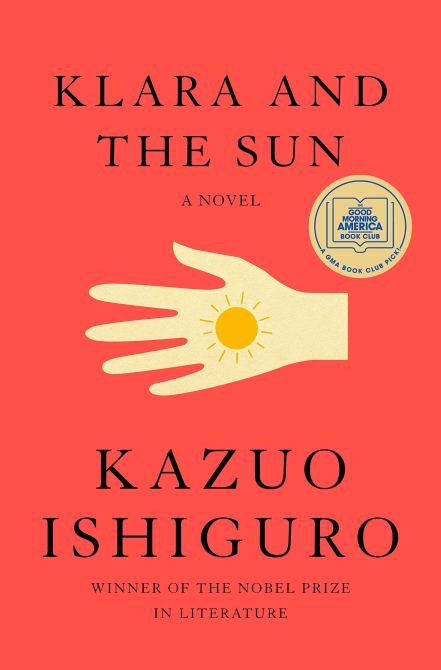 Good Morning America’s March 2021 book club pick, Kazuo Ishiguro’s Klara and the Sun tells the story of Klara, an Artificial Friend in a store, who watches people who pass by on the street or come into the shop to browse, hoping that a customer will soon choose her. Told through the eyes of Klara, the book explores the age-old question of what it means to love.

What’s Mine and Yours by Naima Coster 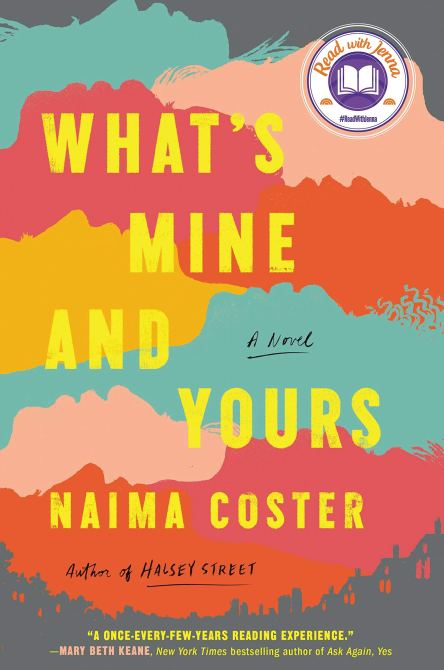 Naima Coster’s What’s Mine and Yours follows two families over the course of 20 years in Piedmont, North Carolina: Jade is the mother of Gee, a sensitive, young Black man. Lacey May is the mother of Noelle, her half-Latinx daughter who she refuses to see as anything but white. A new county initiative brings the predominantly Black east side of the town into the largely white high schools in the west, where Gee and Noelle meet and join a school play that sets off a series of events for their families for the next 20 years. 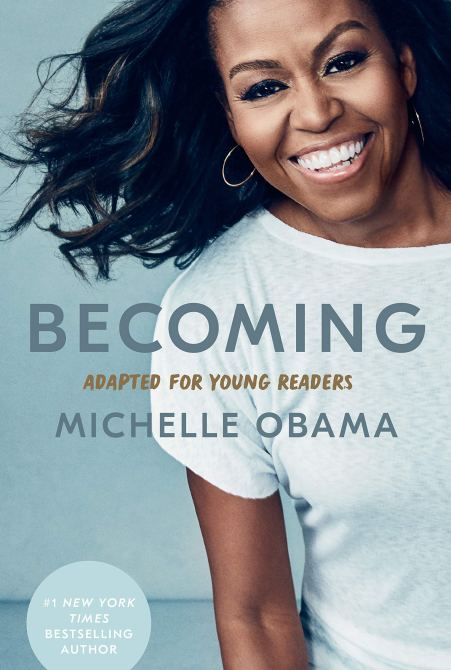 Former First Lady Michelle Obama’s Becoming became a New York Times bestseller when it debuted in 2018. Now, the FLOTUS is back with a new version of Becoming adapted for young readers. The memoir tells the same story of how Michelle went from being a  young girl born in the south side of Chicago to the First Lady of the United States. From her marriage to Barack Obama to her years at Princeton University and Harvard Law School, this new version of Becoming also includes text that encourages young readers to reflect on who they are and who they want to become. 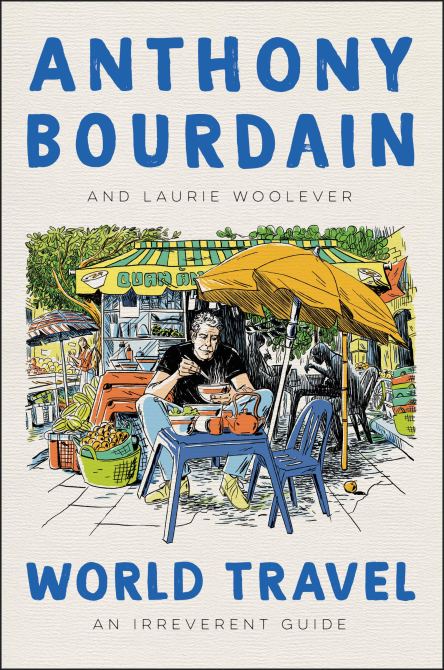 Since his death in June 2018, Anthony Bourdain is remembered as one of the greatest food writers and TV hosts in culinary history. World Travel, co-written by Laurie Woolever, introduces readers to some of Bourdain’s favorite food spots across the world in his own words. From his hometown of New York City to Shanghai, Tanzania and Buenos Aries, World Travel also includes essays from Bourdain’s closest friends, colleagues and family members as they remember his love for food. 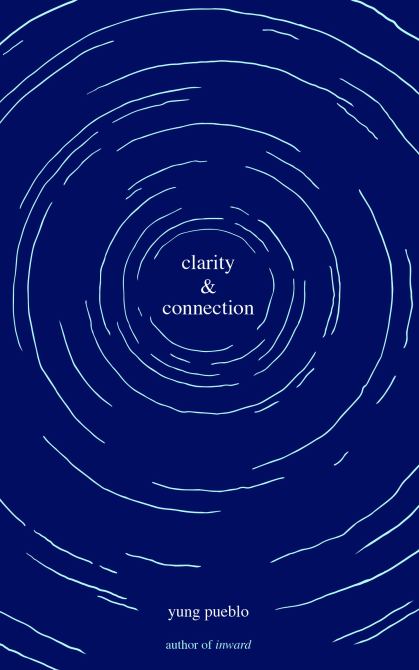 Yung Pueblo’s Clarity & Connection is a collection of poetry about how our past wounds can affect our present relationships. The book, which examines how intense emotions that accumulate in our subconscious condition us to act an react in certain ways, is a follow-up to Pueblo’s 2018 collection, Inward.

Cleaning Up Your Mental Mess by Dr. Caroline Leaf 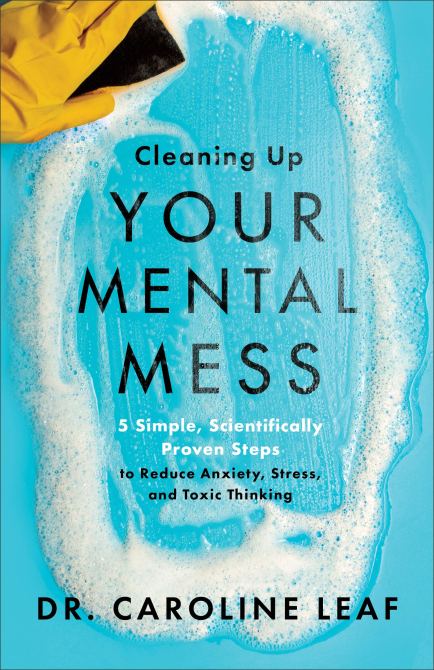 If you struggle with toxic thoughts and anxiety, Dr. Caroline Leaf’s Cleaning Your Mental Mess can help you calm some of those mental messes. Backed by clinical research and illustrated with real case studies, Cleaning Up Your Mental Mess provides a scientifically proven five-step plan to prevent intrusive thoughts from taking a seat in your life. 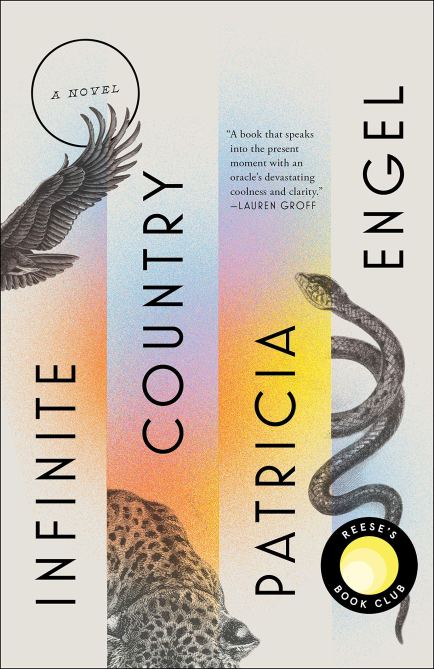 Reese Witherspoon’s March 2021 book club pick, Patricia Engel’s Infinite Country follows Talia, a young woman who is held at a correctional facility for adolescent girls in Colombia after she committed an act of violence that may or may not have been warranted. She needs to get out and return home to Bogotá, where her father and a plane ticket to the United States await her. If she misses her flight, she may also miss a chance to reunite with her family back in America. Infinite Country explores how Talia’s situation came to be, as well as the love story of her parents, Mauro and Elena, and how they fled Colombia for a better opportunity in America.

The Committed by Viet Thanh Nguyen 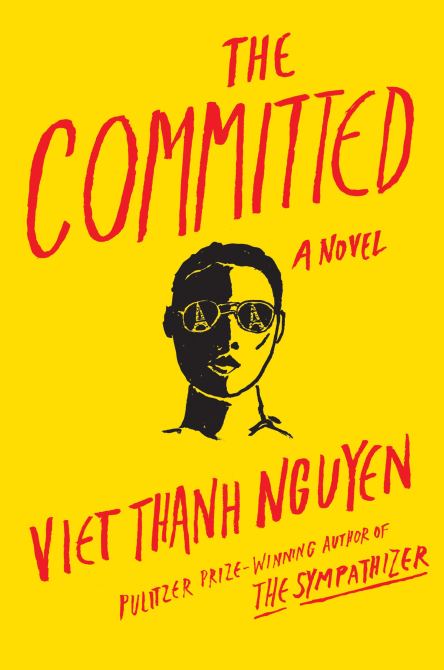 The follow-up to Viet Thanh Nguyen’s 2015 Pulitzer Prize winner, The Sympathizer, The Committed follows a man of two minds who arrives in Paris in the early 1980s with his brother, Bon. The two start to deal drugs as a way to overcome their pasts and ensure their futures in Paris. However, the protagonist’s trauma follows him, especially as he falls in with a group of left-wing intellectuals whom he’s introduced to by his French Vietnamese “aunt.”

How Beautiful We Were by Imbolo Mbue 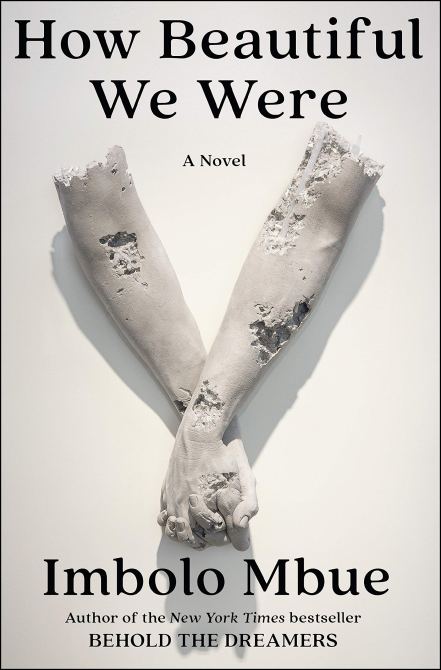 Set in the fictional African village of Kosawa, How Beautiful We Were tells the story o a community living in fear amid the environmental degradation caused by an American oil company that have rendered their farmland infertile. As children die from drinking toxic water and reparation plans to the village are ignored, the people of Kosawa decide to fight back against their country’s government, which is led by a brazen dictator who’s only concerned with his own interests. The book is told from the perspective of a young girl named Thula, who grows up to become a revolutionary.