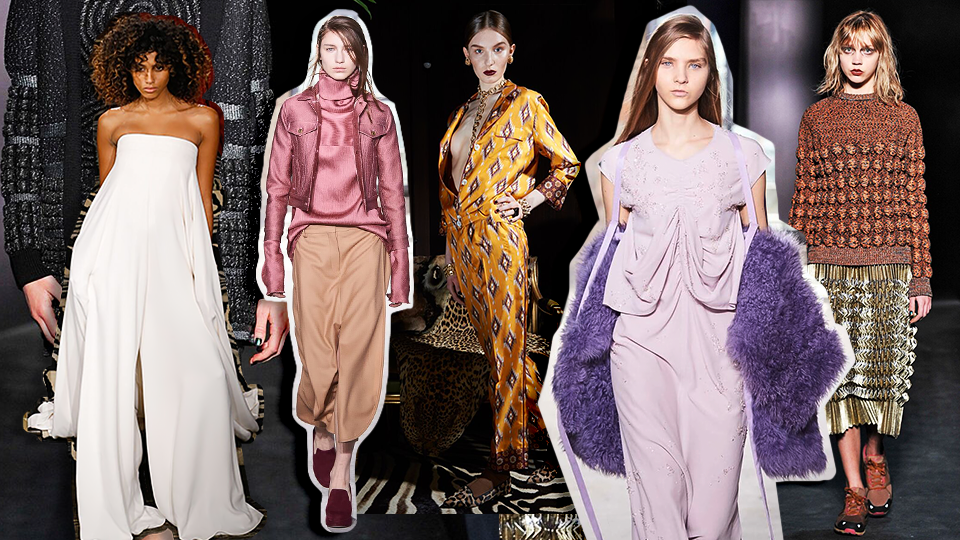 Twice a year, the fashion world forgets anything else exists and, for nearly five weeks, keeps a close eye on the runways of New York, London, Milan, and Paris to see not only what trends we’ll all be wearing in the coming seasons, but also which young designers are poised to be the Next Big Thing.

During the Fall 2016 round of shows, there were plenty of young ones to get excited about—from Alexander Wang’s former knitwear designer launching her own label to a British duo focused on streetwear, here are eight labels poised to make waves. 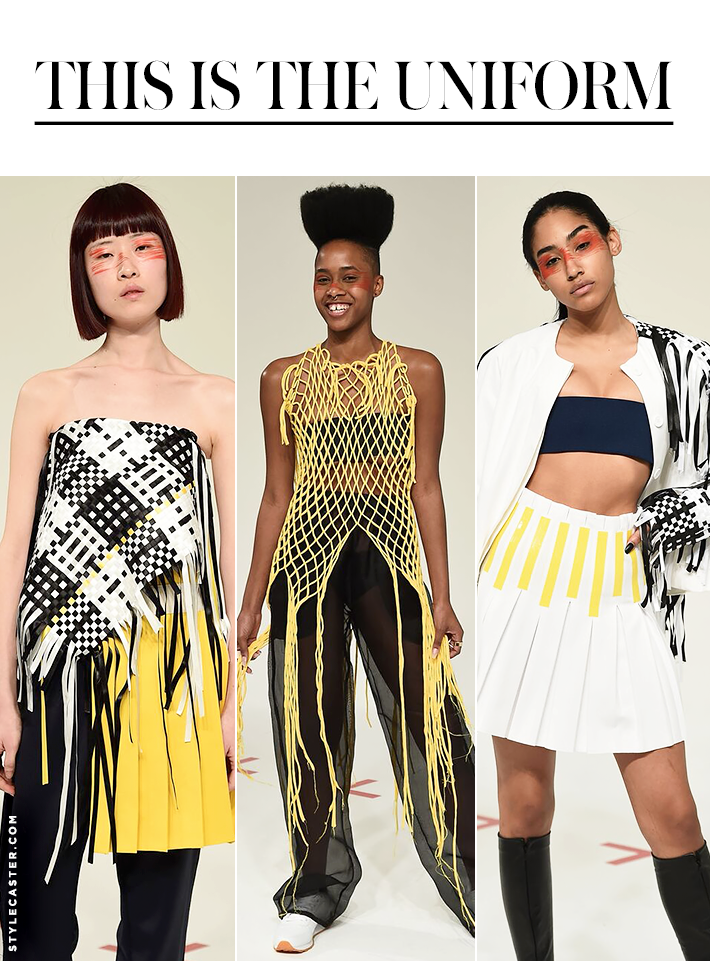 This Is the Uniform

This British label—designed by Jenna Young—made its New York debut this season after presenting last season as a part of incubator program Fashion East in London. The aesthetic takes inspiration from British uniform culture and urban streetwear—an appealing mix. The collection was shown at Milk Studios, New York’s epicenter for cool and upcoming labels. 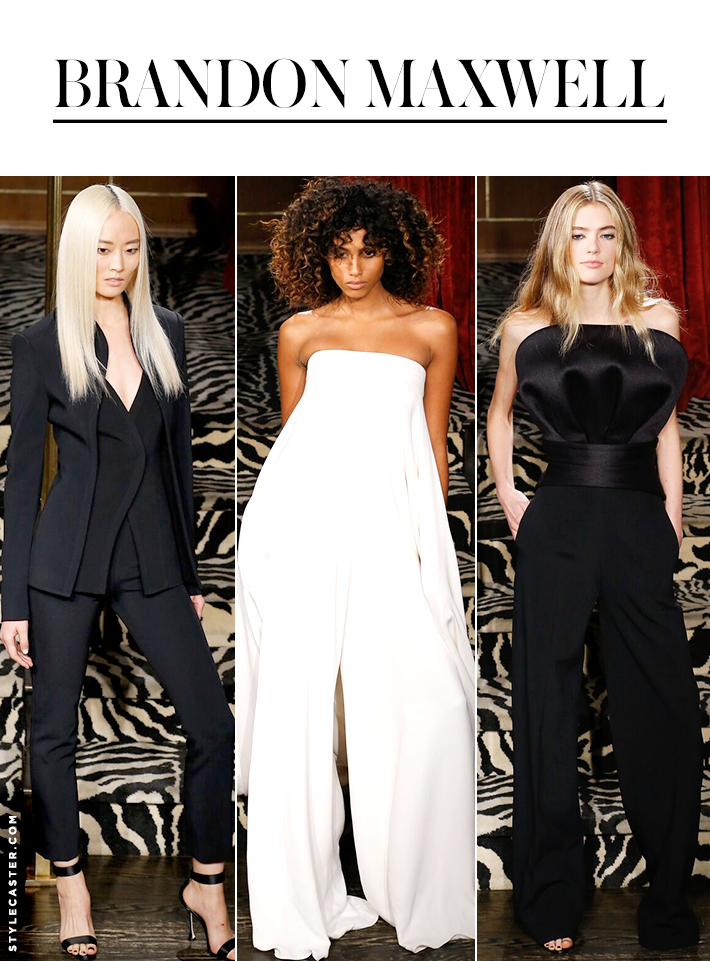 This was Maxwell’s, Lady Gaga’s most recent stylist, second season showing at New York Fashion Week, and he slayed with his mix of tailored silhouettes and wearable volume. We have a feeling other A-listers apart from Gaga will start to champion the designer sooner rather than later. 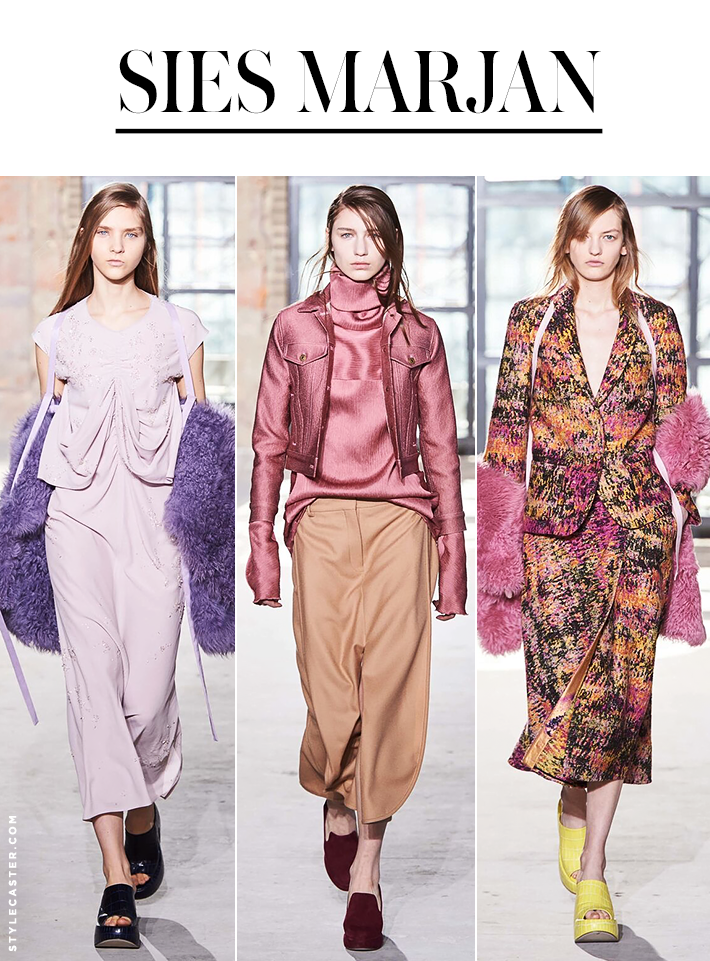 Sandar Lak, the man behind this label, was formerly the head of design for Dries Van Noten and spent time at Marc Jacobs and Balmain, so when he showed his first womenswear collection at New York Fashion Week last month, expectations were high. His debut collection was inspired by cool chicks of the ’90s and resulted in rose-tinted furs and coordinating turtlenecks, ditzy florals, and louche khaki pieces. Serious Dries Van Noten fans know the label kills at textures, and Sies Marjan definitely capitalized on that through the selection of incredible outerwear. 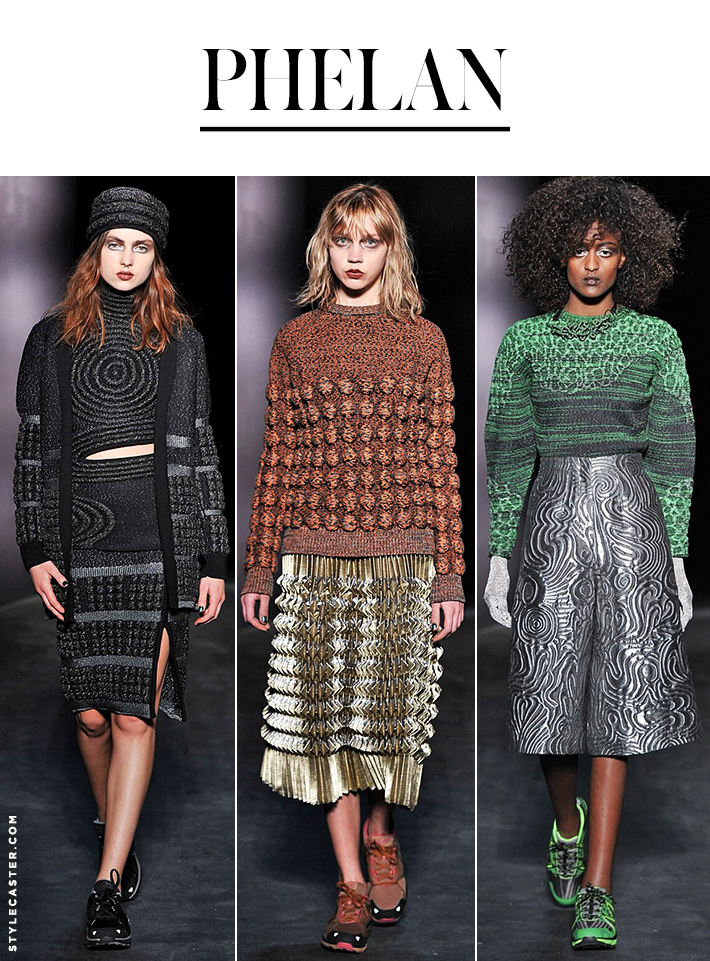 This was the sophomore season for this label, founded by Amanda Phelan, the former knitwear designer for Alexander Wang. It comes as no surprise that the collection was chock-full of gorgeous, intricate, modern knits. We loved that the sweaters truly looked like nothing out there, and the unconventional pairing of sneakers was cool without trying too hard. 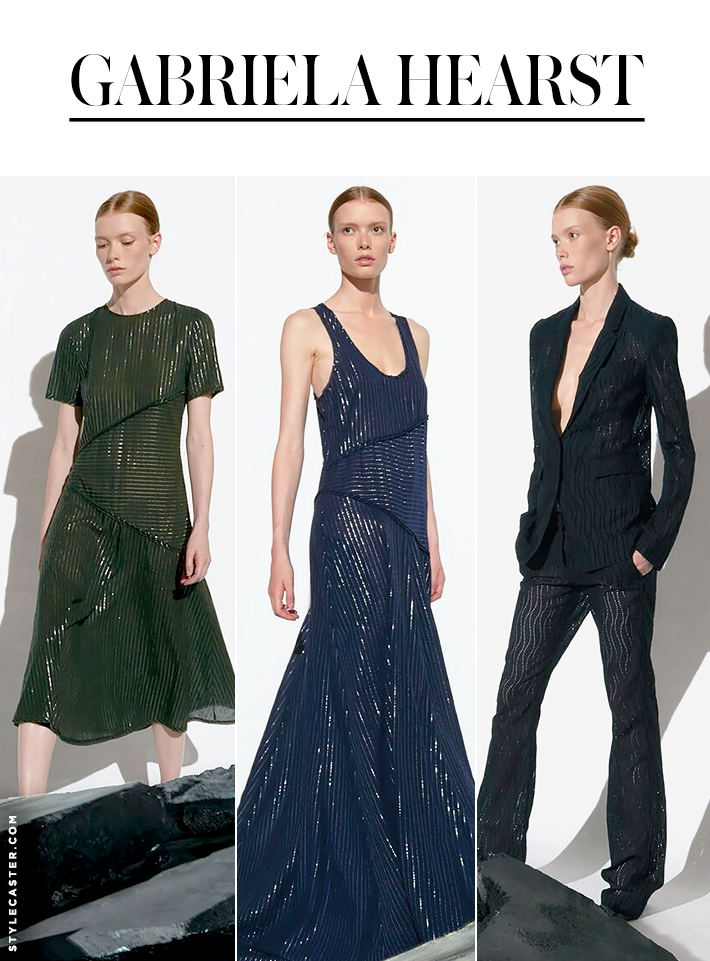 Hearst and her all-female design team create a mix of perfectly minimal pieces and staples in unexpected textures, such as color-blocked suede skirts, velvet tank tops, and, as seen above, embellished dresses, blazers, and trousers that look chic but not overdone. Hearst designs the kind of clothes we could see ourselves wearing IRL—and that’s why we’re excited to see what she’ll do next. 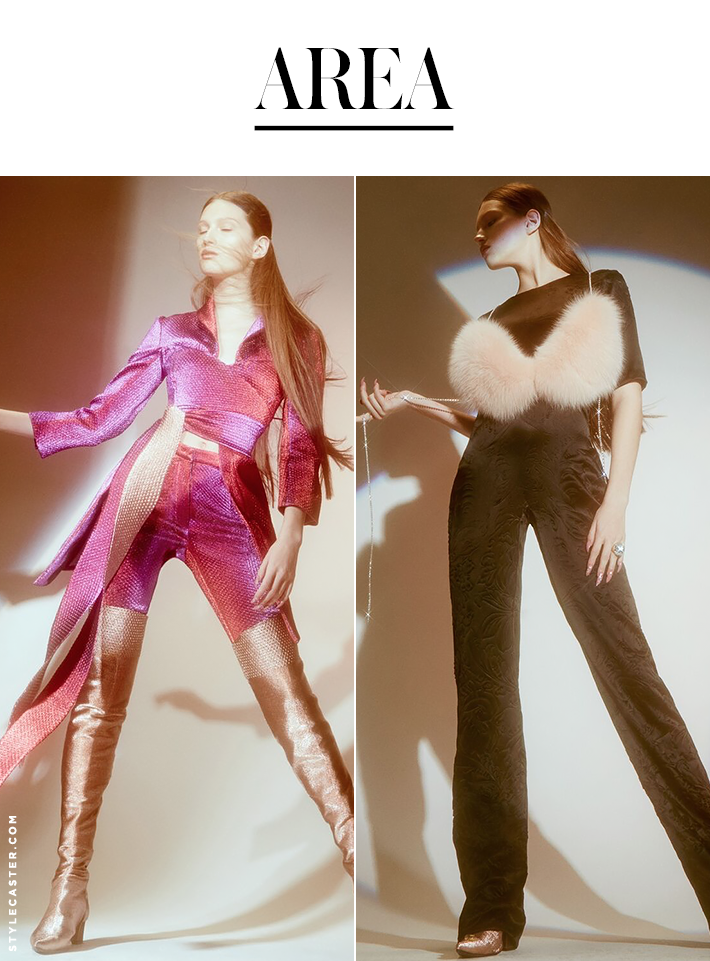 Perhaps the most interesting thing about Area is that, even though the label’s shown at NYFW for only three seasons, its aesthetic has already formed into something recognizable. Think: heavily embossed fabrics, highly feminine pieces like thigh-grazing boots, flared pants, and plenty of ruffles. Also, the designers behind the brand, Beckett Fogg and Piotrek Panszczyk, have a knack for creating the kind of clothes we could picture rule-breaking women like Rihanna gravitating toward. New York boutique Opening Ceremony has sold the brand since it launched with its trademark embossed tees in 2013, and we’d be surprised if other indie boutiques don’t follow soon. 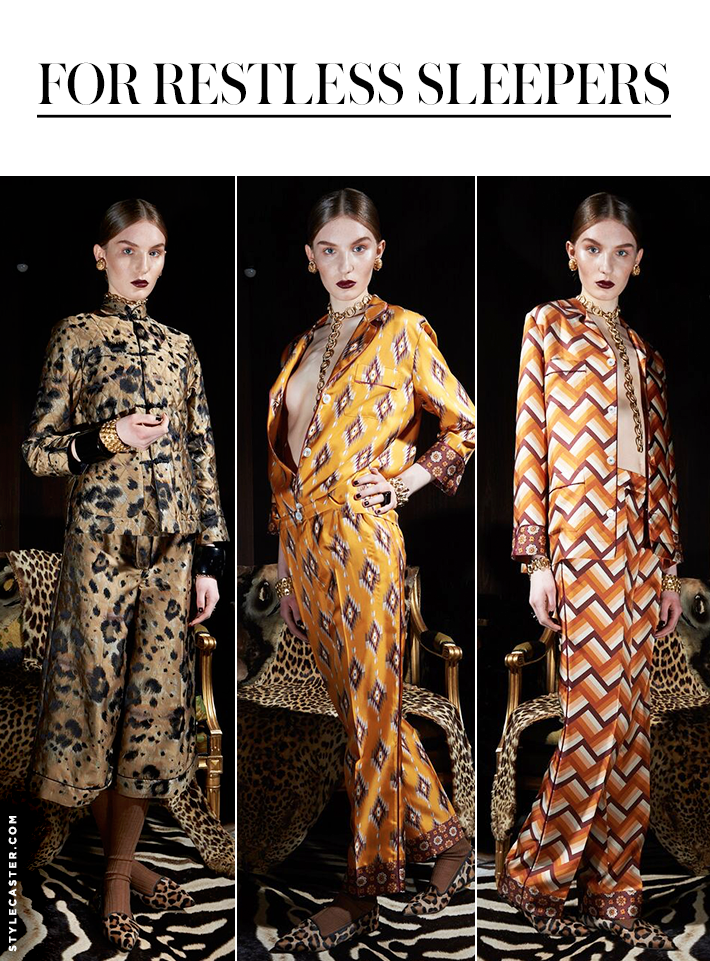 Francesca Ruffini of For Restless Sleepers has shown her collections at Milan Fashion Week only twice, but she’s already creating an identity for her brand. As the name implies, Ruffini’s line is based on the concept of the palazzo pajama—the bohemian-style sleepwear that can be worn around the clock that emerged in the 1960s. Her attention to prints from faraway lands and exotic detail, such as chinoiserie cuts this season, lands her on our list of designers to watch. 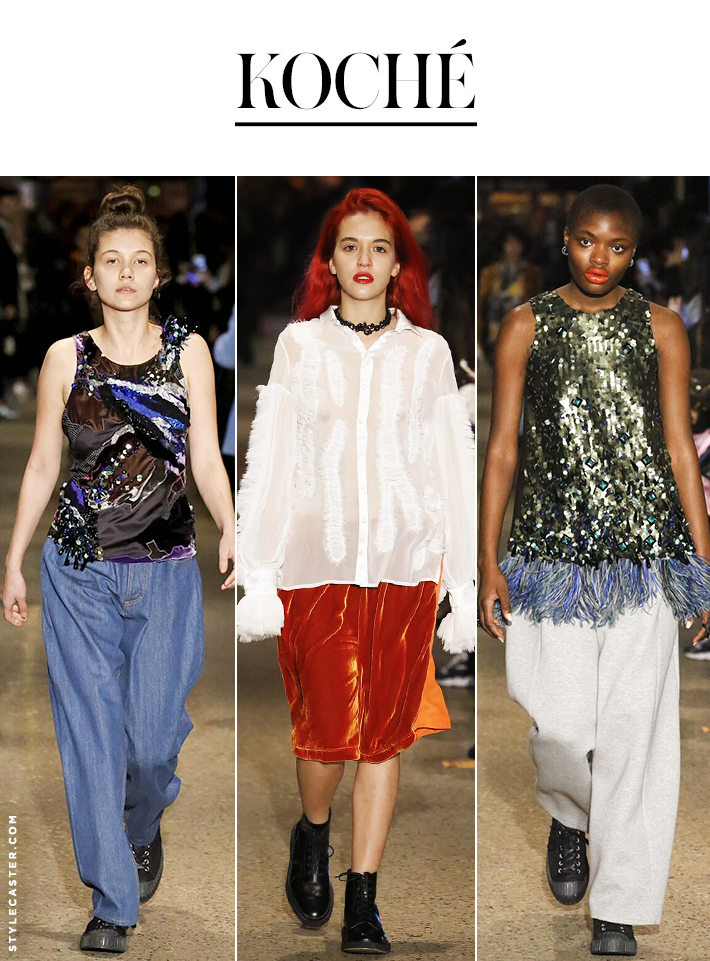 Christelle Kocher is the visionary and two-time LVMH finalist behind the label Koché, now in its second season showing at Paris Fashion Week. The appeal of her line is the mix of casual and craft. Hoodies, tees, jackets, and dresses were embellished with feathers, sequins, and jewels, while embodying the kind of downtown cool New York designers exude—so it’s interesting to see that paired with techniques reminiscent of couture. The designer made her show all the more modern by casting her friends and people from the street alongside professional models.