Since there’s no Met Gala this year, I’ll be spending the first Monday in May taking a walk down a very fashionable memory lane, revisiting the best looks of all time. That said, don’t think I won’t be looking at the best Met Gala after party outfits, too! While these looks often go under-praised, I’d argue they’re some of the night’s best.

Some celebs continue committing to the gala theme when they change into their second look, and others use Round Two as an opportunity to show off their personal style. Some just go to the parties wearing what they wore on the Met steps, and for those celebs I have just one question: Why?

Fortunately, the majority of celebrities end up going all-out for these after party events, and I’ve seen everything from feathered frocks to tiered tulle to sequined jumpsuits, not to mention one literal hamburger (Ahem, Katy Perry). While I’m beyond disappointed I won’t get to see anyone slay this year’s would-have-been theme—in case you forgot, it was meant to be About Time: Fashion and Duration—I know the decision to cancel the event was the right call, and I’m just crossing my fingers we get a late Met Gala before the end of the year. A fashion-lover can dream!

In the meantime, I’ve got the looks of years past to hold me over, and the after party hits in particular. Read on for some of my absolute favorites, in no particular order, because I couldn’t possibly choose my number one. 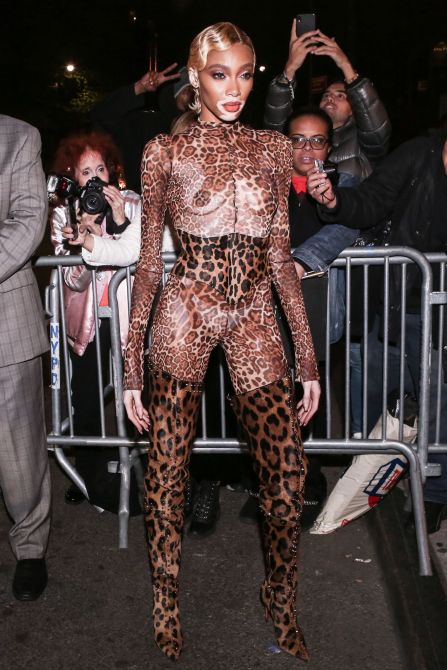 This animal-print moment takes “catsuit” to a whole new level. Harlow slayed in this skin-tight fit at Up&Down annual after party, and I have a feeling all eyes were on her. Meow. Work it, Winnie! 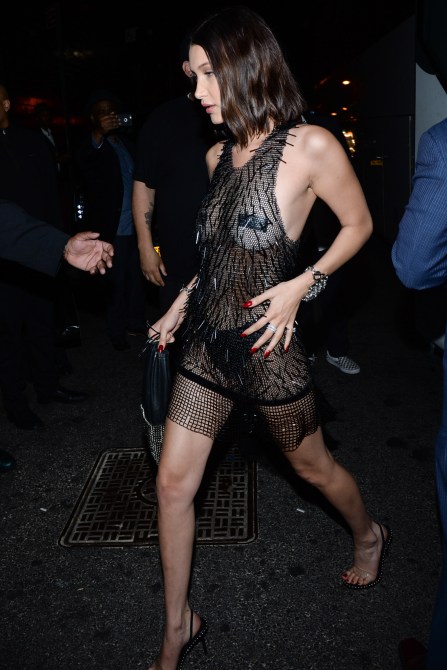 Bella Hadid used black tape as nipple covers for her 2017 Boom Boom Room after party look, and for that alone, I stan. Black mesh minis are a Met Gala after party staple, but hers is one of the most memorable of all-time, no competition. 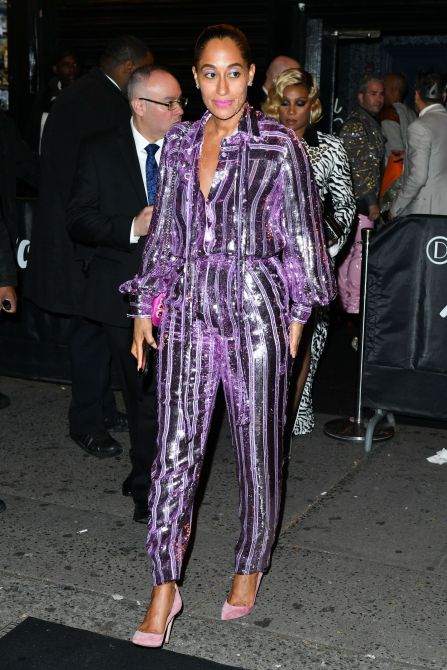 Ross is giving me life in this fully-sequined purple jumpsuit, worn to Up&Down’s annual after party. I love the lavender eyes and the Barbie-pink lipstick combo, and although the pink suede pumps aren’t my fave, the overall look is fab AF. 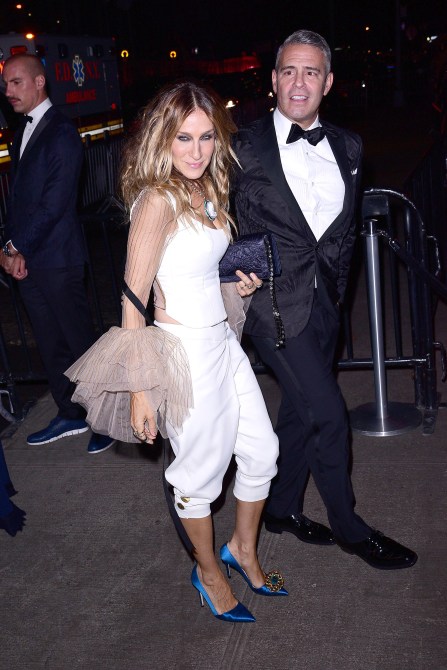 I don’t know why SJP wore this to the after party at the Boom Boom Room in 2016, but I love it nonetheless. It’s almost like she knew corset tops and joggers would be trending in 2020—talk about dressing ahead of her time! Bonus points have been awarded for the blue satin pumps and sheer ruffled sleeves. 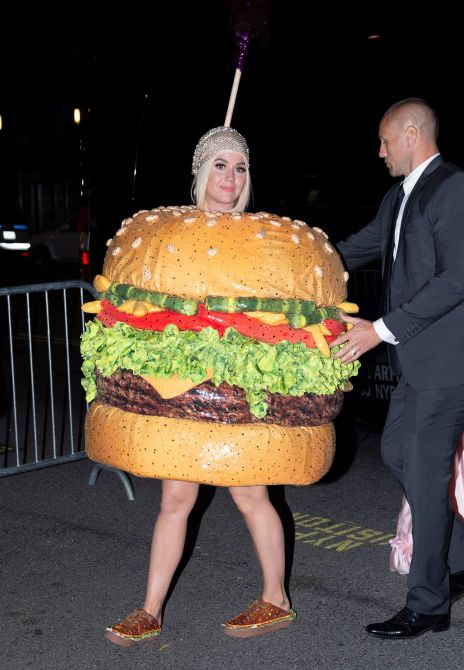 Katy Perry wore a literal chandelier to the gala, and a hamburger to Moschino’s afterparty. Bold? Yes. Practical? No, but I’m still impressed. Please note the hamburger footwear and toothpick hat. It’s all in the details, people. 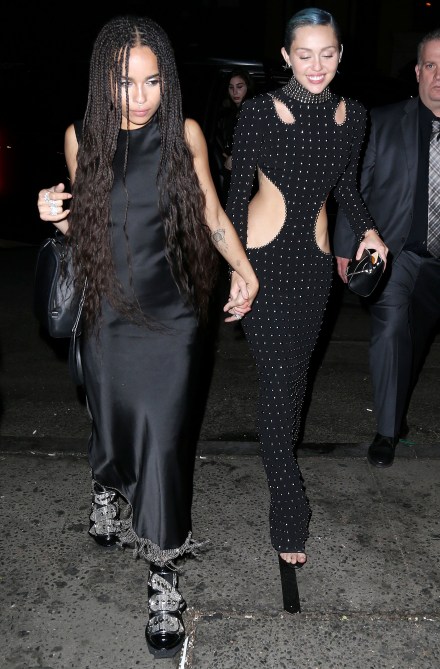 Cyrus and Kravitz wowed at a 2015 after party in these grunge-chic looks, although Miley wore the same thing on the carpet, so hers isn’t ~technically~ an after party lewk. Still, the girls slayed these rocker vibes and proved that coordinating looks with your BFF is a Met Gala Do. 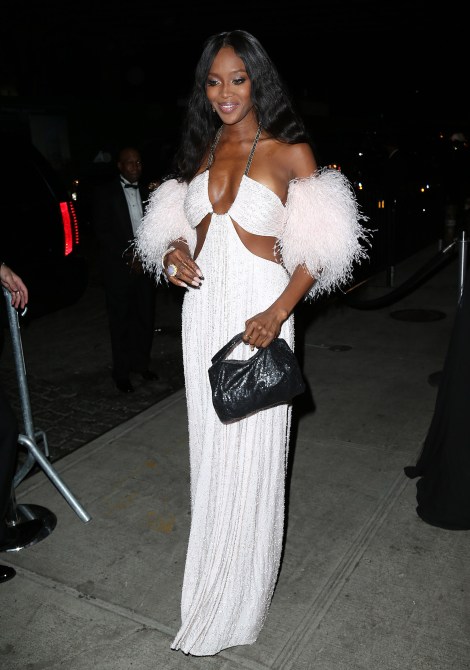 Campbell blessed peasants at the Top of the Standard after party by giving them the chance to catch a glimpse of this white-hot moment. The neckline is so early-2000s, but the fur sleeves serve old Hollywood glamour. Perfection—although I hope her assistant held that black bag for most of the night. 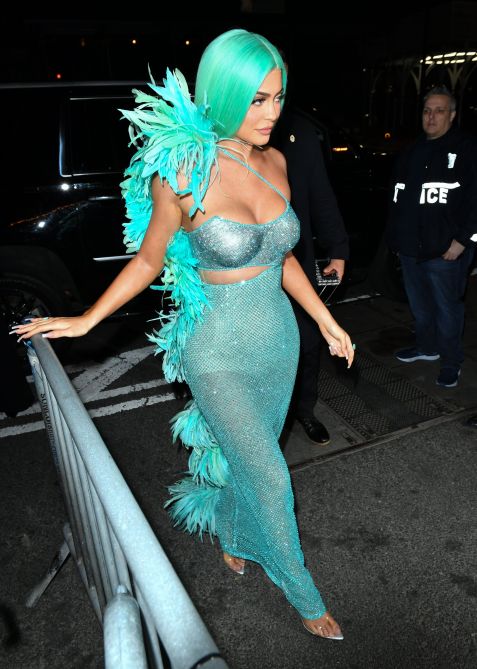 Let’s give credit where credit is due: the Jenners really came to slay at the 2019 Met Gala, and their afterparty looks were just as good. Kylie donned a turquoise wig to complement her tropical-bird-meets-mermaid ensemble at Up&Down’s annual after party, and honestly? If I had the guts, I’d wear this every single Halloween for the rest of my life. 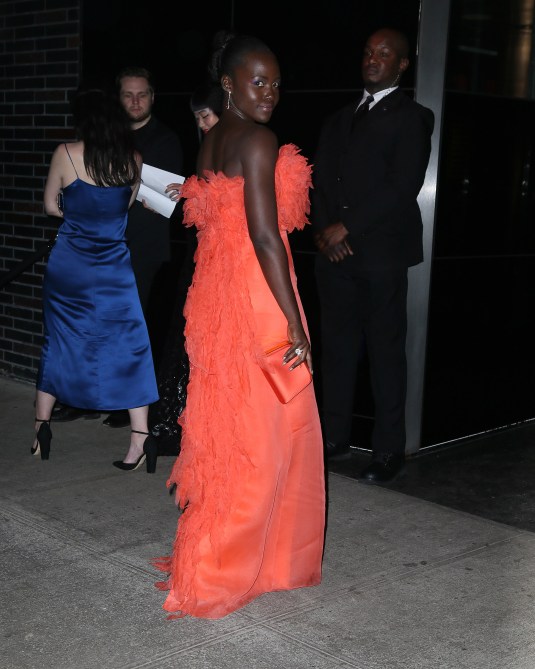 Consider this my formal petition to have Nyong’o wear this color every single day for the rest of her life. The gown she donned at the Boom Boom Room after party in 2017 might be basic in silhouette, but that punchy coral pop made her stand out in a way I can’t ever forget. Bonus points for the perfectly-matching clutch and blingy cocktail ring. 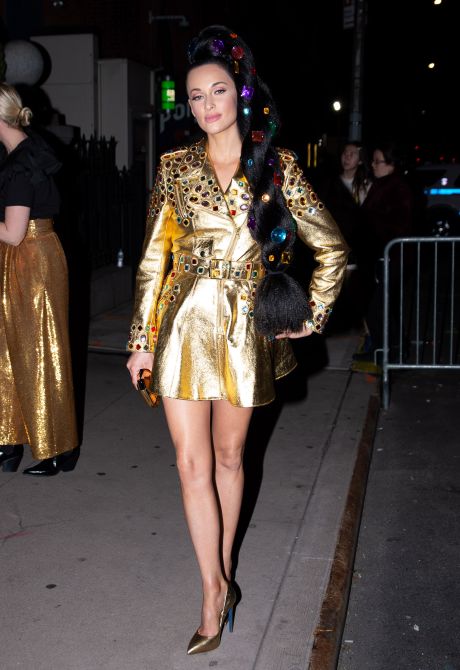 Musgraves nailed the Moschino Barbie aesthetic on the carpet, and continued serving doll vibes at Moschino’s after party, too. The oversized blingy braid and golden leather look practically scream “Life is plastic, it’s fantastic!” Who doesn’t love a Barbie girl?! 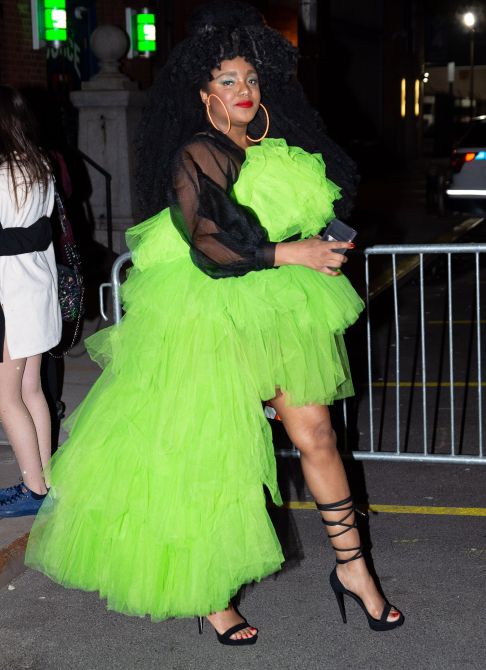 Wonder came to slay at Moschino’s after party in this neon green dream of a look. I’m all about tiered tulle, and the high-low effect on Wonder’s gown felt feminine and fresh, while the green-and-black color scheme was edgy and hip. 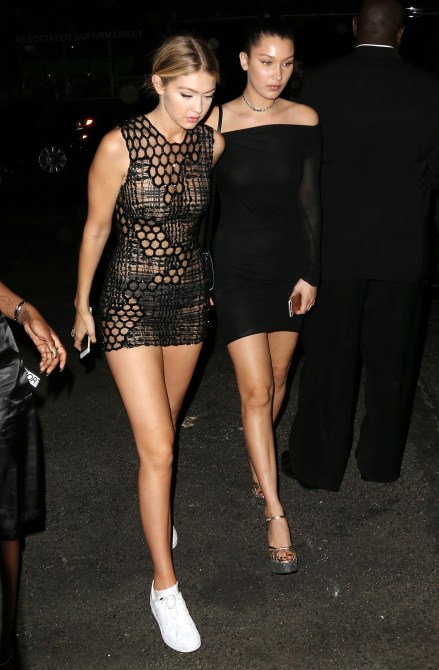 Sorry, Bella, but Gigi wins for best 2015 after party look. The honeycomb cutouts on her black mini are sexy AF, and the white tennis shoes? Only a model could pull that off without looking confused. Gigi said comfort, but make it fashun! 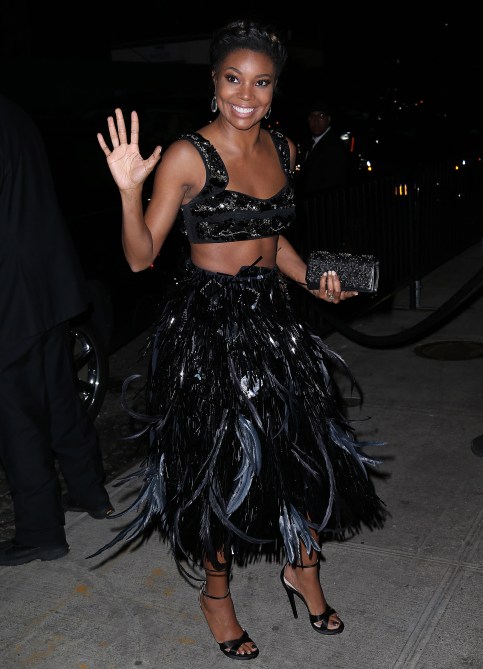 While I could’ve done without the milkmaid braid, everything else about this look is a beautiful, stunning Do. The flapper vibes contrasted by the flirty crop top/midi skirt combo are so damn good, and Union’s fire abs are fully on display. If she re-wore this in 2021, I would not be mad. 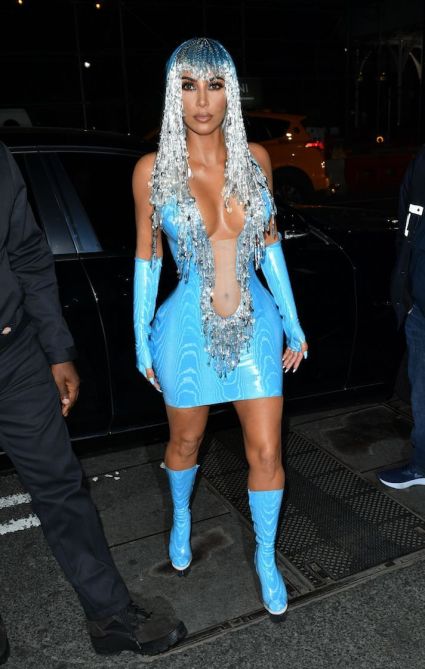 Kardashian recreated this iconic Cher moment at Up&Down’s annual Met Gala after party and did her Armenian icon proud. I really didn’t think she had the balls to commit to the tinsel wig, but she did and it looks amazing. 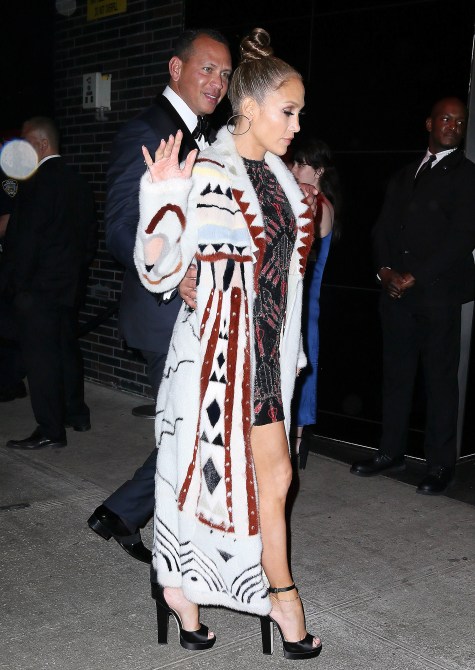 This J. Lo look gets honorable mention because I’m obsessed with that stunning coat. Did it make sense to pair it with that basic black mini dress for the after party at the  Boom Boom Room? No, but this woman looks good in everything, and the huge coat/huge hoop earrings combo made it a memorable look regardless. ILY J. Lo!