After seven brilliant seasons and eight years, AMC’s trailblazing drama “Mad Men” comes to a close this Sunday. And while there are still plenty of questions that fans are hoping will be answered, series’ creator Matt Weiner is notoriously unpredictable, so it’s hard to pin down how we’ll leave Don Draper, Peggy Olsen, Roger Sterling, Betty Francis, and the rest of the gang.

Before you find out, though, we’ve compiled a required reading guide that highlights the 10 best “Mad Men” stories on the web right now—from ranked lists to long-form pieces that examine the historic show’s breadth and influence. Read on, and be sure to tune into the finale this Sunday at 10 p.m. on AMC.

The Uncensored, Epic, Never-Told Story Behind ‘Mad Men’
Epic indeed: This a must-read for fans, thanks to its play-by-play look at how the show was conceptualized, how it got made, an inside look at casting, why AMC was the network it aired on, and lots more. Bonus: It’s told through quotes from creator Matt Weiner, network execs, and castmembers.
Read it at: The Hollywood Reporter

Employee Evaluation: Ranking All of Don Draper’s Secretaries
This roundup does it what it says—ranks the legion of Don’s secretaries across all seasons—from the crabby, elderly Mrs. Blankenship (RIP!) to squeaky Meredith.
Read it at: New York Magazine’s Vulture

50 Best ‘Mad Men’ Characters
From characters you probably forgot (hi, Guy McKendrick) to Sterling-Cooper’s core players, this list impresses with its vast knowledge of even the smallest cameos.
Read it at: Rolling Stone

See All the Women Don Draper Slept With in Under Two Minutes
A video montage that does what it promises.
See it at: Racked

The Madcappiest Moments in ‘Mad Men’ History
Including when Roger dropped acid, Megan’s’ Zhou-Bisou-Bisou moment, and—of course—the bloody scene that involdes a John Deere lawnmower and one dumb secretary.
Read it at: Esquire 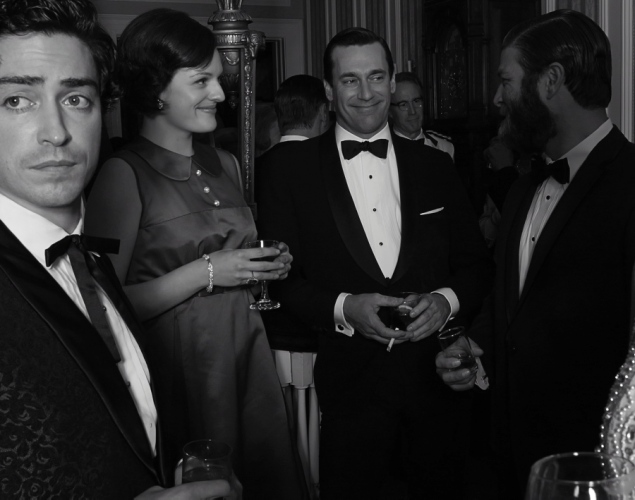 How ‘Mad Men’ Made Smoking Glamorous—Then Deadly
An in-depth look on the role cigarettes played throughout the series.
Read it at: The Daily Beast

The 20 Best ‘Mad Men’ Episodes Ever
Obviously, this list is relative, but these eps were decided by how well they demonstrated the depth and breadth of “Mad Men” in all its forms.
Read it at: Hitfix

The Definitive Guide To Channeling Your Inner ‘Mad Men’ Character
We’ve read about “Mad Men” fashion ad nauseum, but this story is especially interesting, even if the headline doesn’t really do it justice. It’s not so much about channeling the look as it listening to costume designer Janie Bryant explain the wardrobe choices she made for each character, and why they matter.
Read it at: Style.com

The Time Machine: How “‘Mad Men’ Rode the Carousel of the Past Into Television History
An extremely in-depth long-form piece (very long—it’s seven parts) that examines the show’s impact in a number of ways, and examines the use of history.
Read it at: Time

‘Mad Men’ Series Finale: What Should Happen, What Could Happen
A look at how we got to where we are in the show, and how it should end. Will Don end up in California? Will Betty die? Will the show end with a question mark like “The Sopranos?” All questions examined here.
Read it at: The Hollywood Reporter