Last week, we found out the best-liked Instagrams of 2016—which mostly came from Selena Gomez, with two from soccer star Cristiano Ronaldo for good measure. Though that’s a fun game, we found a way better one: Thanks to this site, you can find out what your top nine IG posts were this year—and they’ll even give you a little visual of those successful posts squeezed together in a ‘Gram-friendly pictograph. Thanks, guys!

MORE: These Are the Most-Liked Instagrams of 2016

Though you probably already clicked on that site and are hungrily typing in your username as we speak, we realized that the possibilities are endless, and that this little process could be repeated ad infinitum with every single friend, family member, frenemy, competitor, celebrity, ex, and random person you don’t actually know. All you need is their handle, and—voila, their top nine posts appear, as if by magic. 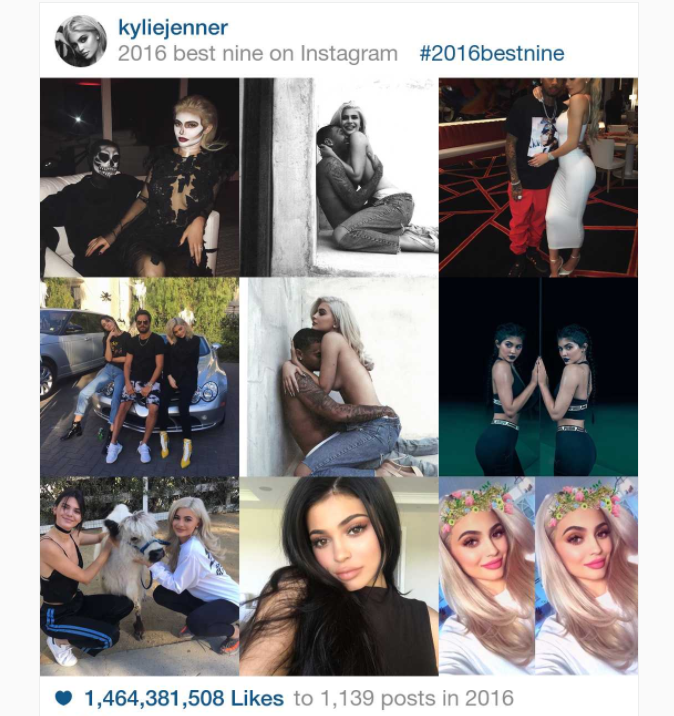 It’s not surprising that four of her nine top posts feature Tyga, since a glimpse of the famous couple feels intimate and personal (especially these glimpses). But it’s interesting that the three pics in which she appears solo are the top contenders this year, in a sea of solo shots and selfies. Why these three? Who knows. But numbers don’t lie. 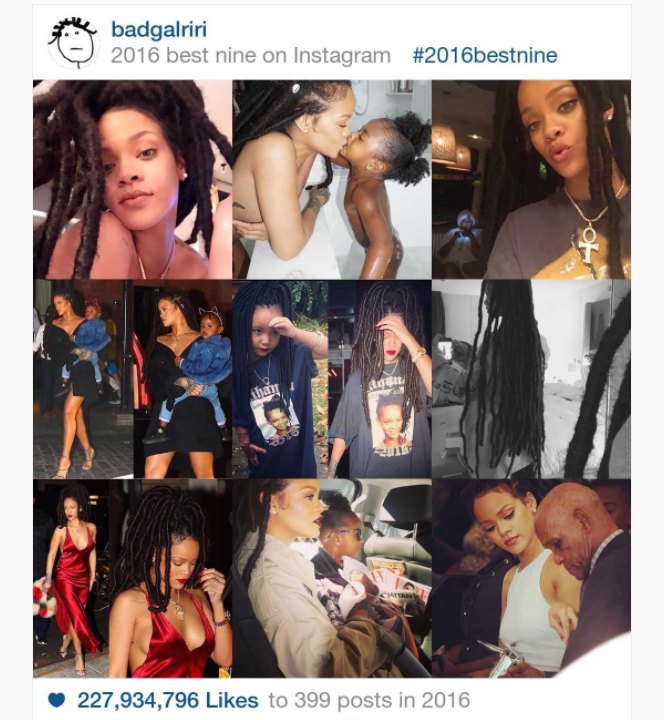 Again, this grouping of pics is enlightening: All nine of her top posts were taken when she had locs, without exception. If there was any question as to how much RiRi’s followers adored her new hair, we now have the answer: They loved it.

MORE: This Site Will Generate Your Best Nine Instagram Photos of 2015 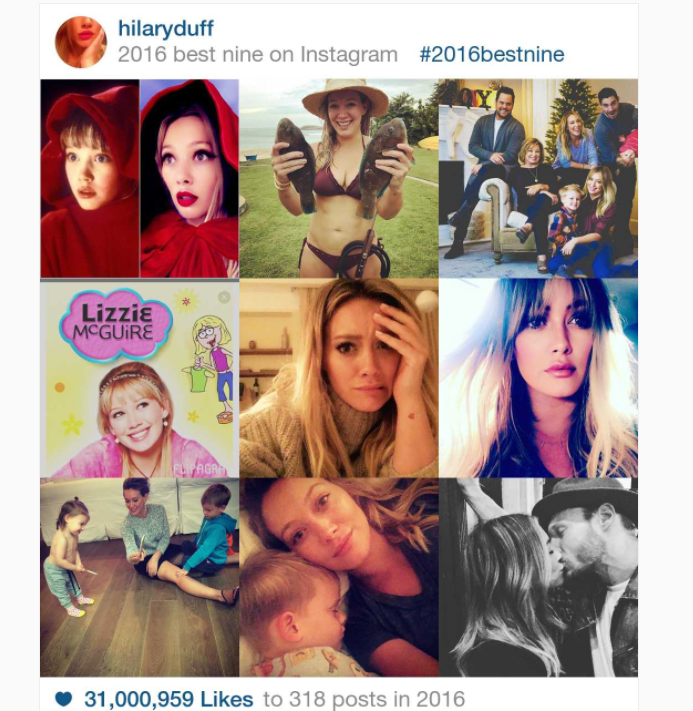 We found that Duff’s followers are all over the place. Predictably, they went crazy for the shot she posted of herself kissing possibly now ex-boyfriend Jason Walsh, because that confirmed the are-they-or-aren’t-they rumors swirling around, and everyone loves to love love. Her followers also were quick to double-tap a shot of the actress in a bikini—makes sense. But the rest of the photos are a mix of family shots, throwbacks, and a couple of selfies.

So, lest you hope that this handy tool will clue you in on the most across-the-board genius IG posts, we have to say: Probably not. That depends on each individual’s brand, following, and message, and captions def play a part too, though they aren’t even factored into this equation. But if you want to find out your own top posts this year—and possibly waste a few extra minutes typing in other people’s usernames—this is a most excellent tool.