Names have been changed.

The betrayal was not immediate. It was slow, happening on late-night calls, over text messages, in emails. He spun an elaborate story, though not a believable or good one. Quality didn’t matter, though, because it turns out that she wanted to believe him. My best friend no longer said my rapist’s name, no longer mentioned him, and I assumed that this meant she had cleanly cut him from her life. Deleted. Forgotten. It was incomprehensible that Tory would remain friends with Jake after he raped me, and so I chose not to see it until it was flung in my face.

I will start with what I know: I met Tory in art history class in the second semester of my freshman year of college. How do you really capture the beginning of a friendship—and not just any friendship, but the kind in which that person feels like home to you?

I felt like I’d known Tory for a long time from the moment I met her. I thought I’d know her for the rest of my life. I imagined us as old ladies, laughing with nostalgia about our college years. We had long conversations over huge cups of coffee, talking about art, philosophy, and drawing. We had sleepovers in my crammed studio apartment, sharing the deepest and scariest parts of ourselves with each other, letting ourselves be vulnerable and discover trust. 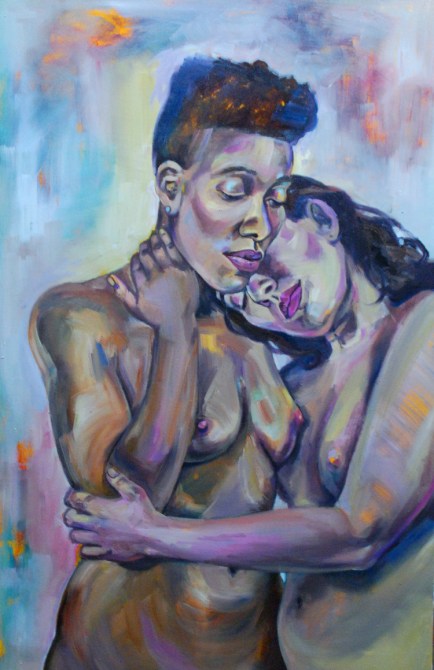 In February of my sophomore year, I went to Tory’s apartment for a party with my roommate and close friend Max. I was sitting on the floor against Tory’s bed, a red plastic cup in my hand, surrounded by a forest of legs. It was hot, the air thick with sweat. I saw a small guy moving toward me through the crowd—ugh, it was Jake, a friend of Tory’s who I didn’t like and had no interest in talking to.

We’d all had class together the year before, and Jake creeped out all the girls because he hit on anyone in his vicinity. I had no idea why Tory was friends with him, but he knew I didn’t like him, yet always tried to make a move and trap me in long conversations. He sat down in front of me, a smug expression etched on his face. I scooted backwards. As always, he wore oddly large, formal clothes and a fedora at an angle on his head.

“What have you been up to?” he asked. I thought for a moment about what to say. Well, what I have been up to is feeling like shit, I thought. A month before, standing in an Einstein Bagels in Salt Lake City, my father told me that my aunt Kate had been raped and murdered in a Salt Lake City park. It didn’t seem possible, but there you go. It was. 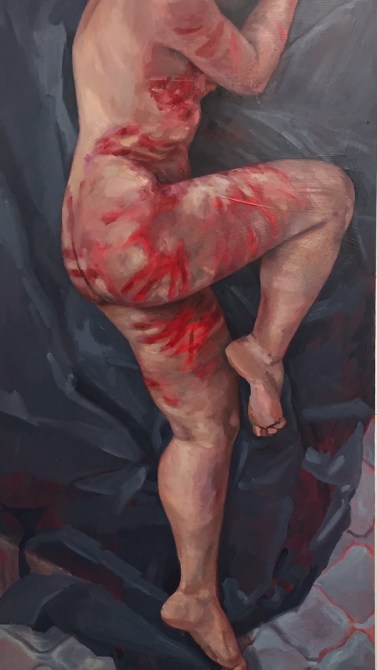 MORE: 7 Women Tell Us What Being a Feminist Means to Them

But I didn’t say any of that. Instead, I replied, “Oh, not much.” I think Tory came and saved me after that. Eventually, Max and I wound up deciding to spend the night at Tory’s rather than walking home drunk and freezing through her seemingly sketchy neighborhood at 2 a.m.

I heard panting behind me. I shifted my body and coughed. The hands slunk away as they realized I was gaining consciousness. I got up and looked behind me. There he was: Jake, pretending to be asleep. It was a pathetic attempt, really. His hands were folded neatly on his stomach, his head tilted to the side, too still to be believable.

I got up and went to the bathroom. What the fuck did he do to me? I wondered. I went back to the room and approached the bed, where he was still pretending to be asleep. I poked him in the arm, and his eyes opened instantly. “Can I talk to you in the hallway?” 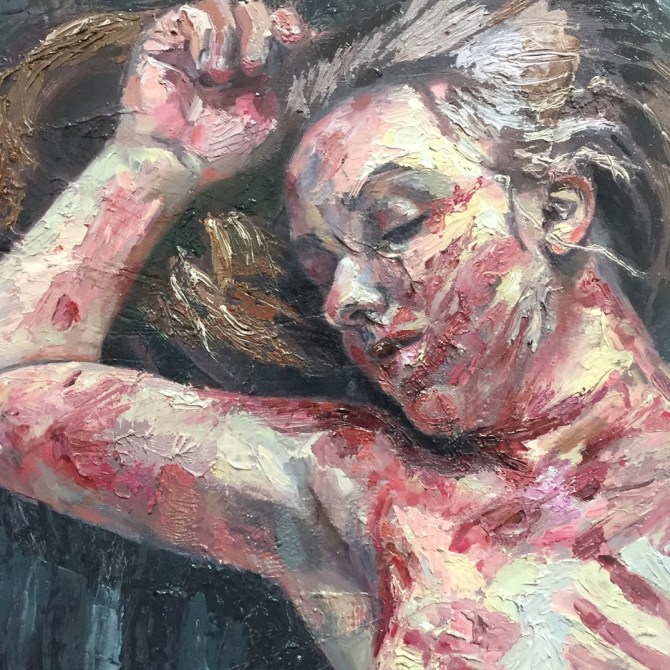 As I confronted him, my face burned with anger and my voice cracked. “If you ever fucking touch me again, I will punch you in the face,” I said. Now I wonder why I didn’t just punch him then. I still fantasize about breaking his legs with one of my prize tennis racquets.

I gathered my things, woke Max, and we left. Stuttering, with tears clouding my vision, I told him what Jake did. Max said nothing, shrugging and refusing to meet my eyes. His silence engulfed me, and I became confused. Did he not hear me? I thought. I called Tory the next day. With shame burning in my chest, I told her everything. Her reaction was all, “Oh, my God!” and “I can’t believe he fucking did that!” and “I’m so sorry.” I felt deep relief, thinking she believed me.

The following day, torn between telling myself I was overreacting and feeling overwhelming disgust at what Jake had done, I called 911. A gruff policewoman arrived and asked barking questions: “Why did you wait a day to report?” I nervously thought about it, feeling stupid. “I was afraid—I didn’t know what to do,” I said. Later, a detective called me to the precinct, where I told him everything. I didn’t have a word for it then. What happened to my aunt was rape. I didn’t know what to call what happened to me. 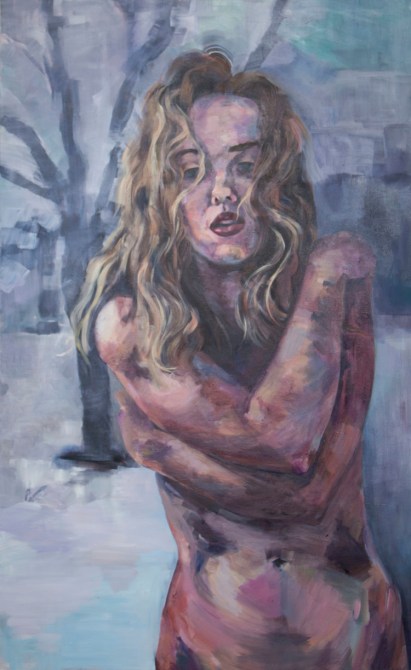 MORE: This Is What It’s Really Like to Live with Endometriosis

This detective gave me the words. “What happened to you is sexual assault, Chloe. It is rape, specifically digital rape because it involved the digits, the fingers.” He also explained that because there was no concrete evidence and no witnesses, I didn’t have much of a case for pressing charges. He offered a consolation: “I can call him and scare the hell out of him.”

After that, I tried to go back to normal but felt like I was constantly teetering on an edge, attempting desperately to keep the fragments of my life together. In class, in the middle of the day, completing a painting or essay, I would burst into tears. Tory and I saw each other less. Luckily, I didn’t have to face running into Jake because, unbeknownst to me, he had joined the Navy in Japan.

A new friend entered my life. Caitlin discovered me crying in a stairway one afternoon at school, and when she asked what was wrong, everything poured out of me. I told her that when I had told my mom that I had been raped, my mother said, “That will teach you not to go to parties.” Caitlin invited me to dinner that night.

In her apartment, I would discover something that felt both old and new: home. We started a tradition of weekly dinners with our friends and invited Tory, but she always seemed busy, off at an art opening or out with other people in our extended group of friends. Still, I slowly began to feel whole again. I started to laugh and smile, though I still struggled with intense anxiety. 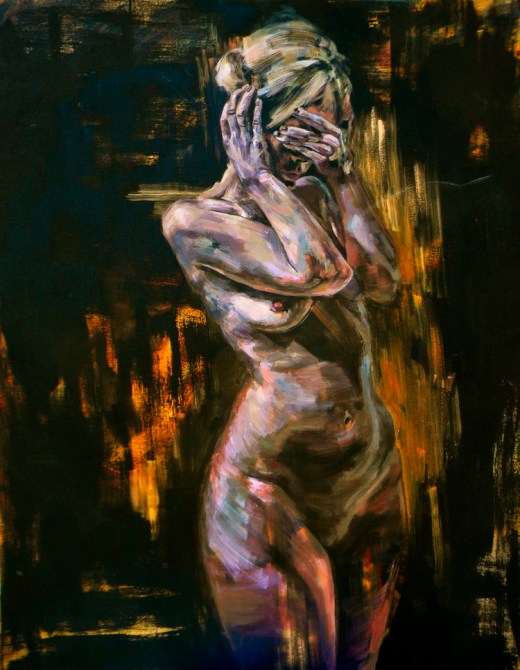 It was the start of the next school year when everything fell apart again. I was at a falafel shop with Caitlin, dousing a pita in tahini and chili sauce. She was telling a funny story about one of Tory’s many funny escapades: Tory’s apartment had become a makeshift hostel, ha ha. Three girls were staying there already, and now Jake was, too! How funny! Hearing this, I felt shock—I’d blocked him on Facebook and had no idea he was back at school. But the shock quickly turned to rage.

My heart racing, I called Tory and asked if it was true that Jake was staying with her. Yes, it was true. I told her how betrayed I felt, how shocked that she would do this to me, let alone allow Jake to stay in the same place with all these other women.

She cried and apologized, and I chose to believe her. But after that, she started ignoring me in school. She stopped returning my calls and texts. It was impossible and incomprehensible and felt unreal. Who was this Tory who still had the charming laugh, but wouldn’t look at or talk to me?

We didn’t speak for nearly two years, until I ran into her at a figure-drawing session in our old hangout. At first, she pretended to not see me, in the same way that Jake pretended to not be awake, in the way that we all pretend that everything is OK when it is not. I said hello because I could not stand pretending. The conversation was awkward, short, unmemorable. A couple days later, she asked if we could get together, saying she wanted to talk about something important. 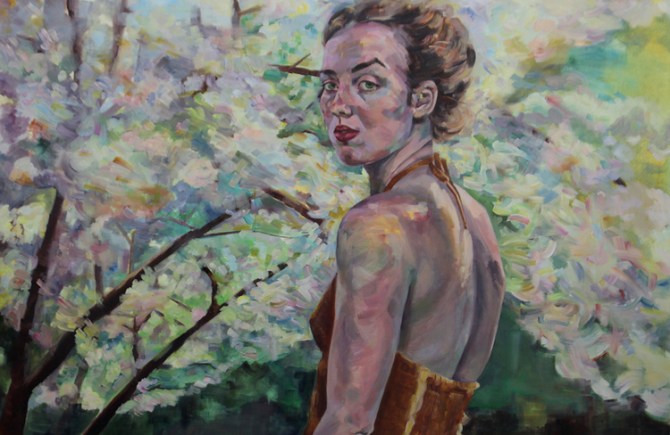 When we met for coffee, it felt familiar but strained. Part of me wanted to slap her, to throw the coffee in her face. Another part wanted to fall in love with her all over again. Tory sincerely apologized and described abandoning me as the deepest regret of her life. After she confronted Jake about raping me, he told her that I was actually his girlfriend, that we had been having sex for months.

In the retelling, she knew that even this lame excuse wouldn’t justify his touching me without my consent. Rape, boyfriend or not, is still rape. I had fantasized about being able to have a conversation like this with Tory since our friendship had disastrously fallen apart, but when it happened, it fell flat. The truth is that no answer would have been good enough. I could not wrap this narrative up in any satisfying way.

There will never be an OK reason for abandoning a friend after they have been raped, just as there will never be a legitimate reason for violating someone’s body and humanity. Life is a tangle of things—the beautiful, the horrifying, and the mundane. I don’t talk to Tory anymore. After we met that day, I said, “Let’s get dinner sometime,” but never followed through. I only half meant it. When trust has been so badly broken between two people, there is no going back. Perhaps something new can form, but I have yet to find out.

Chloe Allred is a painter and writer based in Southern California. See more of her work here.

MORE: 12 Real Women Share Why They Chose to Freeze Their Eggs