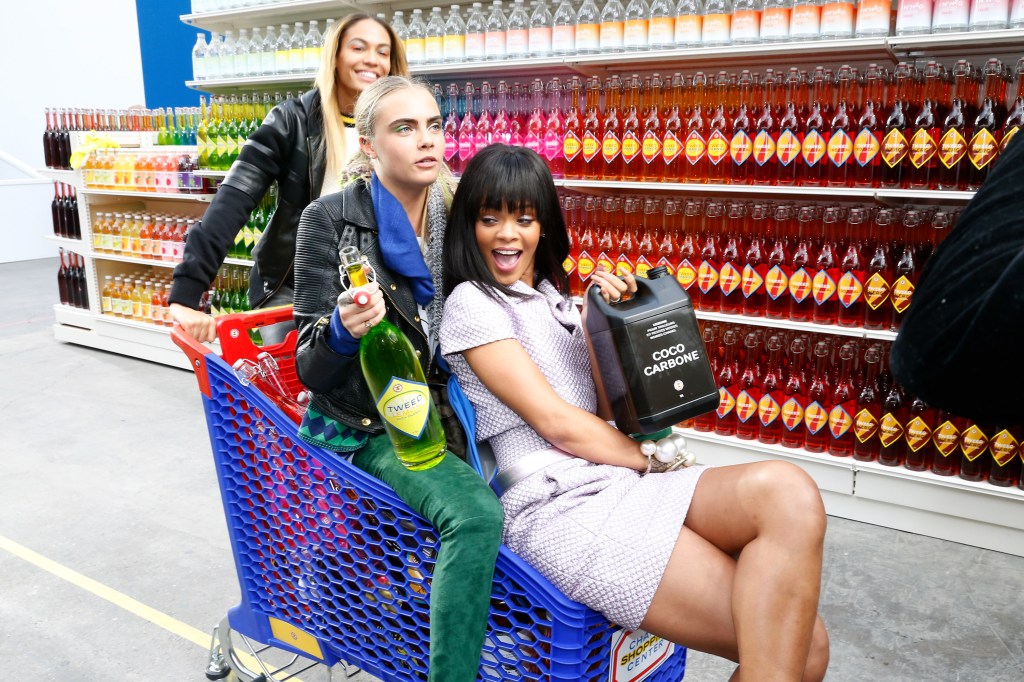 Here’s something about me: I’m obsessed with shopping at designer outlets. I’ve planned entire trips around mythical places I’ve read about online; I’ve trekked through the rural Italian countryside on a train, then in a strange man’s car (who waits at said train station and apparently serves as the town’s only cab service) to reach my final destination, the land of 80 percent off Prada.

I actively seek out these outlets so often that it pains me to ever pay more than a minimum of 30 percent off when it comes to designer fashion. And even though the Internet has taken over with its fair share of outrageous deals (hello, Outnet!), I still think there’s something magical about spending the entire day at brick-and-mortar shopping malls scoring the best deals. Here, an ultimate guide to finding the world’s best fashion at the lowest prices.

Acne Studios calls its outlet in Sweden an “archive,” but it’s the same thing. Expect all prices to be slashed by at least 50 percent, with many going as low as 80 percent off. Since the brand is based in Stockholm, there are lots of one-of-a-kind pieces like runway samples in colorways that were never put in production (you’ll never have the issue of wearing the same thing as someone else!) or altered dresses and pants that the creative team has chopped and spliced to make them new again.

I found a runway sample (in perfect condition) of Acne’s cult-favorite Pistol Boots for $140 (originally $570) and a current-season jacket that had been marked down to 80 percent off.

A tip: Unlike most outlets, Acne has a major stockroom with sizes that aren’t always out on the floor. Ask the sales associates if you don’t see something you’re looking for.

More than 160 designer stores are located at Foxtown’s Factory Outlet in Switzerland, where items are priced between 30 and 70 percent off year-round. It’s close to the border of Italy, and as a result, includes some of the best high-fashion Italian labels on earth: Gucci, Missoni, Prada, Valentino, and Versace all have a presence. They even have their own casino on-site if that’s what you’re into. 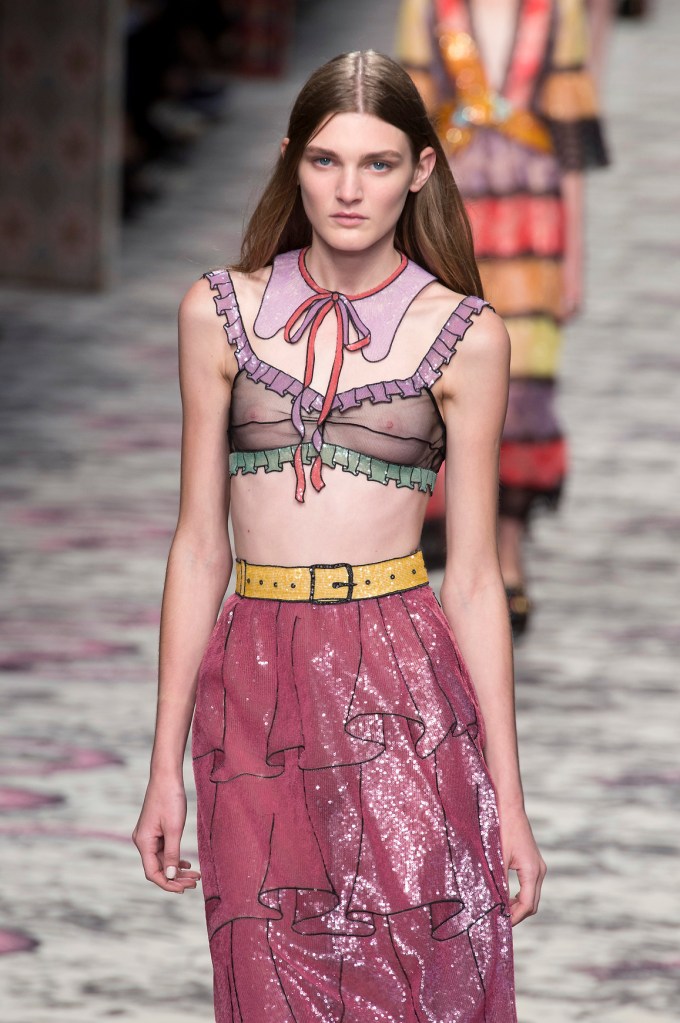 As far as outlets go, Jeremys is unique. It calls itself a department store and stocks discounted designer merchandise that swanky Fifth Avenue shops or glitzy labels may have used in window displays or advertisements. You’ll find everything from wedding dresses to Céline and Lanvin bags at up to 80 percent off. Some (lucky) online reviewers have even claimed to find heavily discounted Chanel bags. 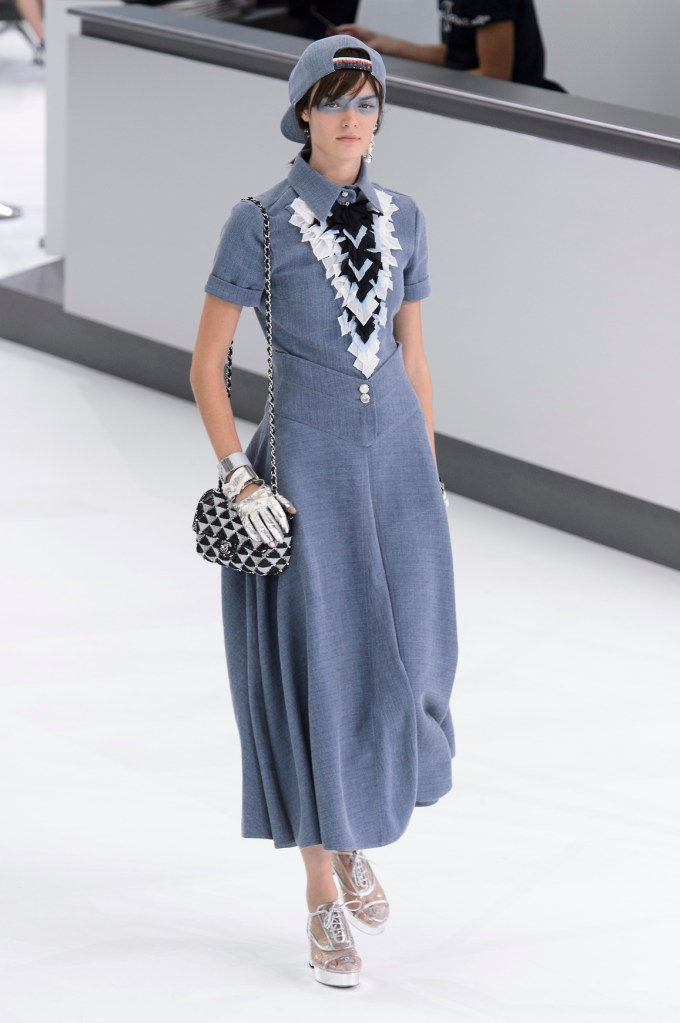 This is Prada and sister line Miu Miu’s factory outlet, about an hour drive or train ride from Florence, Italy. It’s located in the middle of nowhere, but it’s definitely worth the trip. If you hit it at the right time (end of season) the huge space is packed with that season’s runway samples at a whopping 90 percent off, as well as menswear and a ton of one-off accessories straight off the runway, like hats, scarves, and gloves for as low as $40.

Of everything, shoes are possibly your best bet, with prices as low as $75, and if you love outlandish fashion, you’ll be in heaven, since the outlet houses some of the labels’ wackiest pieces here—like pink knee-high sequined boots and a green mohair fur bag, which I bought for about $75 each. Yes, really.

With more than 130 designer boutiques, this outdoor outlet mall should be your number-one stop to snag pieces from Britian’s top luxury labels, and luxury pieces on the cheap. Think: Anya Hindmarch bags, Smythson notebooks, Alexander McQueen accessories, Rupert Sanderson heels, All Saints jeans and more. Like it sounds, the space is set up like a mini village full of discount shops. Make sure to check the website for extra deals. 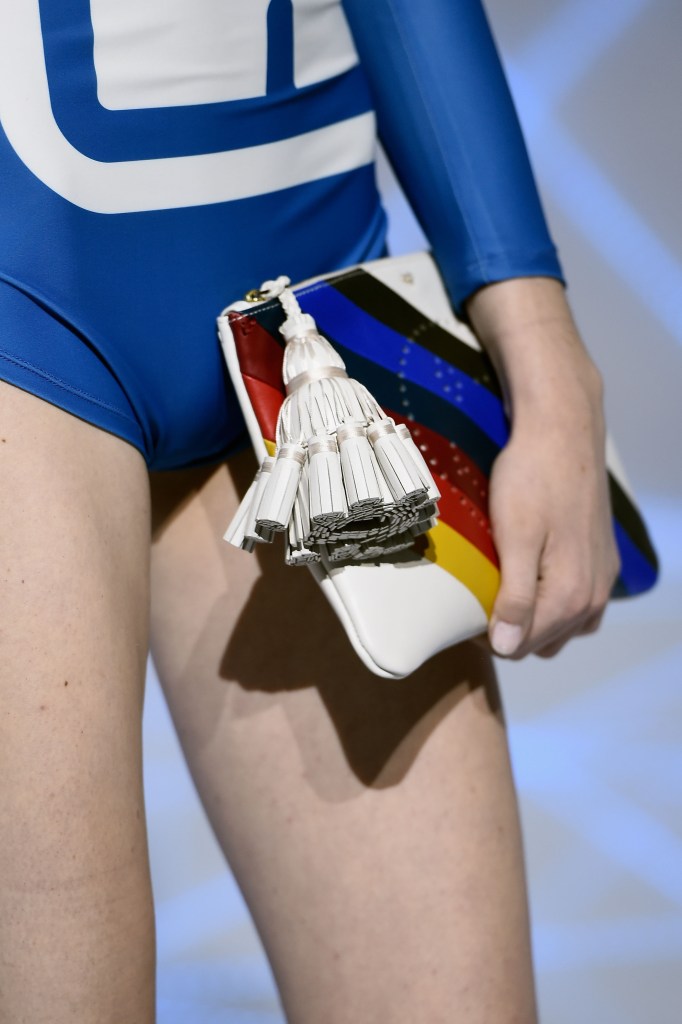 This outlet mall has the added advantage of striking views of Mt. Fuji hanging over it, and with hundreds of brands both Japanese and international, there’s enough shopping to take up an entire day. Some of the more interesting and hard-to-find (when it comes to typical outlet mall material) options include Alexander Wang, Issey Miyake, Maison Margiela, and Vivienne Westwood. It takes about three hours by train to get there from Tokyo. 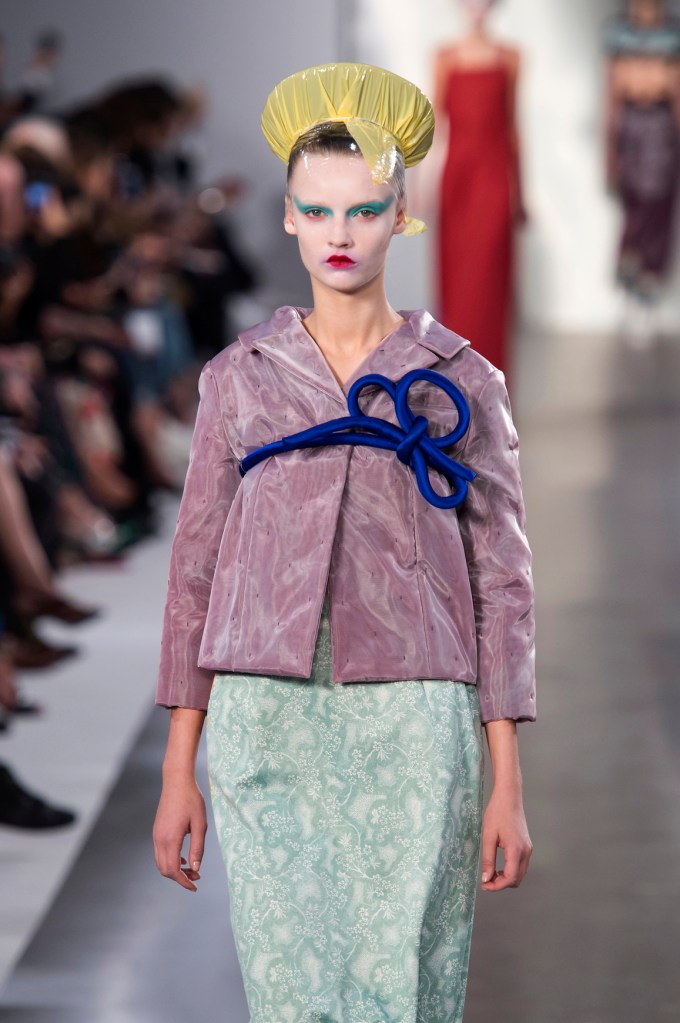 Here’s another outlet that gets bonus points for its views. Under the blue Texan sky, the design of San Marcos Premium Outlets was inspired by the architecture of the Piazza San Marco in Venice, Italy. Its castle-like walls hold past season treasures from Armani, Diane von Furstenberg, Etro, Prada, Ferragamo, and more, all heavily discounted up to 70 percent off in some cases. 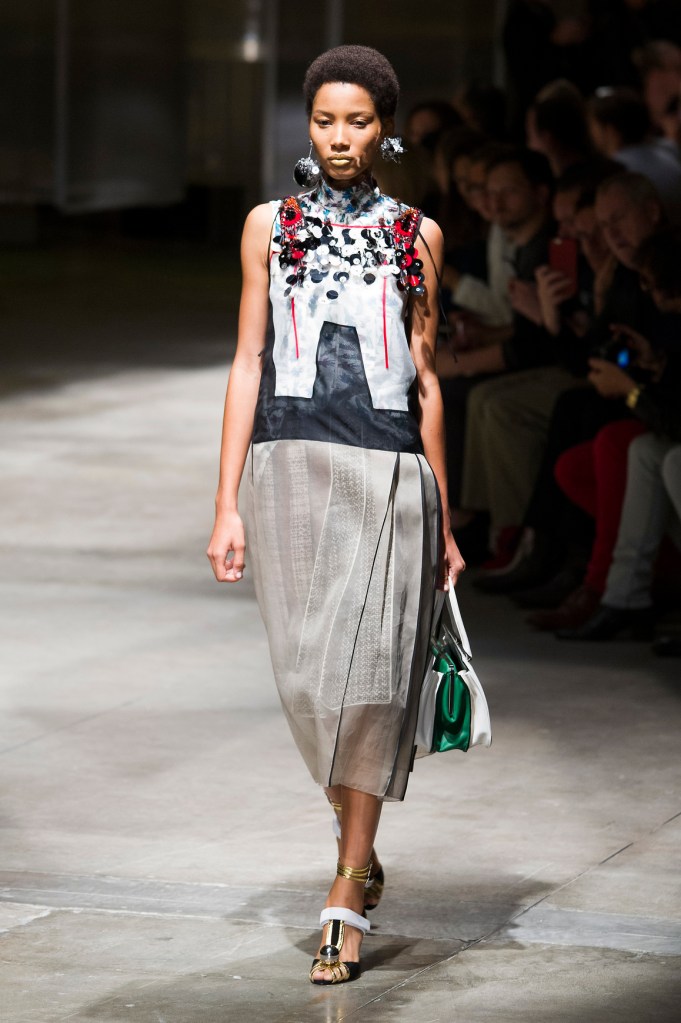 Located in the Woodbury Commons Outlet mecca, an hour drive from New York City, this is the country’s only Céline outlet. Everything is at least 30 percent off, but you won’t find the brand’s done-to-death bags. Instead, the store stocks lesser-known clutches and totes like the Trio, which are around 40 percent off. There’s a great selection of past-season accessories, like bangles, necklaces, and sunglasses, but shoes are probably where you’ll save the most, with some dipping as low as 60 percent off.

If you’re looking for something special, the outlet occasionally has one-off runway samples, like a multicolored fur coat that was priced around $11,000 (down from $30,000). Woodbury Commons Outlets also has Prada, Valentino, Dolce & Gabbana, Balenciaga, Fendi, and Gucci stores as well.

Deep in the heart of the rolling hills of Tuscany sits this designer outlet mall that’s technically an outdoor space that houses individual boutiques from all the major Italian labels including Gucci, Fendi, Moschino, and Versace, plus harder-to-find outlets like Tom Ford, Philipp Plein, Lanvin, and Alexander McQueen. You could easily spend an entire day here scouring the racks for 30 to 50 percent off.  Most notably, the Fendi outlet has an amazing selection of limited-edition Baguette bags.

The Mall is also a convenient 30-minute drive from Prada Space, so plan on making a day of it. 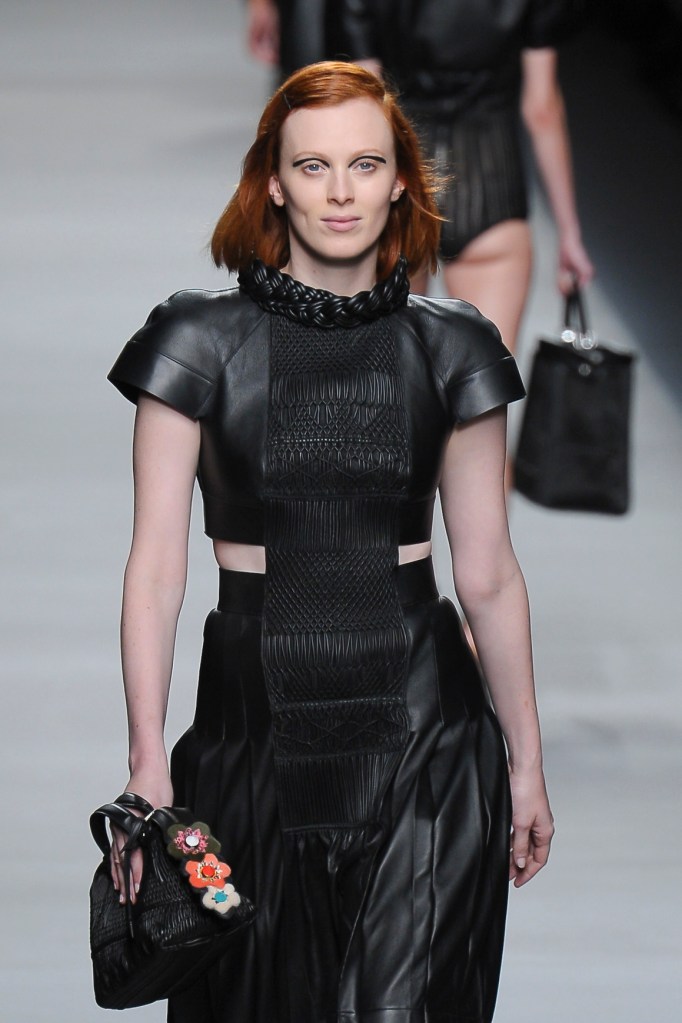 In addition to the usual high-end labels that other outlets carry, La Vallée Village has individual boutiques dedicated to discounted French fashion that you won’t find anywhere else. Carven, Givenchy, Céline, Kenzo, Longchamp, Robert Clergie, Repetto, and Saint Laurent are just a few of the chic options. The village is only a 30-minute drive from Paris, so it’s definitely worth renting a car. 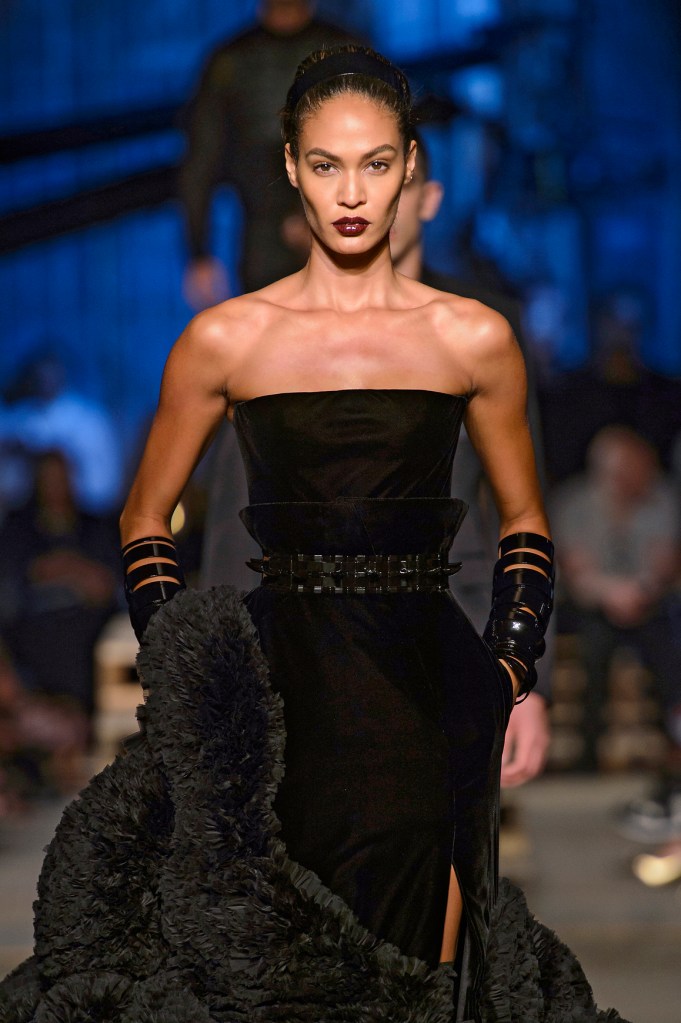