Father’s Day is around the corner, and while most of us would rather be outside with our father-like figures doing dad stuff (like barbecuing or throwing around a ball), that’s not a possibility for most of the world in quarantine. The next best option is to watch these best dad movies. While it’s not the same as spending Father’s Day with your pops outside, these heartwarming father-and-child stories (well, most of them are heartwarming) will make this Father’s Day feel as special as holidays past.

To celebrate a social-distanced version of this year’s Father’s Day, we rounded up eight quintessential dad movies to watch with your father or father-like figure. From romantic comedies like Definitely Maybe and What a Girl Wants to sci-fi flicks like, yes, Star Wars: The Empire Strikes Back, there’s something for every father to watch—even the those who are the pickiest movie critics. Not with your dad in person this Father’s Day? Flip on one of these movies and watch at the same time as your dad or follow our guide on how to use Netflix party and other services to have a social-distance movie night. And if your dad isn’t one for a typical Father’s Day flick, maybe this list of movies not suited for parents is more your family’s speed.

Ahead, read up on the most heartwarming movies to watch with your pops on Father’s Day. 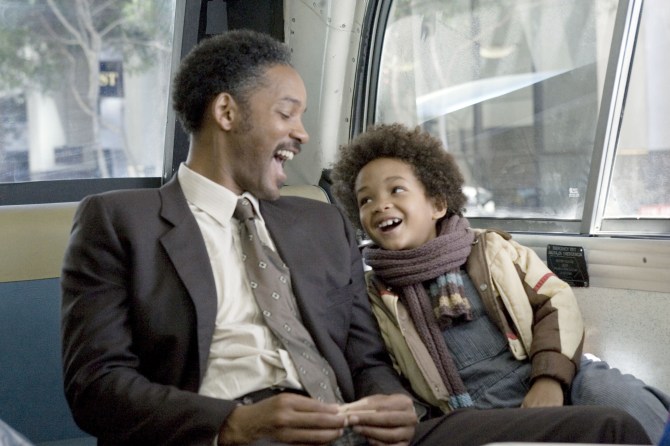 This biographical drama stars IRL father-son duo Will and Jaden Smith. The film is based on the memoir of Chris Gardner, an entrepreneur and motivational speaker who was homeless in the ’80s with his toddler son. The movie, which Will was nominated for a Golden Globe for, was also Jaden’s on-screen debut. The film follows Gardner in 1981 San Francisco after he and his son become homeless after he invests his life savings into a business deal that doesn’t profit as much as he’d hoped. 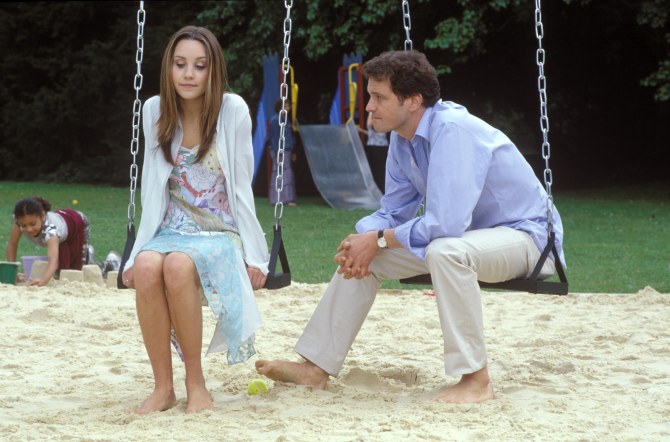 Amanda Bynes plays Daphne Reynolds, a 17-year-old American, who learns that her father is the English Lord Henry Dashwood, played by Colin Firth. After learning about her father, Daphne runs away to London to meet him, but she faces a roadblock when Henry is stunned to learn that he has a child, especially one who’s American. 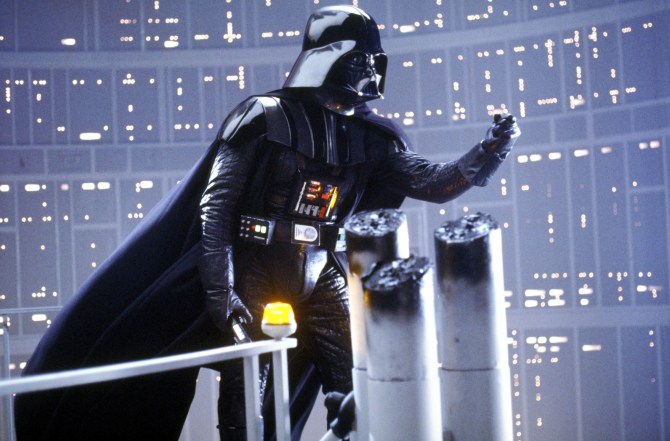 While The Empire Strikes Back isn’t what comes to mind when you think of a classic Father’s Day film, dads are at the center of the Star Wars movie. In fact, Episode V is where the iconic Darth Vader line, “Luke, I am your father,” comes from. So if your dad is more of a Darth Vader than, say, a Colin Firth, perhaps this is the movie to watch on Father’s Day. 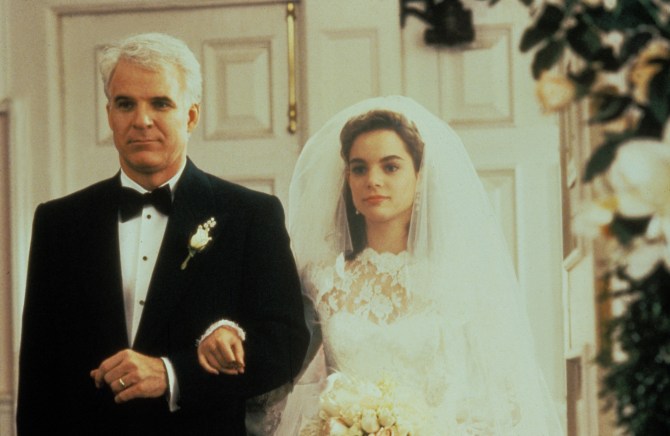 Who wouldn’t want Steve Martin as a dad? This romantic comedy stars Martin as George Banks, a businessman and the owner of an athletic shoe company, who does not want to give his daughter away when he finds out that she’s set to be married. Throughout the film, George becomes more comfortable with his daughter leaving the nest and his new son-in-law to finally accept their relationship and celebrate their wedding. 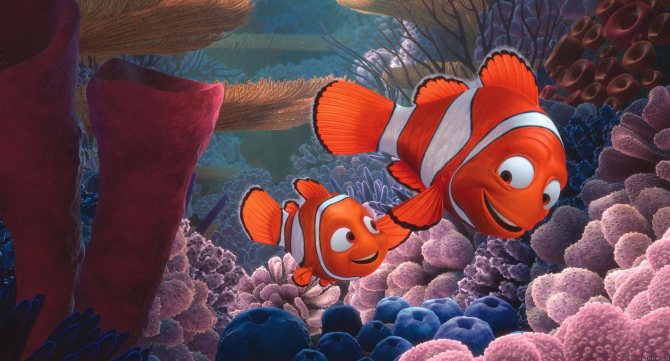 Finding Nemo is a classic tale of a father’s love for his son. The animated Pixar film follows an overprotective clownfish named Marlin whose son Nemo becomes lost at sea. Along the way, Marlin, with the help of a blue tang named Dory, searches for Nemo as he comes to terms with his son taking care of himself and experiencing his own risks in life. 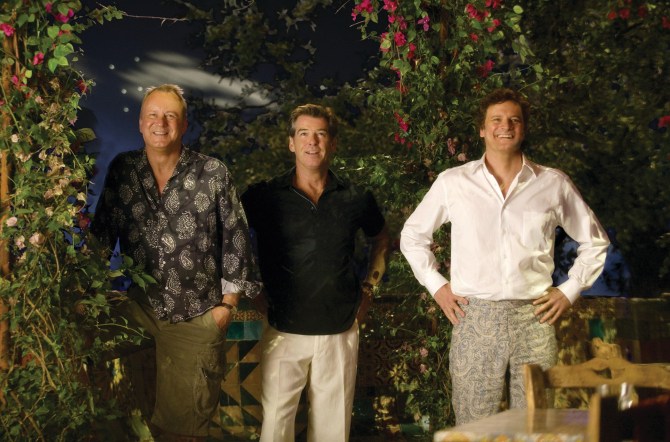 The film adaptation of Mamma Mia! features not one but three dads. The movie musical, which features songs from ABBA, follows a young bride-to-be, played by Amanda Seyfried, who invites three men to her upcoming wedding, each of whom was a past lover of her mother and has a chance of being her father. 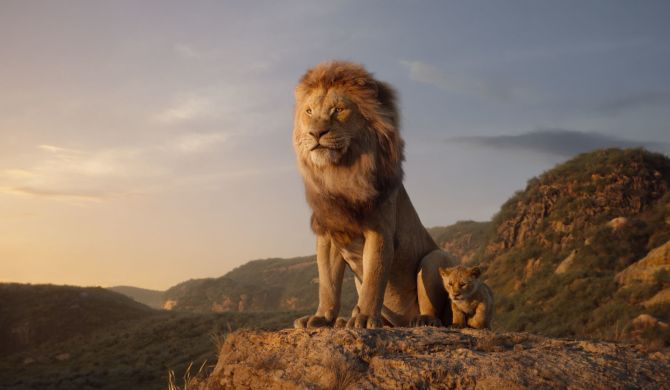 The Lion King is another quintessential Father’s Day Disney film, except, as we all know, there isn’t a happy ending for the father figure of the movie. The animated movie follows a lion cub named Simba whose father, Mufasa, dies in a stampede after his evil brother, Scar, throws him off a cliff and murders him. The film spans Simba’s life as both a cub and an adult lion as he seeks justice for his father. For the true Disney enthusiasts, watch both the animated and live-action version. 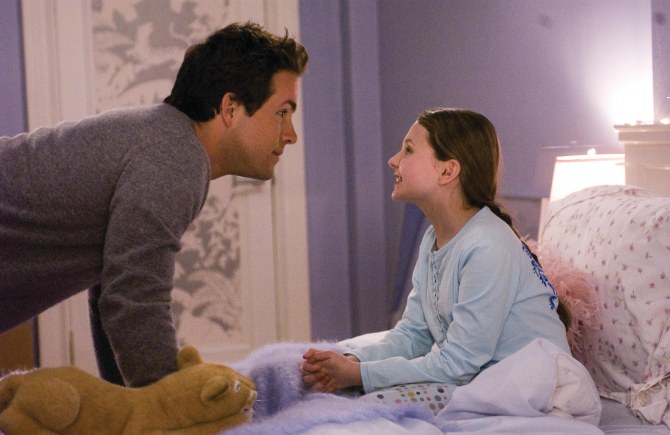 Definitely, Maybe stars Ryan Reynolds as the single father of a preteen girl played by Abigail Breslin who has questions about her mother and her father’s past loves. The film flashes back and forth between the present and the past as Will (Reynolds) tells his daughter about the three most important loves of his life before revealing in the end which love is her mother.