No dish is quite as satisfying as the perfect burger. Not all burgers are created equal though. Wanting the very best, we sourced the country for the very best burgers around and came out with some serious winners. From one of the original burgers perfected in the early 20th century to a burger made with Ahi tuna, it is worth planning vacations around eating these burgers. They are just that good. In no particular order, here are our favorites. 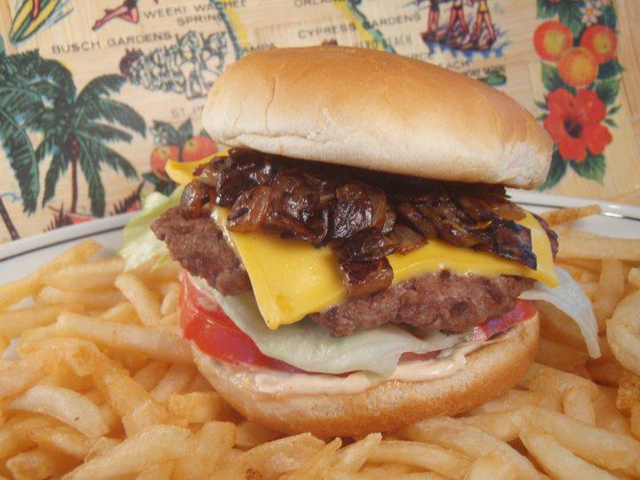 Jefe’s Original Fish Taco and Burger, Miami: Miami Style Burger, $4.65
Who would guess that one of the best burgers in the country comes from a food truck that also is known for its fish tacos? Be prepared to line up around the block for a Miami Style burger, which gets its kick from grilled onions. 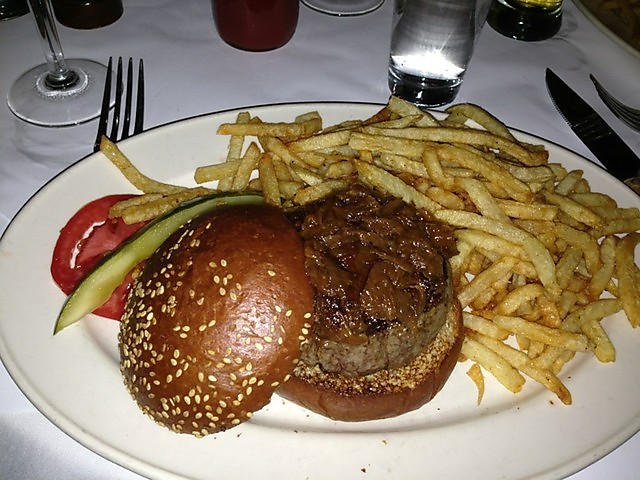 Minetta Tavern, New York City: The Black Label Burger, $26
The burgers at Minetta Tavern are something of legend. Yes, they are expensive, but fans will tell you that it is money well spent every time. The burger itself is made from dry-aged strip, and clarified butter is drizzled on top of the patty. File this under dishes you should try before you die. 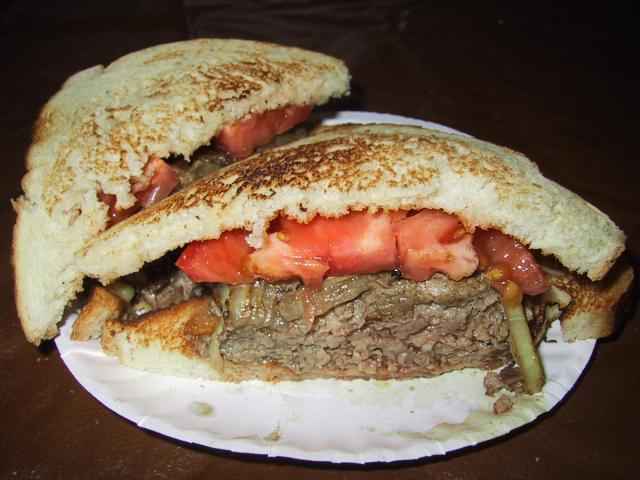 Louis’ Lunch, New Haven Connecticut: The Original Burger, $5.75
This restaurant advertises itself as the first restaurant to serve hamburgers, so for burger lovers, this is a must stop on the burger tour. Burgers here are made from ground steak and five different cuts of beef and served on two square pieces of toasted white bread. A little bit unusual, but you’ll hooked at first bite. 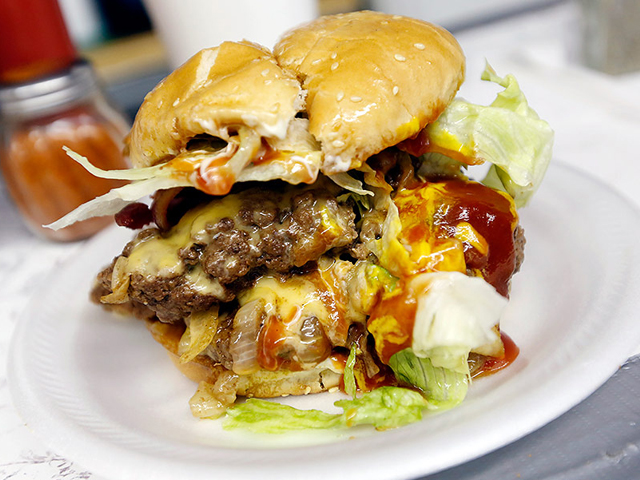 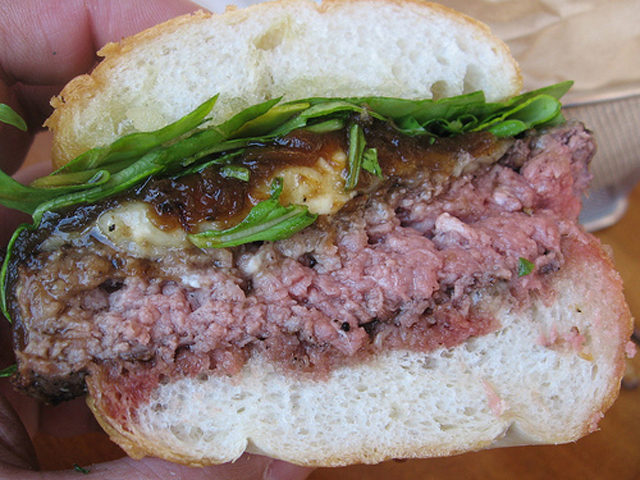 Father’s Office, Los Angeles: The Office Burger, $12.50
Famous for its taste, and because substitutions aren’t allowed on the ingredients (you can’t add ketchup), this burger is credited for launching the designer burger craze. The burger was inspired by French onion soup and includes dry-aged beef, caramelized onions, and gruyere. 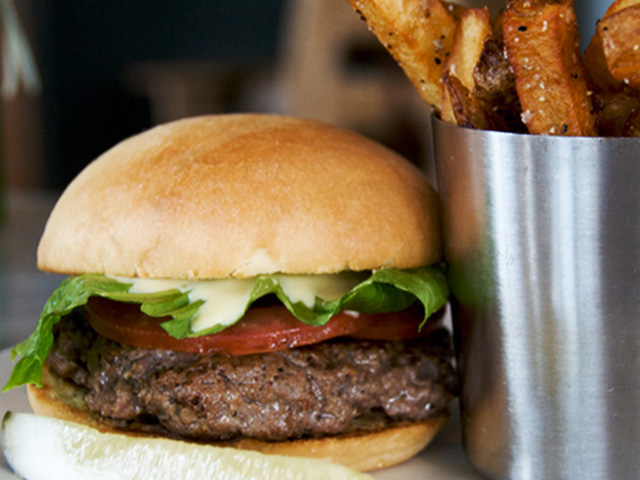 Burger Up, Nashville: Triple L Classic, $9
This classic burger is made with local beef topped with lettuce, tomato, onions, pickles, yellow cheddar, and yellow mustard. Utterly perfect, we won’t blame you if you order seconds. 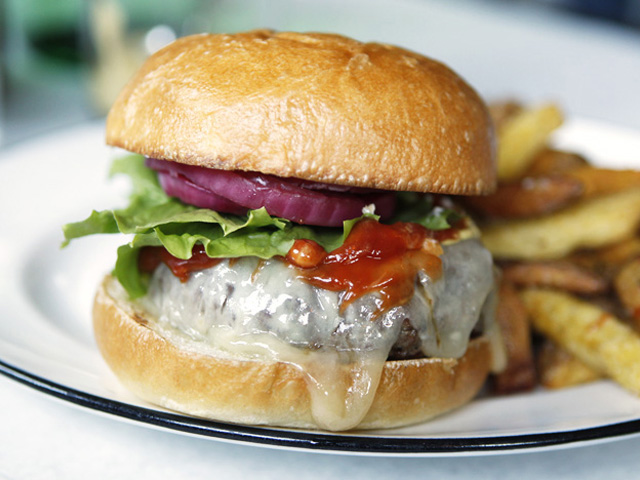 Diner, Brooklyn: Cheeseburger, $17
Made with house-butchered grass-fed meat, a thin layer of mild Vermont white cheddar and toppings of romaine, red onion and bread-and-butter pickles, this burger is pure decadence at its best. 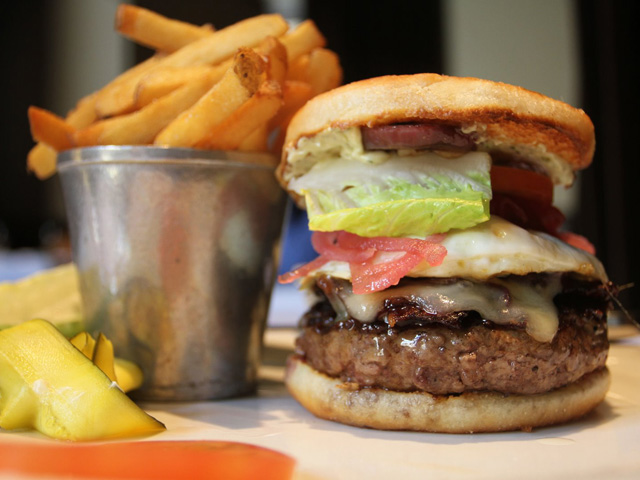 Spruce, San Francisco: The Spruce Burger, $14
The Spruce Burger comes with a slightly fried bun, pickled onions, and Neiman Ranch ground chuck. And you thought you were visiting San Fran to see the Golden Gate Bridge. 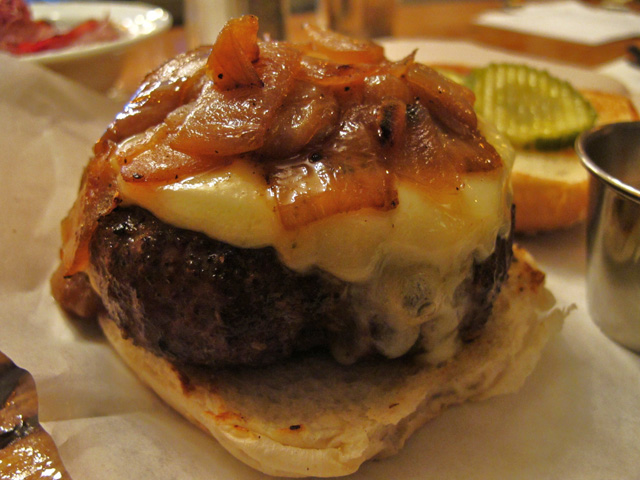 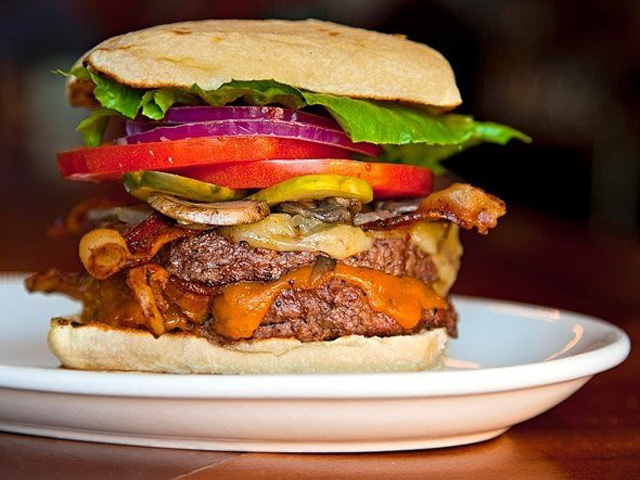 Kenny’s Burger Joint, Dallas: Bacon & Egg Burger, $8.99
A burger topped with Béarnaise sauce? Sign us up! Made with three pounds of beef and a half-pound of bacon. you’ll probably have to be wheeled out of the restaurant after trying this, but it will be well worth it. Everything really is bigger and better in Texas. 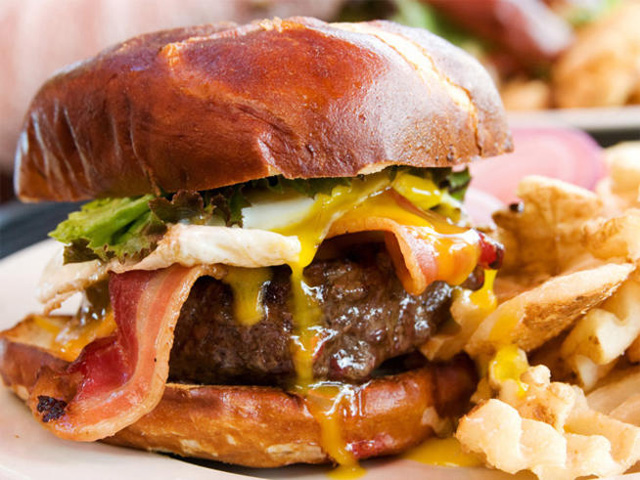 Kuma’s Corner, Chicago: The Kuma Burger, $1o
Often cited as the best burger in Chicago, this burger includes bacon, cheddar, and a fried egg. Is your mouth-watering yet? Yes, ours too. 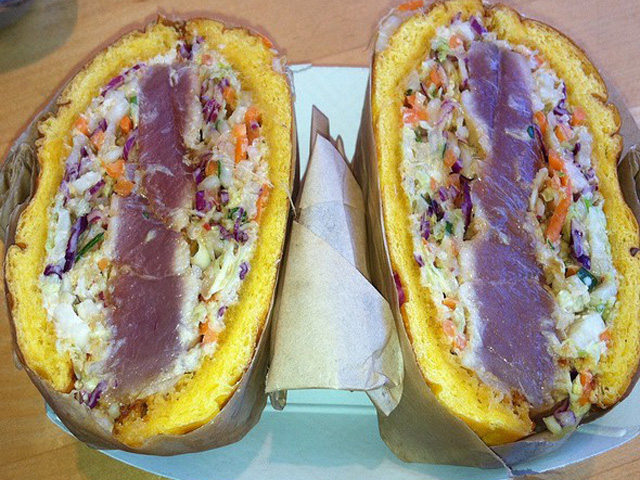 Gott’s Roadside, Napa California: Ahi Burger, $14.99
Think of a great burger and beef will usually come to mind. That is until you try Gott’s Roadside Ahi Burger. Made with five ounces of Ahi tuna seared rare with ginger wasabi mayo, this burger is as surprising as it is delicious.
MORE:
The Gypset Travel Guide To Sayulita, Mexico
The 17 Best Things I Ate At the South Beach Wine & Food Festival