Whether you’re a fan of nail-biting, Agatha Christie-inspired mysteries or are into romances that will make your heart swell and weep for months to come, this list of the most anticipated winter 2020 and 2021 books has something for everyone. As we know, winter marks the start of cold, bone-chilling weather, and there’s no better way to stay warm from the cold than diving nose first into one of these page-turners of warmer days and riveting adventures. Ahead, is our list of the best books of winter 2020 and 2021 that you will want on your bookshelves. 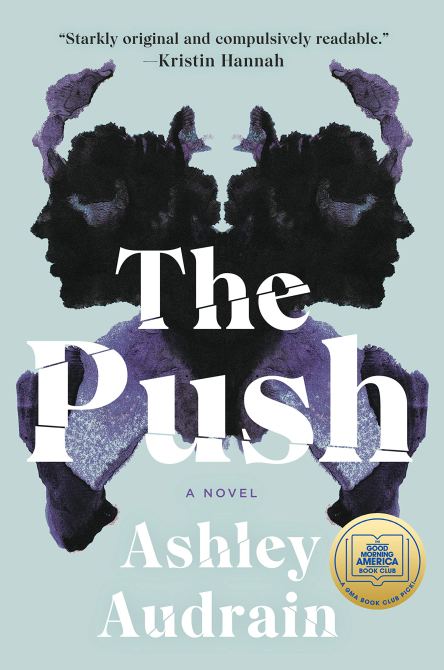 The Push by Ashley Audrain

Good Morning America’s January 2021 book club pick, Ashley Audrain’s The Push tells the story of Blythe Connor, a woman who wants to be the warm, comforting mother to her new baby, Violet, that she herself never had. However, as her first days of motherhood pass, Blythe becomes convinced that there’s something wrong with her daughter. Her husband, Fox, thinks it’s all in he head, which leads Blythe to question her sanity. When their son, Sam, is born, Blythe finally has the connection she’d always imagined she would have with her child. Her life, however, takes a turn when an event forces Blythe to face the truth about her past. 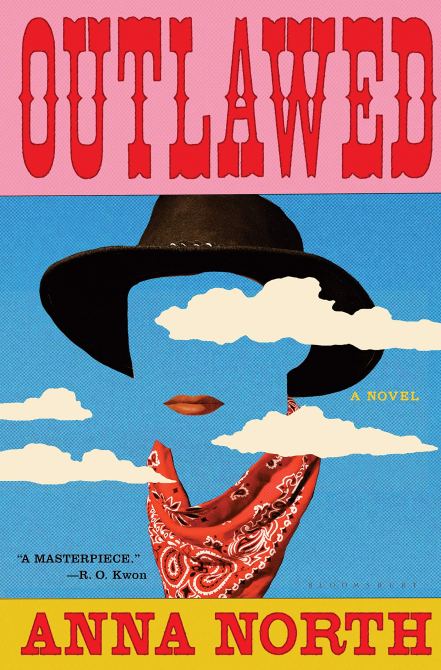 Anna North’s Outlawed is the feminist western we’ve always wanted. Reese Witherspoon’s January 2021 book club pick, the novel centers on Ada, a 17-year-old who leaves her perfect life with her husband and her job as an apprentice to her midwife mother to join a band outlaws known as the Hole in the Wall Gang. Her decision comes after a year of marriage passes and she still isn’t pregnant in a town where barren women are hung as witches. . 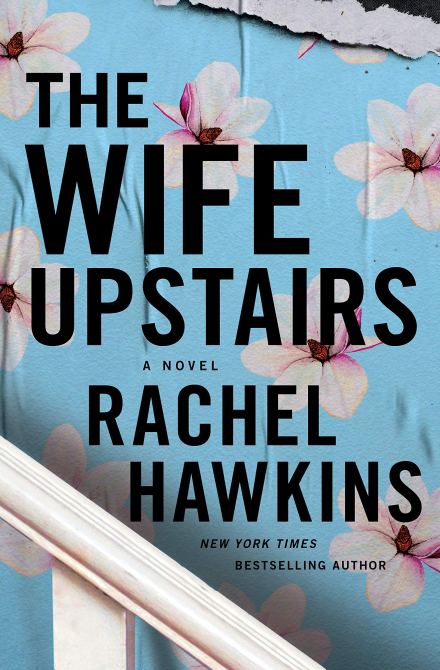 The Wife Upstairs by Rachel Hawkins

Rachel Hawkin’s thriller, The Wife Upstairs, tells the story of Jane, a newly arrived woman in Birmingham, Alabama, who works as a dog walker in the Thornfield Estates, a gated community of massive mansions and bored housewives. There, Jane meets Eddie Rochester, a recently widowed man and the estates’ most mysterious resident. Eddie’s wife, Bea, drowned in a boating accident with her best friend, but as Jane falls for Eddie, she becomes more haunted by the wife he had. 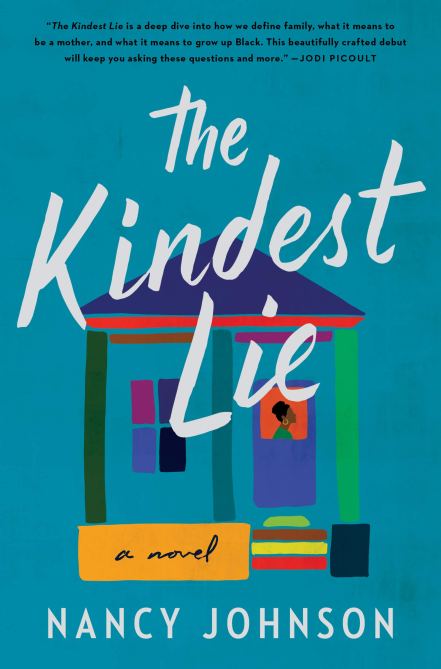 The Kindest Lie by Nancy Johnson

In Nancy Johnson’s The Kindest Lie, Ruth Tuttle, an Ivy-League educated Black engineer in Chicago, is ready to start a family but can’t stop thinking about the baby she gave birth to (and had to leave behind) when she was a teenager. Though she tries to keep the past in the past, Ruth starts to dig once she returns to her Indian factory town and uncovers a secret that her family kept hidden. 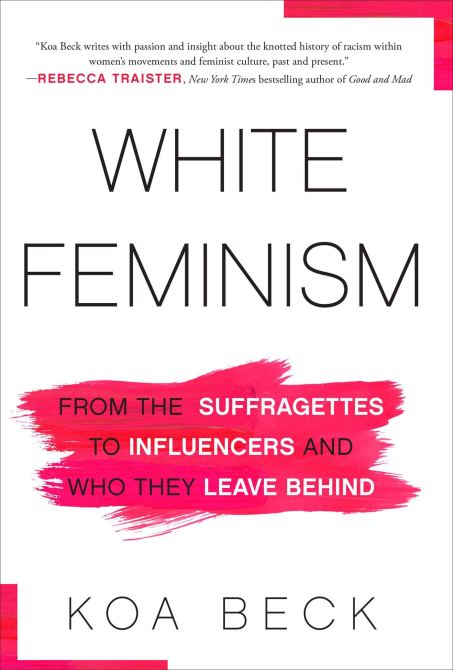 White Feminism: From the Suffragettes… 27.00
buy it

White Feminism by Koa Beck, a former editor-in-chief of Jezebel, examines the history of feminism, from the true mission of the suffragettes to the rise of corporate feminism and influencers. With a blend of pop culture, historical research and first-hand storytelling, Beck shows readers how many overlooked communities of women have been shut out of the feminist discourses for years. 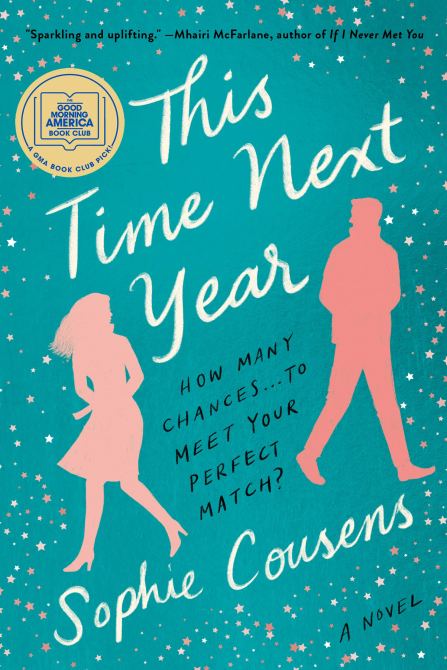 This Time Next Year by Sophie Cousens

Good Morning America’s December 2020 book club pick, This Time Next Year follows a 30-year love story between Minnie Cooper and Quinn Hamilton, two people who were born at the same London hospital at the same time just after midnight on New Year’s Day 30 years ago. Not only was Quinn given the cash prize for being the first baby born in London in 1990, but he was also given the name that Minnie was supposed to have. When Minnie run into Quinn on their 30th birthday at a New Year’s party of their mutual friend, Minnie wonders why fortune has favored Quinn over her. This Time Next Year is a moving, joyful love story about how fate leads us to people we least expect. 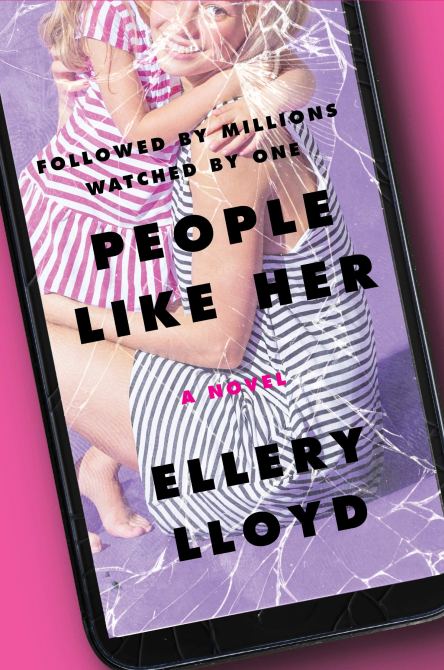 Fans of YOU and A Simple Favor will love this social media thriller. People Like Her follows Emmy Jackson, more known to her her millions of followers as the “Instamum” @the_mamabare. In her marriage with her washed-up novelist husband, Emmy is the breadwinner. Most of her money comes from monetizing the intimate details of her family’s life. To her millions of followers, Emmy seems to have everything, but for one follower, she deserves none of it. People Like Her is a suspenseful, psychological thriller about the dark sides of social media celebrity, technology and influencer culture. 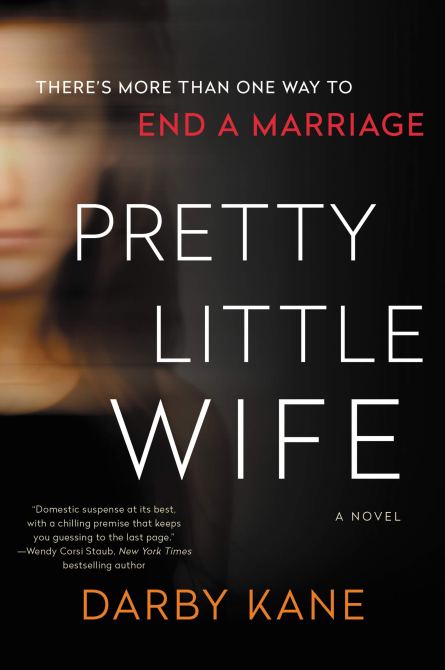 Darby Kane’s debut novel, Pretty Little Wife, follows Lila Ridgefield, a woman who lives in a idyllic college town where a student vanished months ago. Now, Lila’s husband, Aaron, is also missing—and Lila is the last person to see his body. The case is soon connected to another third unexplained disappearance and the police are desperate to find an answer. 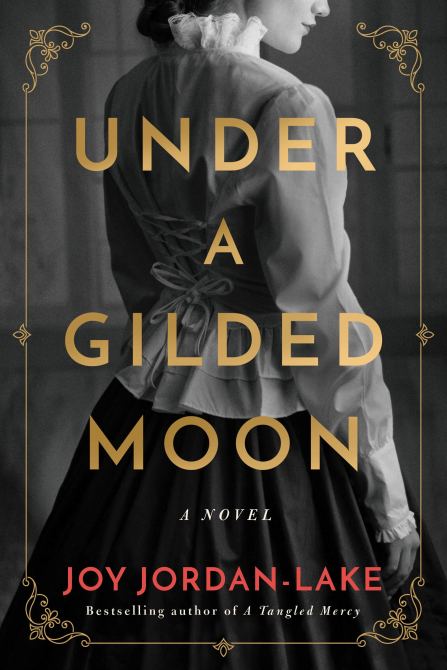 Under a Gilded Moon by Joy Jordan Lake

Readers of Where The Crawdads Sing will love this historical fiction mystery. Under a Gilded Sun centers on the Biltmore House, a North Carolina mansion built by the Vanderbilts, American royalty, that it’s in its final stages of construction. After two years at college in New York City, Kerry MacGregor returns to North Carolina to learn that her family’s land is among the last pieces of land needed to built the Biltmore. When more outsiders arrive in the North Carolina town (a fugitive from Sicily, a hungry reporter, a scandalized debutante and a reckless conservationist), Kerry finds herself caught in a class war. 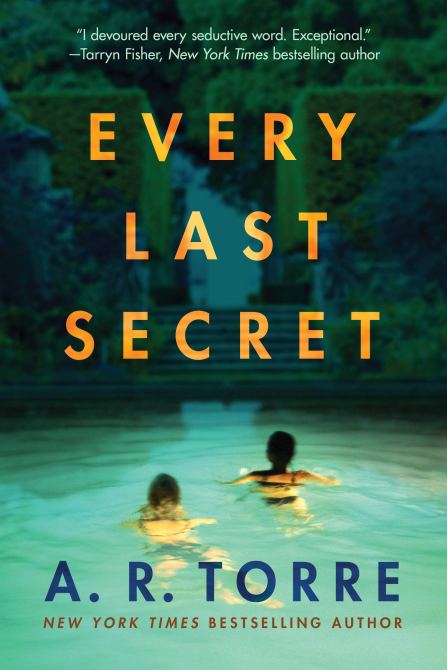 Every Last Secret by A.R. Torre

Every Last Secret follows Cat Winthorpe, a woman who seems to live a perfect life with her kids, her handsome and successful husband, William, their beautiful home and their enviable social standing. When a neighbor moves in next door, Cat is met with Neena Ryder, a woman unlike herself. As Neena and Cat’s friendship deepens, so does Neena’s secret obsession with Cat’s life, the life she always wanted. 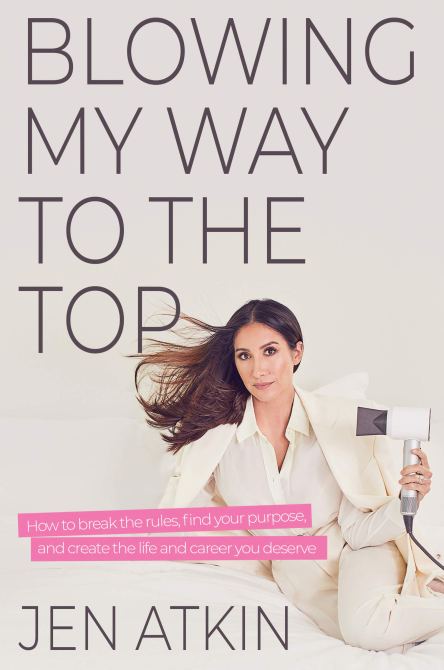 Blowing My Way to the Top by Jen Atkin

Written by celebrity hairstylist Jen Atkin, Blowing My Way to the Top is an inspiring, laugh-out-loud memoir about Atkin’s journey from a young girl who grew up in a conservator Mormon community to the founder of the hair care brand, OUAI, and an A-list hairstylist who has worked with stars like Kim Kardashian, Kendall Jenner and Chrissy Teigen. Blowing My Way to the Top also offers reader candid advice on what it takes to succeed in business in a male-dominated industry. 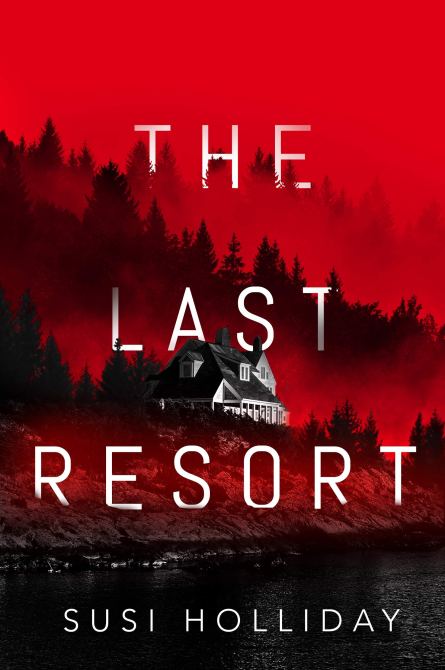 The Last Resort by Susi Holliday

Fans of Agatha Christie and 2020’s The Guest Live will breeze through this whodunnit. The Last Resort follows seven strangers who are invited to an all-expenses paid retreat at a private island to test a brand-new product for Timeo Technologies. However, their vacation becomes a nightmare when the guests learn that they’re forced to wear a memory-tracking device that reveals their dark and shameful secrets to those around them. 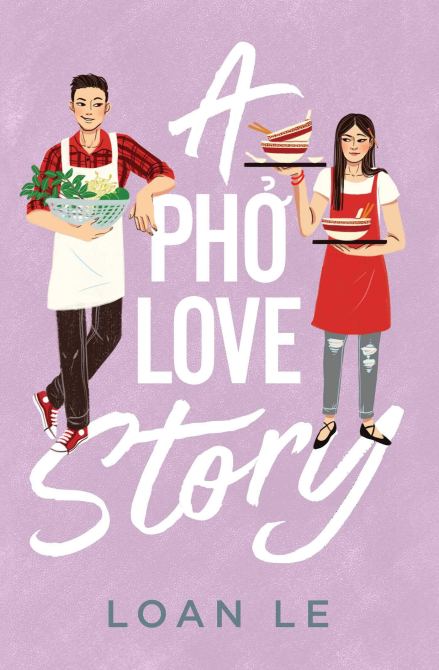 Bao Nguyen and Linh Mai are the children of rival pho restaurants who have been in competition for years. Both of them have suspicions that their families’ years-long feud is deeper than a competition over who can sell the better Vietnamese noodle soup. These suspicions are confirmed when Linh and Bao meet and are taken aback by their instant connection, despite their families’ hatred of each other. A Pho Love Story is a Vietnamese-American Romeo and Juliet about two teens whose love story goes beyond pho and restaurant rivalry. 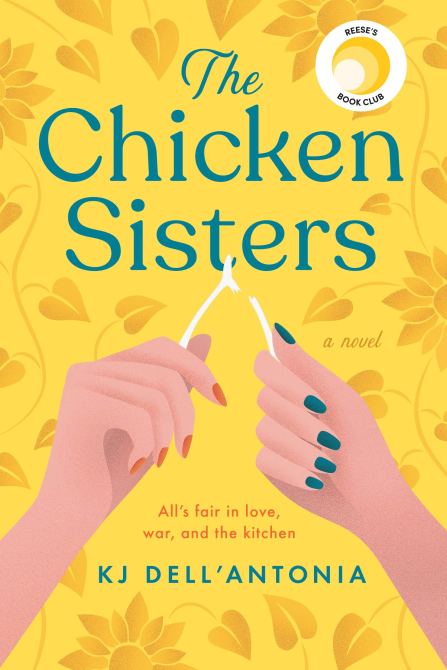 The Chicken Sisters by KJ Dell’Antonia

The Chicken Sisters by KJ Dell'Antonia $11.98
buy it

The December 2020 pick for Reese Witherspoon’s book club, The Chicken Sisters follows three generations of Kansas women. Amanda Moore is a 35-year-old widow who grew up working with her mom at Chicken Mimi’s, a century-old chicken shack who’s known for one of the best friend chicken in Kansas, along with Chicken Frannie’s. After marrying Frank Pogociello, Amanda switched sides from Mimi’s to Frannie’s, the restaurant’s competitor. Tired of the war between the two, Amanda sends a message to Food Wars, a reality TV cooking competition that promises $100,000 to the winner and the official title of the best fried chicken. 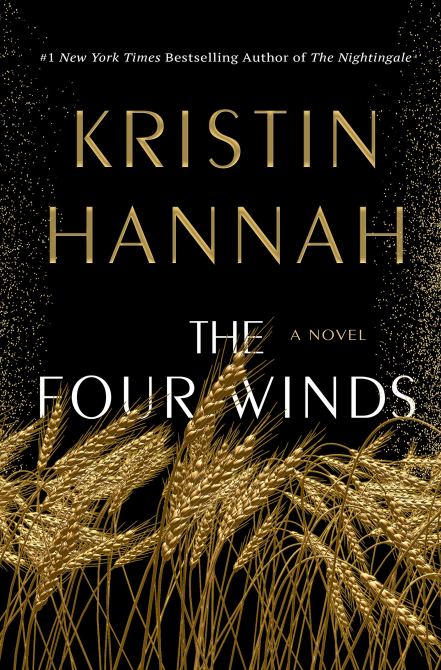 The Four Winds by Kristin Hannah

Fans of Netflix’s Firefly Lane will love this book about love, heroism and hope. Written by Kristin Hannah (the same author of the book Firefly Lane that Netflix’s show is based on), Four Winds is set in 1934 Texas and follows Elsa Martinelli, a woman in the midst of the Great Depression in the Dust Bowl era who must make a choice whether to fight for the land she loves or travel west to California.