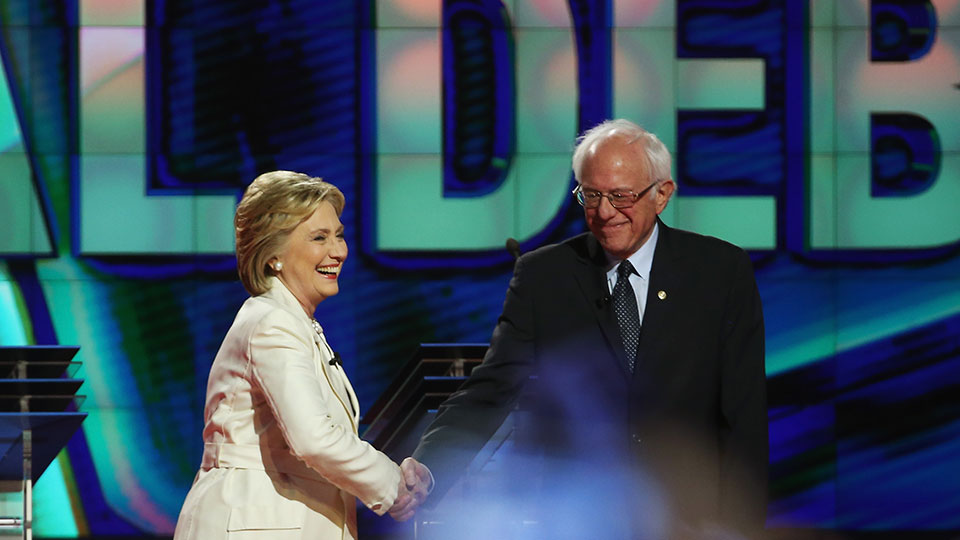 After a long fight during the primaries and months of head-butting over policy issues, Vermont Senator Bernie Sanders has officially endorsed Hillary Clinton for the Democratic presidential nomination today at a rally in New Hampshire. Sanders follows President Barack Obama, who endorsed Clinton in June.

As Clinton and Sanders stood in front of an American flag and a banner showcasing Clinton’s campaign tagline, “Stronger Together,” Sanders stepped up to congratulate the Democratic nominee. “I intend to do everything I can to make certain that [Clinton] will be the president of the United States,” he said. “I have come here to make it as clear as possible why I am endorsing Hillary Clinton and why she must become our next president.”

MORE: Where the Election Candidates Stand on Equal Pay

Clinton thanked Sanders profusely, and the former rivals hugged. “With your help, we’re joining forces to defeat Donald Trump, win in November, and build a future we can all believe in,” said Clinton. “I am proud to be fighting alongside you because, my friends, this is a time for all of us to stand together.”

It’s a moment of relief for the Democratic party, which has been deeply divided between the two candidates. Though Clinton still has a lot of work to do to win over the 13 million voters who went with Sanders in the primary (15 percent of whom have not committed to voting for her yet), Sanders’s endorsement is one big step towards that goal as she marches toward the July 25 Democratic convention and general election.

MORE: Why 5 Millennial Women are Voting for Trump Over Clinton